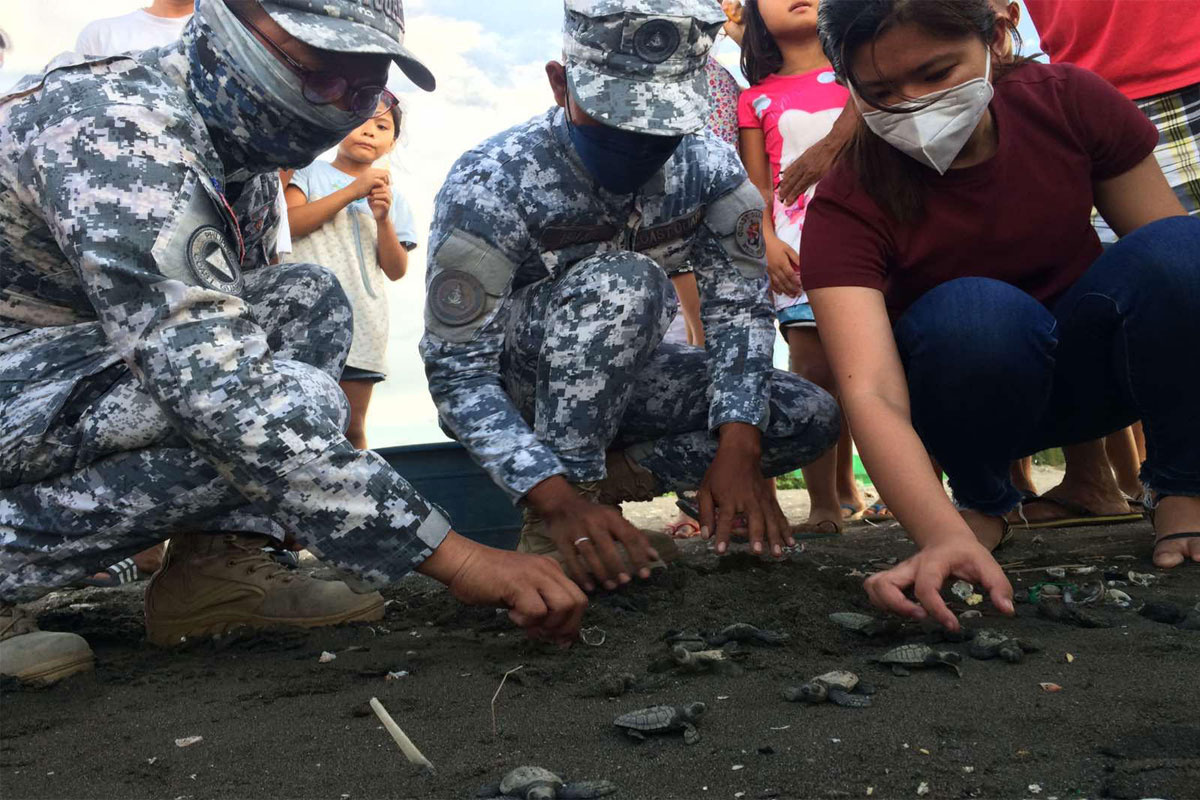 ROSARIO, Cavite – Exactly 18 new hatchlings of the Olive Ridley Sea Turtles breed were released into the sea off Isla Bonita in Barangay Bagbag, April 22, 2022, in celebration of International Earth Day.

It will be recalled that on March 3, 2022, fishermen witnessed a turtle laying eggs on the sandy part of Isla Bonita shore. It was later named “Putol”.

The mother Olive Ridley Sea Turtle was called “Putol” because of the broken leg on its left rear side.

According to Llanoza, baby turtles have to walk on the sand because of the earth’s magnetic field. “It is possible that they will return again after 20 years to give birth,” Llanoza added.

It is said that there are two to five times when a turtle gives birth in the same place and time.