Journal News / Mysterties / Area 51, UFOs and Aliens: Can We Be Sure of Anything That We Have Been Told? Probably Not 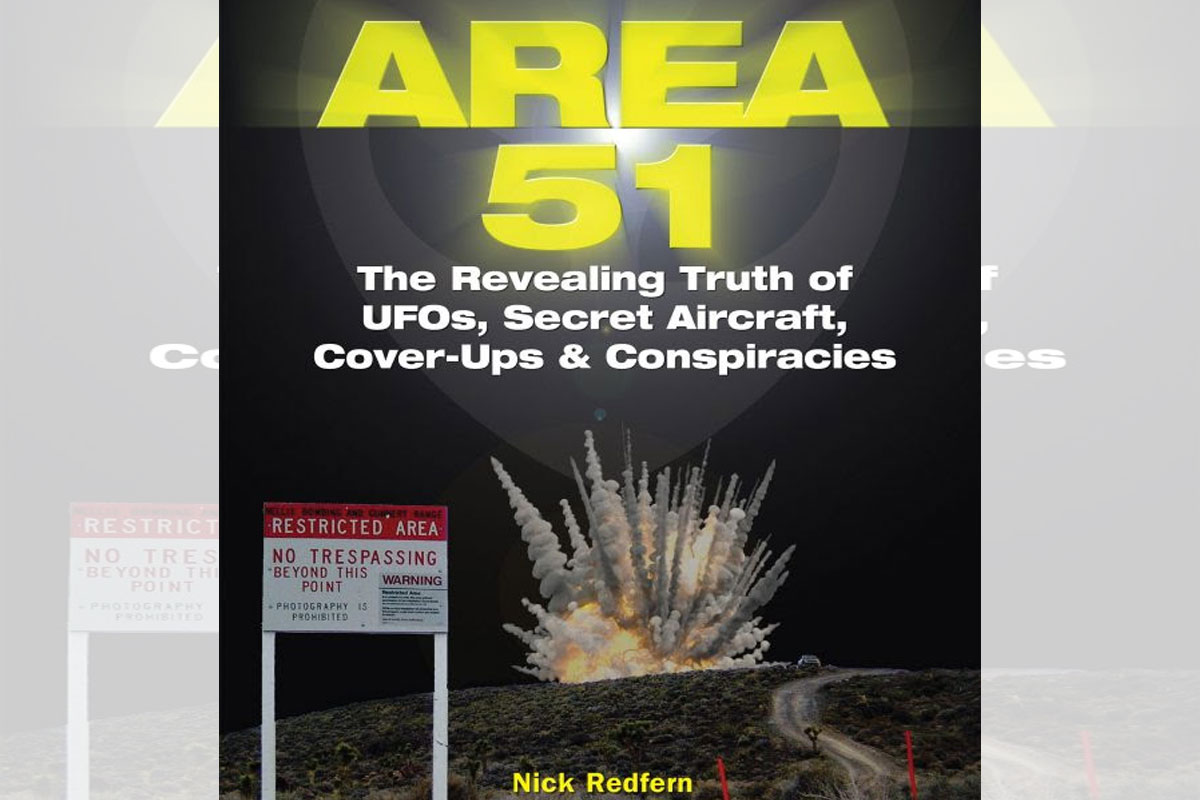 Area 51, UFOs and Aliens: Can We Be Sure of Anything That We Have Been Told? Probably Not

It’s a fact that the origins of Area 51 date back to the early years of the Second World War. The Nevada Test and Training Range soon came to fruition and planted the seeds for what would come in the mid-1950s: Area 51. Highly advanced aircraft, such as the U-2, the SR-71 Blackbird, the Stealth Fighter and the Stealth Bomber were all secretly test-flown from Area 51. Probably the almost legendary Aurora, too. In that sense, many might say, there is no doubt that Area 51 has a valid reason for keeping just about everything under wraps. Indeed, considering the fact that those aforementioned aircraft were being built, tested, and flown when the Cold War was still in place and the Soviet Union had still yet to fall, one can easily see why measures would be taken to ensure that the U.S. Government’s most advanced aircraft would be subject to incredible secrecy. But, is there just too much secrecy for a squadron or several of radical, futuristic aircraft? Maybe. Perhaps not. As we have seen over the years and decades, there is one thing – more than any other – that sets Area 51 apart from just about every other military or government facility in the United States: it’s the sheer extent of the government’s determination to make sure that absolutely nothing gets out of Area 51 and no-one gets in. Of course, and particularly so in today’s climate of uncertainty and threats of nuclear attacks, everyone needs to be vigilant. And that includes everyone who works out at Area 51, too. They are, when all is said and done, just like us, regular people with lives and families. The big difference, though, is that they know the reasons for so much secrecy and we don’t. 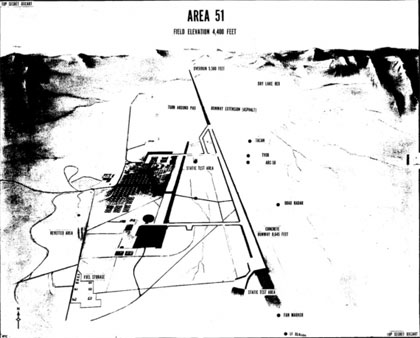 It would be hard – in fact, impossible – to find a military installation in the United States that protects its secrets to a greater degree than Area 51. People have been forced to leave their homes and their land – solely due to U.S. Government concerns and worries that those same people just might see something they shouldn’t see. Those who stray too close to portions of the Nevada desert that the staff of Area 51 would prefer to keep under wraps risk large fines, imprisonment and even death, and all in the name of national security. Aircraft are banned from flying close to or over Area 51. They can even be shot down out of the sky, if circumstances dictate and warrant such drastic action. When, in 1974, NASA’s astronauts on-board Skylab took an aerial photo of the base, all hell broke loose in the defense- and intelligence-based communities of the United States. The CIA and the Department of Defense quickly got involved. Major concerns were expressed about how on Earth (or, in this case, off it) such a thing could have happened. Secret files were created, most of which have never publicly surfaced. Motion-detector equipment peppers the landscape. Cameras are everywhere. Guards patrol the local roads for any perceived suspicious characters. Night-vision technology ensures that no-one can penetrate the base in the early hours of the morning.

The government practically refuses to acknowledge not just the existence of Area 51, but even its name. That same government refused to offer help on the 1996 movie Independence Day, and all because a substantial portion of the movie revolved around Area 51 and the 1947 incident at Roswell, New Mexico. All of the above is astonishing. No facility in the United States comes even close to the level of secrecy and paranoia that surrounds Area 51. That brings up an important question: is all of this overwhelming secrecy just in place to protect next-generation after next-generation of aircraft? Or, are the rumors and the whispers true? You know the ones, of course: the claims that deeply hidden at Area 51 are the remains of the Roswell wreckage, recovered flying saucers, and alien corpses. Maybe, even living aliens are at the base, too. Regardless of where you, me and everyone else stands on the matter of what goes on at Area 51, there can be no doubt that it is the UFO-driven rumors and revelations which attract so much attention. Certainly, there’s no doubt that it was Bob Lazar who, in the late 1980s, set the wheels in motion for the controversy to begin and for the media and the public to sit up and take notice. And, as we have seen, accounts relative to aliens and UFOs – all in relation to area 51 – abound, and have done so for decades. 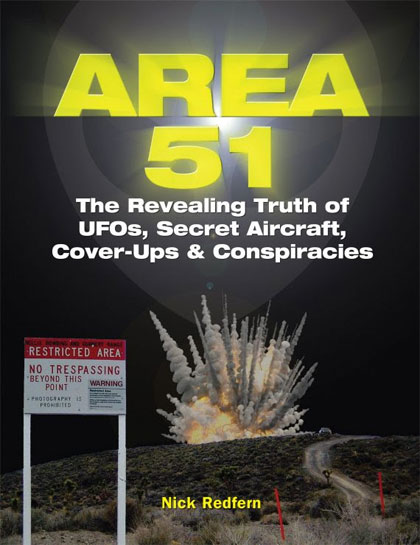 Consider the following: Annie Jacobsen’s source, Alfred O’Donnell, told her that the Roswell wreckage and the grossly mutated human crew were secretly transferred to the Nevada Test and Training Range in 1951, after previously being secretly stored at Wright-Patterson Air Force Base, Dayton, Ohio. The story suggest the bodies may well still be stored there. Perhaps in a museum-like state. The alleged May 1953 crash of a UFO in Kingman, Arizona also had a connection to the Nevada Test and Training Range. The so-called “alien interview” footage led many to believe that living aliens are housed somewhere at Area 51. Boyd Bushman told incredible stories of alien life and Area 51 connections. But, it was Bob Lazar – more than anyone else – who defined the beliefs and suspicions, and who still defines those beliefs and suspicions about Area 51. Another thing: we should note there are certain threads running through the tales of UFOs at Area 51 that should make us cautious of what we are told. Let’s not forget that Lazar, himself, told of how his mind may have been messed with – possibly using updated MK-Ultra-type technologies. Certain portions of his memories were wiped clean. He felt that his very brief glimpse of a small creature at S-4 may have been a staged event; an event designed to make him think that live extraterrestrials were hidden at the base, when they may not have been. 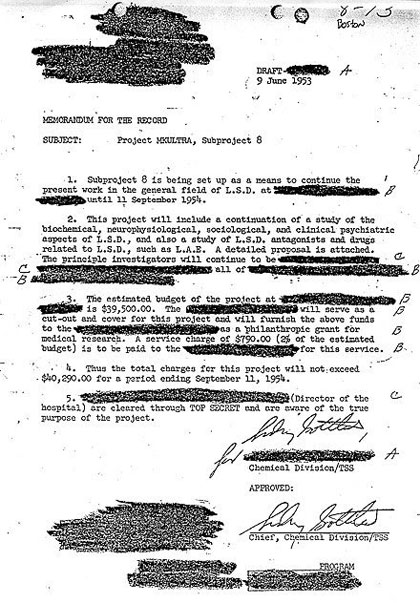 Note: The CIA document above was created by the U.S. Government. It is in the public domain, having been released by the terms of the U.S. Freedom of Information Act.

There can be no doubt that the alien angle of the history of Area 51 excites many. Maybe that’s what the U.S. Government is counting on. After all, not even the power of all the military-, defense-, and intelligence-based agencies in the United States can prevent a few leaks of classified information. So, perhaps to keep eager Ufologists away from stumbling on covert programs concerned with new aircraft designs, next-generation weapons-systems, mind-control techniques and more of a down to earth nature, they swamp those same Ufologists with enticing tales of extraterrestrial conspiracies, the Roswell affair, and interviews with a sickly creature from another world. For the people at Area 51, it may be a case of this: if you can’t plug the genuine leaks, then swamp them with far more tantalizing and enticing tales of E.T. A good argument could be made that this is exactly what has happened. At times, the targeted people might have been patriotic American citizens who overstepped the mark in their quests to find out if alien life really does hang out at Area 51. On other occasions, and particularly during the Cold War, the targets may have been Soviet spies, seeking the very same answers. Dangling an alien carrot – so to speak – would be the perfect way to reel in and arrest eager Russian agents. And if that carrot never really existed – except in the minds of those running the disinformation programs – then all the better.

Something that dates back decades has prompted the U.S. Government to turn Area 51 into a veritable impenetrable fortress, to steal peoples’ land and kick them to the curb, to threaten inquisitive souls at gunpoint, to chastise NASA for daring to take an overhead photo of the base, and to try and bully Hollywood movie-makers from making references to the installation. Is this all about secret aircraft? Aliens? Both? Even after the wild ride that this article details, we still don’t know. It is, perhaps, highly appropriate to end this article with the words of David Duchovny’s character of FBI Special-Agent Fox Mulder in The X-Files. Episode seventeen of the first season is titled “E.B.E.,” (which is said to be an abbreviated term used by staff at Area 51 to describe aliens: “Extraterrestrial Biological Entities”). As the episode comes to an end, Mulder says to one of his well-informed sources on the inside, dubbed Deep Throat, “I’m wondering which lie to believe.” We can all surely relate to that. Unfortunately, though, it doesn’t make things any easier for us. But, for “THEM?” Hell, yes!