Journal News / Mysterties / The Strange Story of the Tombstone Pterodactyl 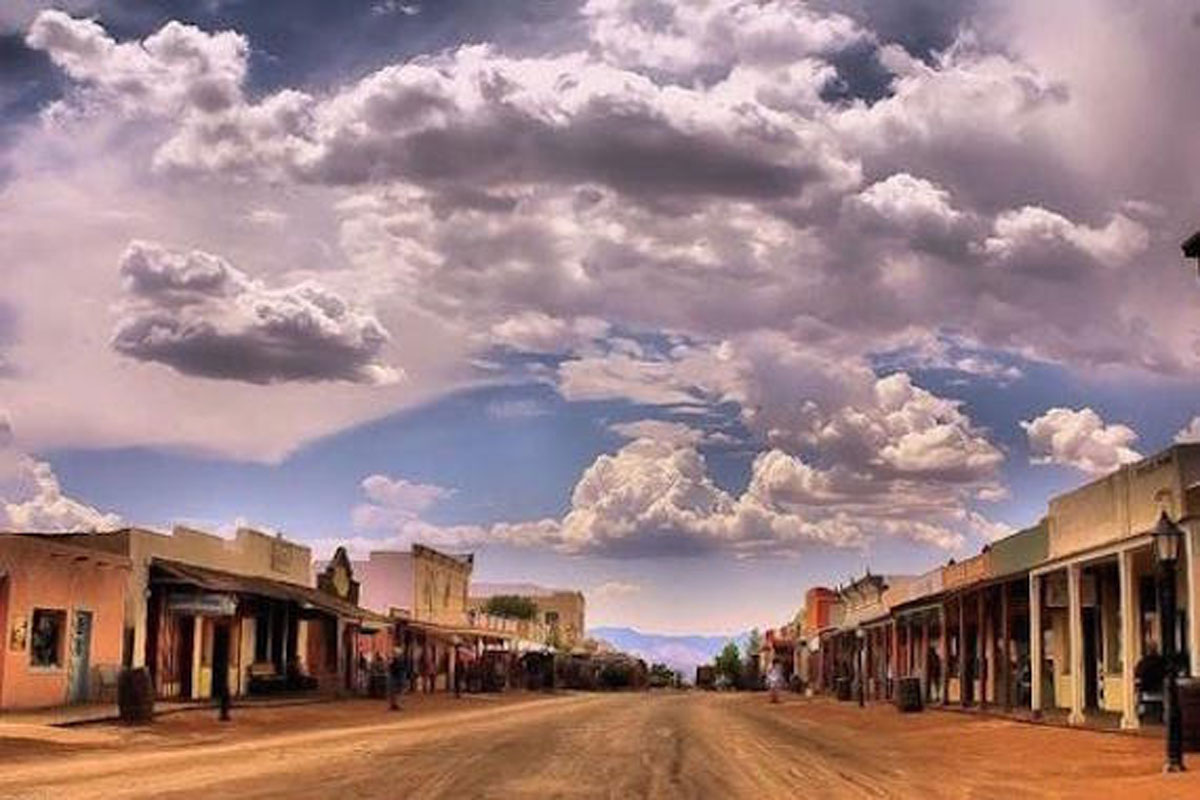 One area of cryptozoology is that of giant flying reptiles that have managed to remain elusive and unexplained, and one area where such things have been sighted is the American southwest, with tales of dinosaurs here going back to the frontier Wild West days of cowboys and Indians. Among some of the most talked about and famous of the dinosaurs of the West are the various large, pterodactyl-type creatures said to have been sighted throughout the 1800s and beyond, and which were already known to the Native peoples of the region as “Thunderbirds.” One such account was reported from the town of Tombstone, Arizona, a historic boomtown most famous for its Gunfight Behind the O.K. Corral in 1881, and is pretty much everything one imagines when thinking of a dusty old west town out of a Western flick. Here there would unfold a rather bizarre tale of a mysterious winged reptile, which has managed to capture the imagination to this day.

Besides gunfights, cowboys, saloons, and a once thriving silver industry, the town was also the location for one of the stranger and oft discussed accounts of cryptozoology. The Tombstone Epitaph on April 26, 1890 included a case of a rather curious encounter. The article details the fantastic account of some sort of huge, winged creature which was found by two ranchers in the desert region between the Whetstone and Huachuca mountains. The monstrous thing was said to look somewhat like an alligator with an elongated tail and a set of massive, bat-like wings. When it was found, the creature was allegedly exhausted, and only capable of short bursts of flight. The two curious ranchers then were said to have pursued the strange creature for several miles on horseback as it took to the air to retreat in short, sporadic flights, occasionally getting within range to unleash upon it with their rifles and wounding it in the process. At one point, the injured monster apparently turned on the men in aggression and defiance, at which point they were able to shoot it dead. Afterwards, the ranchers claimed to have measured it and found the body to be roughly 92 feet in length, with two feet that were joined to the body just under massive wings that were awkwardly folded under the body. When the wings had been properly stretched out they were said to be around 160 feet in diameter from tip to tip, and the enormous head of the beast was reported as measuring 8 feet long, with strong jaws filled with formidable, sharp teeth and eyes the size of “dinner plates.” The wings were apparently covered by some sort of thin membrane, and the whole body covered with rather thin, almost translucent skin without hair or feathers. 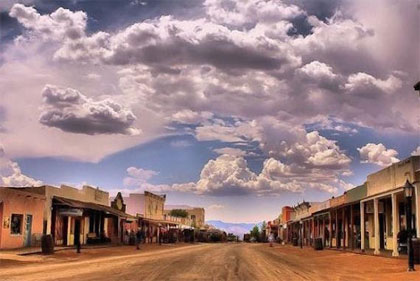 The ranchers reportedly chopped off a portion of one of the creature’s wings to take with them, after which they supposedly made arrangements to have the beast skinned and examined by scientists. It is unclear if that ever happened or not. The article simply ends on a note of excitement about what will be uncovered, but nothing is really known about what happened after this rather amazing story or what became of the alleged carcass. This account has drawn a fair amount of criticism, not only because of the sheer, ludicrous size description of the thing, but also because it seems like a story tailor-made to bring in tourists and money to the town. At the time, the once prosperous Tombstone had fallen on hard times due to the flooding of several of the silver mines that were the town’s lifeblood, and they were no doubt desperate to put their ailing town back on the map, so a sensational story of fantastic giant flying dinosaurs might have been one way to do it. The fact that such an amazing tale, which would have taken the scientific world by storm, was not mentioned in any of the other local newspapers, nor any apparent photograph taken of it, just makes the whole thing more suspicious. There was also the habit of papers of the time to generously exaggerate stories or even make them up entirely.

The bizarre story would not end there, and would indeed evolve into one of cryptozoology’s great mysteries. In 1966, after decades of debate as to the authenticity of the story of the “Tombstone Pterodactyl,” a writer by the name of Jack Pearl claimed that there was indeed a photo of the Tombstone creature, or at least one very much like it, which had been published in another article in the Tombstone Epitaph in 1886. The article allegedly said that a group of prospectors had carted the dead monster into town and pinned it to a barn wall for a photo. The picture apparently shows six men standing with arms outstretched before the winged beast, and its size estimated to be around 36 feet from wingtip to wingtip.

The story of this photo’s existence was corroborated by writer H.M. Cranmer in a 1963 article in Fate Magazine, and renowned cryptozoologist Ivan Sanderson claimed that he had actually owned a photocopy of the photo but that it had been lost. From there, the legend of the now notorious “Thunderbird Photo” really took off. People began to come out of the woodwork swearing they had seen the photo on TV, in books, or in magazines, but in every case no actual copy could ever be tracked down. The question of the elusive photo’s existence became a popular topic within the realms of cryptozoology and Forteana, inciting heated debate and speculation, and the search for the lost photo became sort of a Holy Grail within the field. 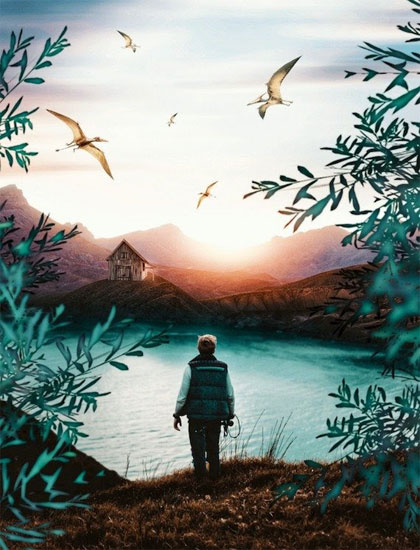 In depth investigations into the claims of the photo being printed in the Tombstone Epitaph were carried out, yet looking back deeply into the newspaper’s archives showed that no such picture was ever published and there had been no follow up article. Others searched all editions of various books in which people had sworn they had seen the photo, but it turned out that no such photo had ever been published in any of them. Some people have sworn that the picture was most certainly in a particular book, only to find that the photo was gone when they looked there. Over the years photos have been occasionally brought forward and claimed to be the supposed lost Thunderbird photo, but none of them seem to be exactly what was described in the original or what people insisted they remembered seeing.

So what is going on here? How can so many people vividly and irresistibly remember seeing this photograph, so adamantly convinced that it is real, yet be totally unable to find a copy or any proof whatsoever of its actual existence? All kinds of theories have been thrown around trying to explain how so many people could remember seeing a photo that seemed to not exist, ranging from the rational to the decidedly fringe. One idea is that it is simply a mass false memory, or a shared memory instigated and propagated through the power of suggestion, while more far-out ideas postulate time warps, time travelers stealing the copies or even preventing it from ever being taken, as well as the notion of the photo somehow erasing itself from reality. The lost Tombstone Thunderbird photograph and the story behind it remain a persistent and compelling mystery and subject of debate, and there are those who continue to doggedly search for it.

Area 51, UFOs and Aliens: Can We Be Sure of Anything That We Have Been Told? Probably Not