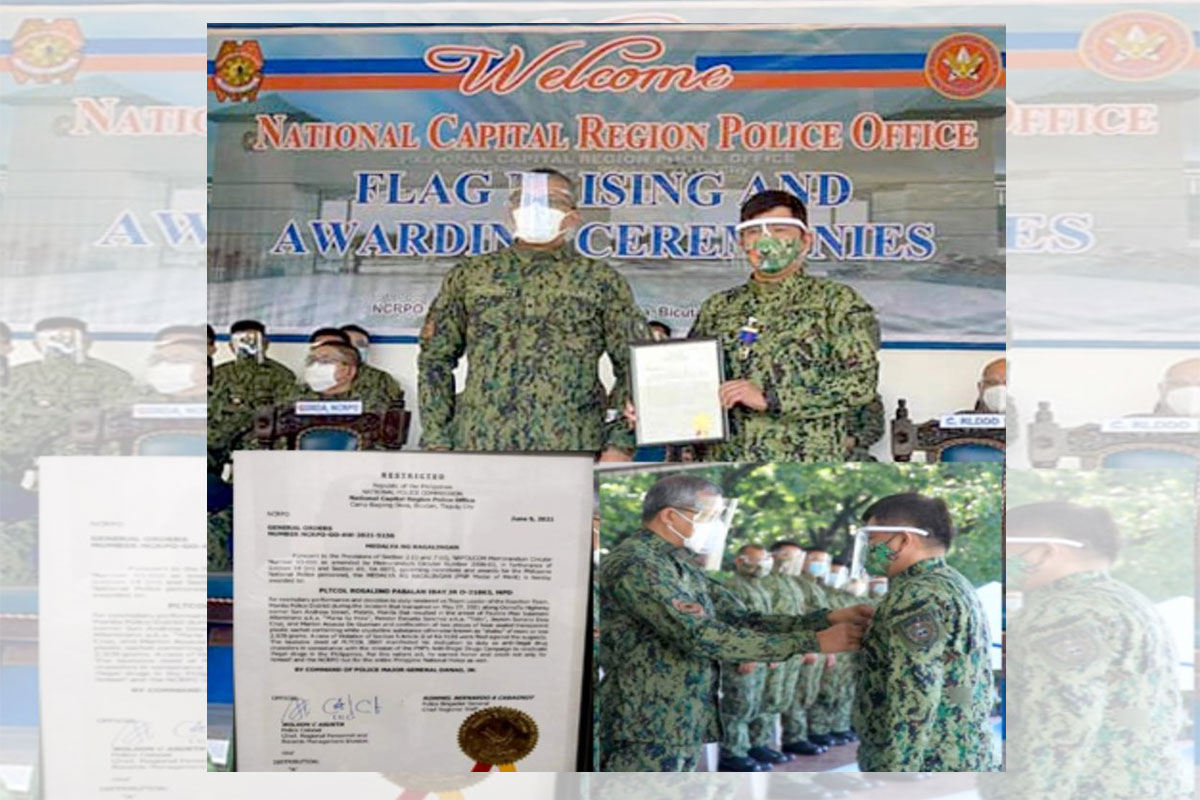 Ibay was cited for his performance in the incident that occurred on May 27,2021 along Osmeña Highway corner San Andres St,.Malate, Manila that resulted in the arrest of Pauline Mae Salamero Altamerano a.k.a. Maria Sy Hola, Rendor Escueta Sanchez a.k.a. Toto, Jayson Soriano Dela Cruz and Marlon Acueza De Guzman and confiscation of two plastic sachets of suspected shabu weighing more or less 2,878 grams.

A case of violation of Section 5 Article II of RA 9165 were filed against the suspects.,

“The laudable deed of P.Lt. Col. Ibay manifested his dedication to duty as anti-illgal drug crusader in consonance with the mission of the PNP’s Anti-Illegal Drug Campaign to eradicate Illegal drugs in the Philippines. For his valiant act, he earned honor and credit not only for himself and the NCRPO but for the entire Philippine National Police as well,” said Police Major General Vicente D.Danao Jr.