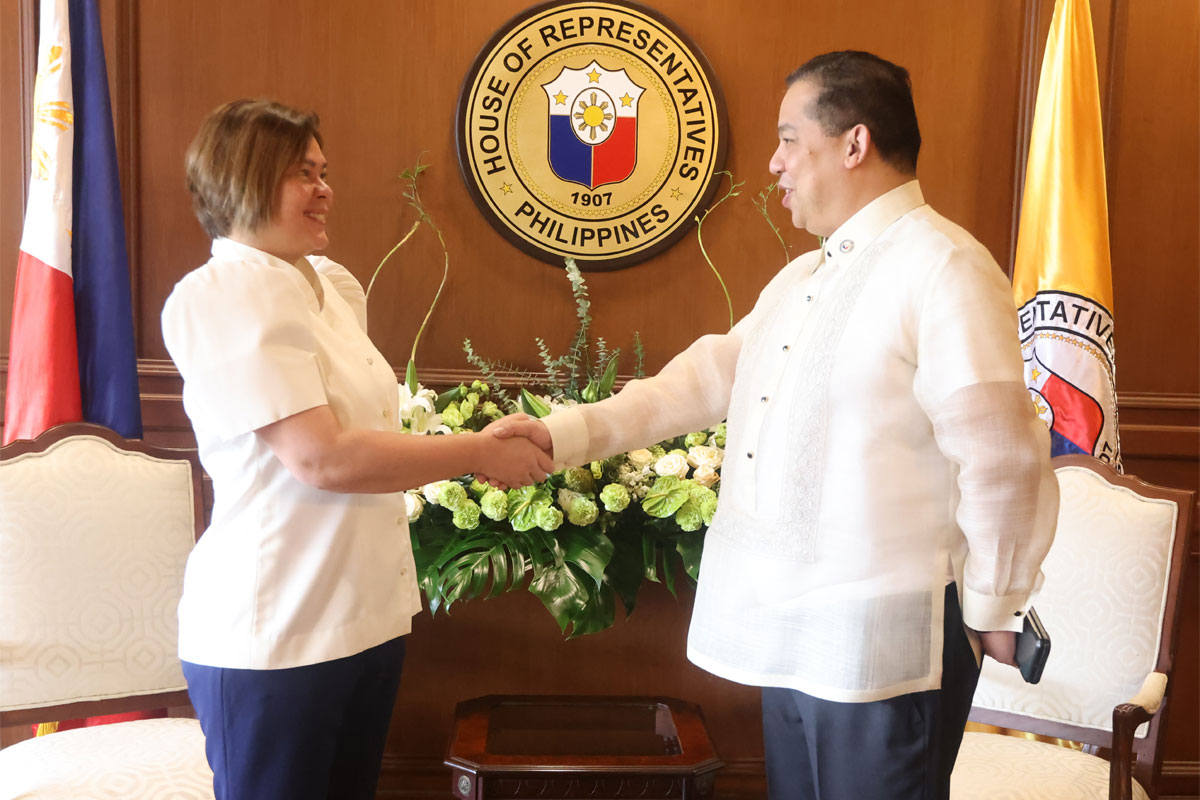 Vice President and DepEd Secretary Sara Duterte pays a courtesy call on Speaker Martin Romualdez at the Speaker’s office in the House of Representatives. Photo by VER NOVENO
Nation, 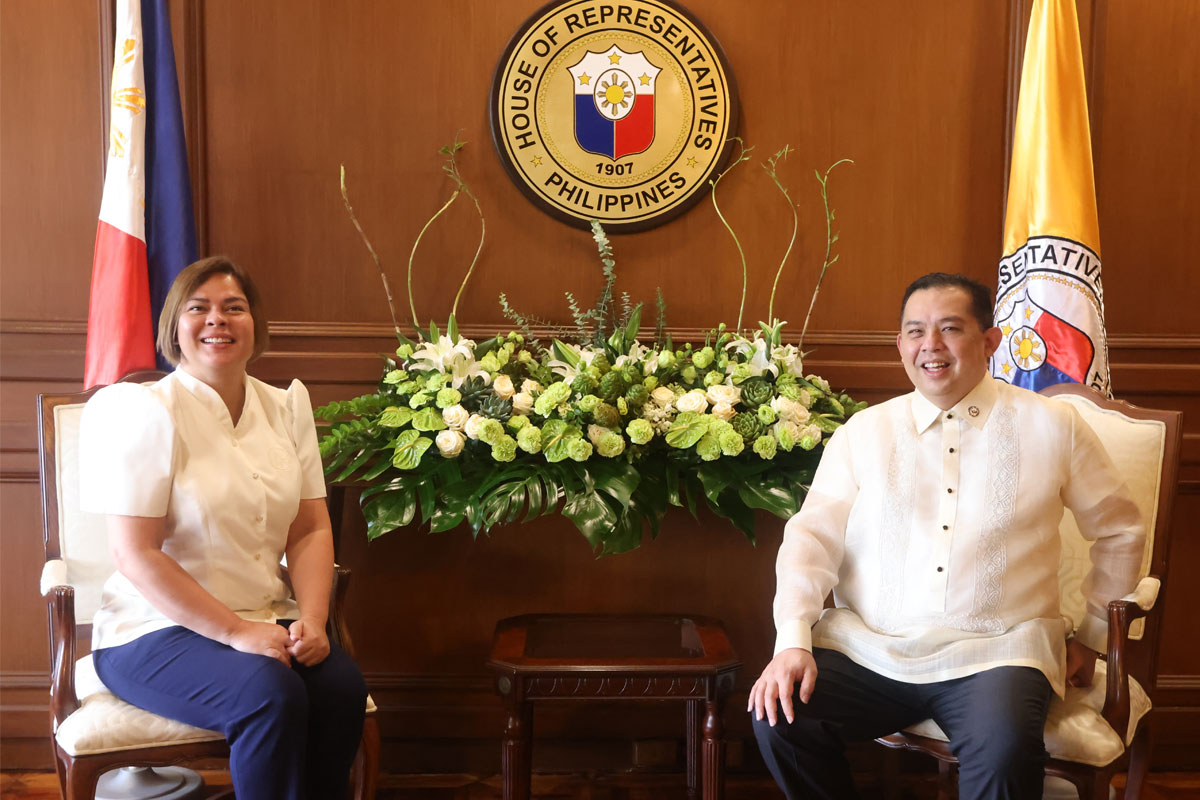 SPEAKER Martin G. Romualdez on Wednesday hailed the exemplary leadership of Vice President and Education Sec. Sara Duterte as he expressed support for the programs of her offices aimed at protecting and promoting the quality of education and a better life for Filipinos.

“You have exhibited once more your exemplary brand of leadership by showing up at the House Committee of Appropriations hearing to defend the budget of the Office of the Vice President (OVP) and the Department of Education (DepEd),” Romualdez said after Duterte paid a courtesy call on him at the Speaker’s Office before the House committee on appropriations briefing on OVP and DepEd’s budget.

The House committee on appropriations led by chairman and Ako Bicol party-list Rep. Zaldy Co swiftly terminated the proposed P2.3-billion budget of the Office of the Vice President (OVP) for 2023.

House Minority Leader and 4Ps Party-list Rep. Marcelino “Nonoy” Libanan moved to terminate the OVP budget out of courtesy to the country’s second highest official of the land.

“While some members of the Makabayan bloc would like to profound questions on some new items in the budget they also join us but rather they will (raise) profound questions in the plenary to extend courtesy to the Office of the Vice President and therefore, Mr. Speaker, I move that we terminate the budget briefing,” Libanan said on his motion duly seconded by Dalipe.

Co also lauded the commendable performance of Duterte, especially in pushing for the resumption of face-to-face classes to improve the quality of education.

“We fully support the proposed P2.31-billion budget of the OVP for 2023, the bulk of which will go towards good governance, projects, and the needed social services,” Co said. “I speak for my colleagues when I say that this committee has full confidence in the VP’s performance of her duties.”

Duterte expressed gratitude to the House leaders led by Romualdez for the very swift termination of its budget.

“If there is anything we can do to help you as an office in your respective mandates, in your legislative districts, and party-list, please do let us know. We are open to collaborations in helping our fellow Filipinos,” Duterte said.