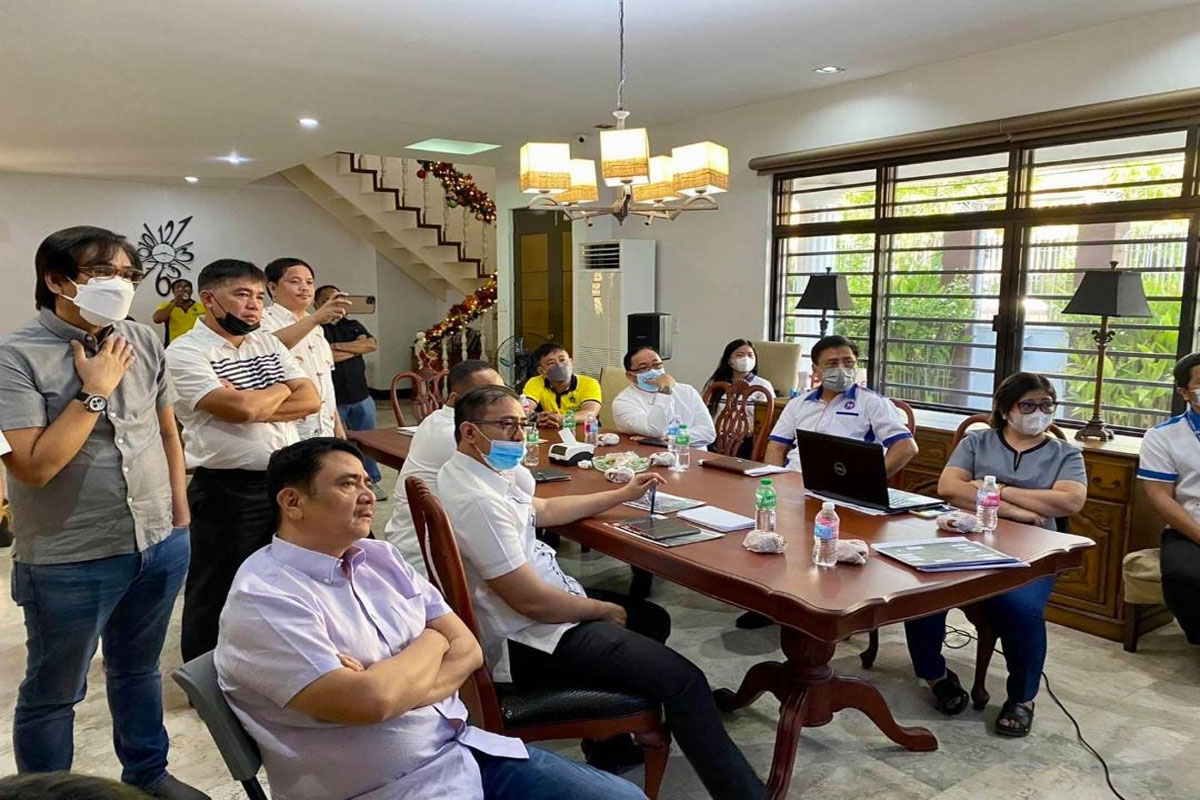 Deputy Speaker Gonzales (seated, left) listens to DPWH and DENR officials on what measures to take to prevent landslides around Mt. Arayat
Provincial,

DEPUTY Speaker Aurelio “Dong” Gonzales Jr. has met with regional officials of the Department of Public Works and Highways (DPWH) and Department of Environment and Natural Resources (DENR) to ask them to take measures to prevent landslides in communities around Mt. Arayat in the town of Arayat, Pampanga.

Gonzales, who represents Pampanga’s third district, which includes Arayat, met with the officials after the onslaught of tropical storm “Paeng” and in preparation for the landfall of tropical depression “Queenie”.

He said residents of Barangay San Juan Baño have complained to him that landslides and debris flows from the summit of the mountain occur whenever there is a typhoon or heavy rain.

The Provincial Government of Pampanga ordered the creation of Mt. Arayat Community Safety Task Force to ensure the safety of residents living near Mt. Arayat.

The PDRRMC has established a Landslide Early Warning System that alerts high-risk communities through barangay-wide sirens and public address systems. MGB is continuously monitoring the area and conducting inspections and surveys.

The DPWH proposed the installation of debris flow barriers along Sapang Maeyagas creek. These barriers are composed of interlinked rings able to stop larger debris flow materials and absorb energy. Water and other small materials may pass through the system.

Other recommendations were the construction of slope protection structures, delineation and avoidance of risk areas, installation of effective early warning devices and evacuation, dredging and maintenance of original drainage and water flow, and clearing creeks.

Gonzales supported the measures that have already been taken by the DPWH, DENR, Arayat local government, and the Pampanga provincial government.