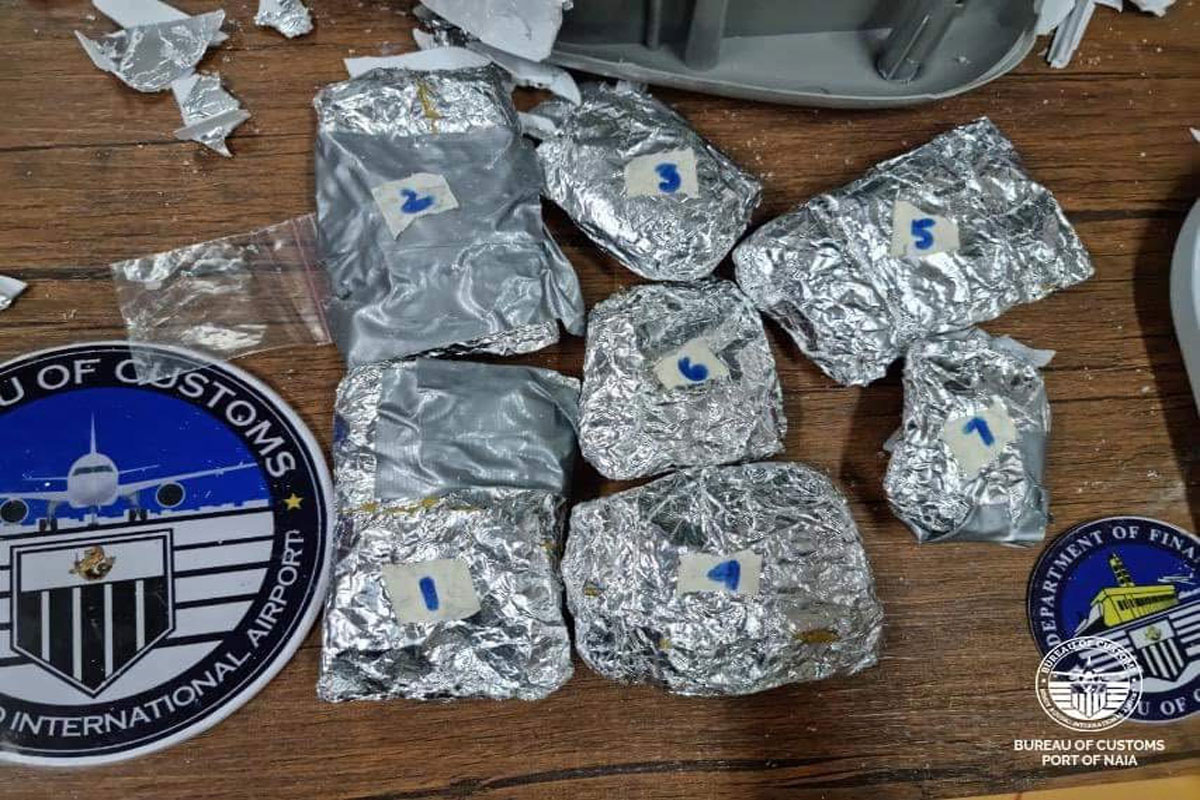 The recovered illegal drugs worth P4 million, and the suspects were questioned by Customs-NAIA-PDEA personnel. Photo courtesy by: CUSTOMS-NAIA
Metro,

Nigerian nat’l nabbed for almost P4M worth of shabu ‘delivery’ 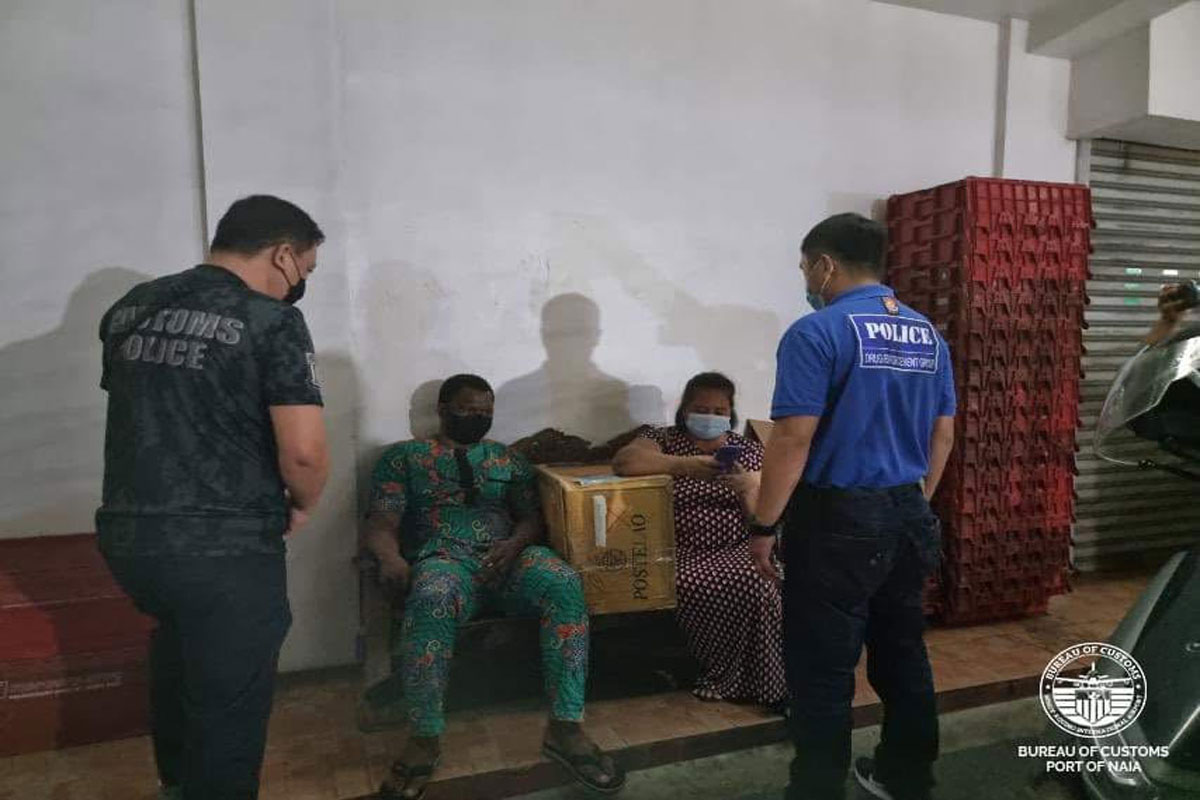 At about 8:20 p.m., a resident of Pasay City and a Nigerian national were arrested after receiving the package at Marcos Alvarez Avenue corner Veraville Homes, Talon Singko, Las Piñas City.

Subsequently, the package was subjected to 100% physical examination. The assigned Customs Examiner found 588 grams of white crystalline substances wrapped in aluminum foil and concealed inside a baby bottle sterilizer and dryer.

Records further show that the package was shipped from Laos and declared the same as an “electric steamer”.

A chemical test conducted by CAIDTF and PDEA confirmed the subject substance was shabu.

The claimants are presently undergoing custodial investigation and eventual inquest prosecution for violation of R.A. No. 9165, otherwise known as the Comprehensive Dangerous Drugs Act of 2002 in relation to Sections 119 and 1401 in RA 10863, also known as the Customs Modernization and Tariff Act (CMTA).

The BOC, under the leadership of Commissioner Rey Leonardo B. Guerrero, and PDEA, under Director-General Wilkins M. Villanueva, will continue to strengthen inter-agency cooperation and coordination to curb illegal drug proliferation thru the country’s border.