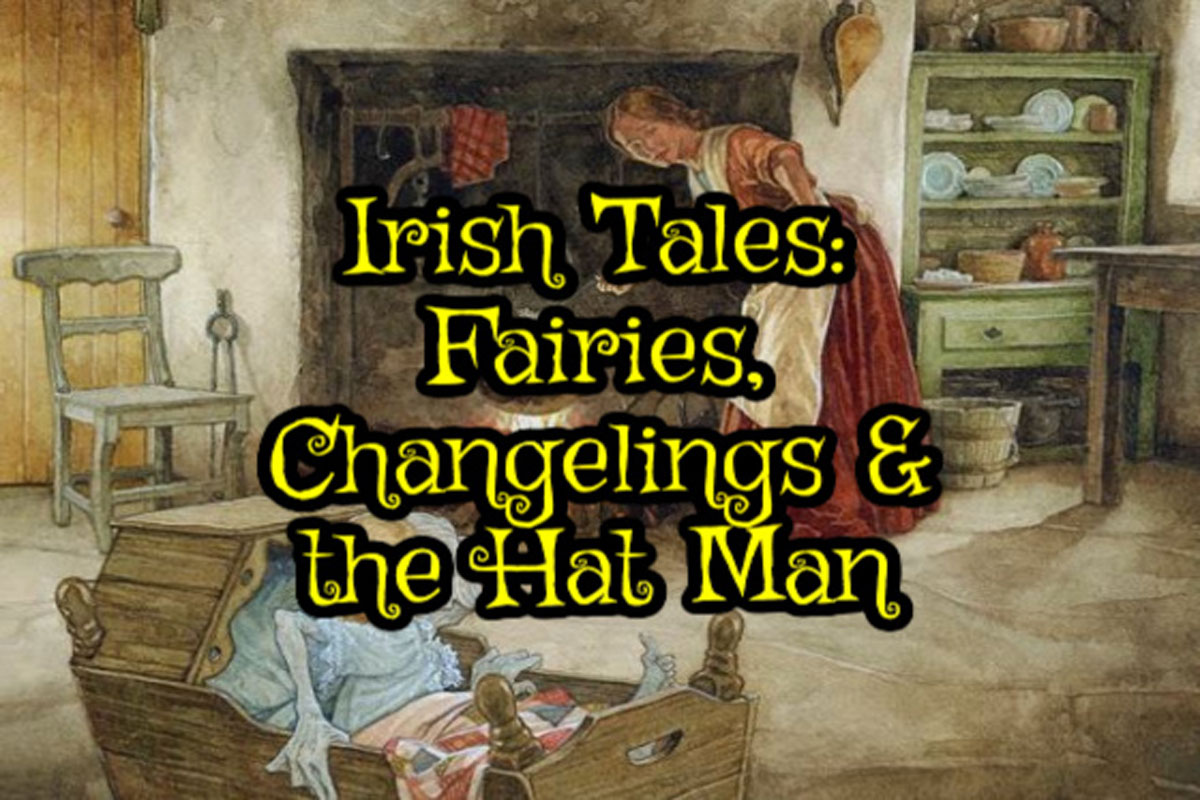 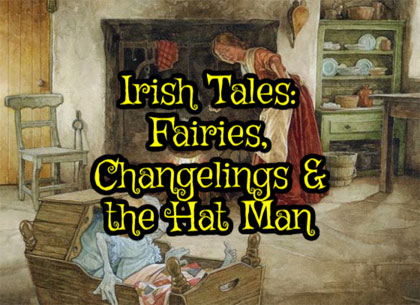 An Irish Man recounts some of the many stories he was told over the years by the people in his village. Very interesting and foreboding accounts.

“I come from a small village in Ireland. When I was growing up the population was somewhere around the 900 mark, and it’s over 1600 now. Been growing at a steady increase over the last few years. In the early 90’s when I was a kid, pretty much every adult had some sort of ‘ghost story.’ I’m not even kidding. The amount of stuff I was told was ridiculous, sometimes laughable, but quite often terrifying.

Personally, I’ve had a number of experiences. I know it sounds convenient but they had a profound effect on my life and still shake me now when I think about them. They’re for another time though.

Just outside my village there is an old road called the Stump Lane. On the Stump Lane there’s the ruins of an old house. It’s beaten down to about two layers of the stone walls now and beside it is a tree known to the people of that area as the ‘fairy tree.’ Further down the lane lives a woman who, when she was a child, used to live in that old house by the fairy tree. It’s said that her family was forced out of the house by the fairies. You see, the fairy folk were supposed to be pissed at her father, Mr. Bolger, for building a house by their tree. Apparently, (not saying I believe this part, but a hell of a lot of people do) there were several attempts made to chop the tree down, but people were quickly put off by the red blood like substance that would stream from the cuts made by saws or axes (more than likely sap though, right?).

Down along the middle of the lane, there is a row of about 10 houses that are spaced out over about a kilometer, and 2 fields back behind these is a place simply known as the ‘fairy fort.’ Further down the lane then, there is a separate lane that ventures off to an old farm that is owned by the Dunbar family I believe. A story I heard about them that dates back to the 30’s is an odd one. I cannot give you names but one of the children, a young teenager at the time, was out picking blackberries one day for his mother but didn’t return home. It got late and the mother got very worried. They were a country family in rural Ireland in the 30’s, the children were never out late. She sent her husband and other sons out looking for him, but there was no sign of him. 3 weeks went by and they feared the worst, but he did eventually come home, though he was not the same. He came home nursing a sore arm, in fact one of his hands was deformed, it had been changed into a baby’s hand. He said he was taken by the fairies, and this was not questioned. It was believed as absolute truth. The mother and father apparently tried a number of different things to please the fairies in the hope that they would make their son whole again, but the son died sometime in the 80’s if I am remembering what I was told correctly and with one of his hands small and deformed.

So, the changeling. I’m not sure of the date on this one but it is said to have happened around the outskirts of the village. The woman who told me about the story of the Dunbars, shared this one with me too. She told me a boatload of things and really enjoyed sharing stories about the fairies and was a complete believer in them.

This is the story of a young woman who was widowed not long after she had given birth. Now fending for herself and a baby, she took on a job picking cabbages. Whilst working one day, her baby was sleeping in a basket along one of the drills. Everything was nice and quiet, until she got home. Her baby was different looking, old looking, the same size, but it looked like and old man. She couldn’t leave its side, it would scream and shout for her, and not only that, it would curse and say foul things, laughing as it did. Her family came to visit and were disturbed by the baby. It threw bread at them, and spat at them, sniggering and jeering them as it did.

When they were leaving, the young lady’s father brought her outside. The baby screamed like a banshee. The father told her that the thing inside was not her child and that he was going to send the priest out to her.

Sure enough the priest called out to her and he received the same abuse. He told her to leave the thing outside for three days and no matter how hard to tried to get in, she was to leave it out there. Ignore it, for it was not her child anymore, it was one of the fairies.

She didn’t want to go through with it, but after suffering for weeks, she left the thing outside. It cried like a baby, sobbing and screaming and pleading… ‘mammy, please let me in mammy. Don’t leave me out here. I’m scared.’ For three days and nights she listened to it bang on the windows, scream for her and weep in ways no person wants to hear. But it all stopped, after the third night, there was silence. She opened the door to find her baby boy had been returned unharmed, safe and grinning.

When I was around 8 years old, I had a pal who was over at my house when he told me something that his father had told him and the rest of the family when they were eating dinner the night before. His father was working as a farmhand, and on this day was sheering sheep. He said he got a feeling someone was watching him. He looked around and saw nothing out of the ordinary and continued working. He would again feel a presence around him, though and this time when he turned he saw a huge man, wearing a top hat and what looked like a cloak. He could not make out any features though. He just said that the man was black, he was just all black.

My mother was there when my friend was retelling his father’s story and she would follow it with a story of her own. Well, it was her mother’s (my grandmother). She told us that her mother had often spoke of about seeing and being followed by a man in a top hat and cloak. My grandmother was not from the village were I lived, she was from a town some 9 miles away. It’s a decent sized town I guess and it has plenty of its own stories too I’m sure.

Her house was in a little cul de sac that was at the back of an old supermarket. There was a short cut to her house, a small narrow alley that stretched the length of the store all the way past her house, there was no lights on the actual alley itself and the walls on either side were pretty high, for the most part. So when it was night, it was really damn dark on that alley. The only light you could see was the light back down at the end that shown from the road where the store was.

My grandmother was playing bingo one night, and sure enough like any other night, she walked up that alley to get home quicker. Halfway up it she heard footsteps behind her. She stopped and did something she always advised her kids against doing, she turned around to see what was there. There was nothing there, the long narrow laneway was empty. She began to walk again and once again she heard something behind her. She turned, this time, the hat man walked out of the shadows and stood tall and menacing, a dark silhouette that almost blocked all the light at the end of the alley. She told my mother that she asked him what he wanted and something else. He didn’t answer though and she just turned back and walked home. I’m not sure if she ever saw him again. She was old school though man, hard as nails, but on the inside she was a cushion.

The next time I heard something about him, I was around 20. I was having a few pints with a few mates. We sat down at a table where some old stories were being told. A guy got to talking. Now this man is as straight as they get, no bullshit kind of guy. A country chap who worked his ass off during the week and enjoyed a pint on the weekends. He said he was walking home one night, it was black dark. Man, once you walk out of Ferns (my village), well back then at least, there were no lights until the next town or village. So, he’s walking home when, just like my grandmother, he heard someone walking behind him. He stopped and looked back, and this happened several times, to the point where it sounded like the footsteps were right behind him. He stopped and looked back, nothing there. He turned back to face the way he was going, when there standing in front of him was a tall man with a top hat. He said the man was jet black, so black that he was even more dark and black that the black night that surrounded him. He was frozen, terrified, the hat man walked past him and said nothing, disappearing into the night.

The guy who told us this was visibly shaken by what happened and had nothing to gain by making something like that up. We even walked him home that night.

Sorry for rambling on. I know hearing all this sounds too fantastic to be true, but I really have been told so many things by so many people, and by people I would vouch for, that I most definitely believe…that they believed what they were telling me was true. Ireland is a scary ass place, when you really get to know it, when you let yourself go and accept it for what it is. I am glad to hold so many different tales that cover so many different things, but it is also a bit of a burden because I am scaring myself now as I write this and as I let the memories flood my mind.” SD