Journal News / Sports / Basketball / Ginebra one win away from finals 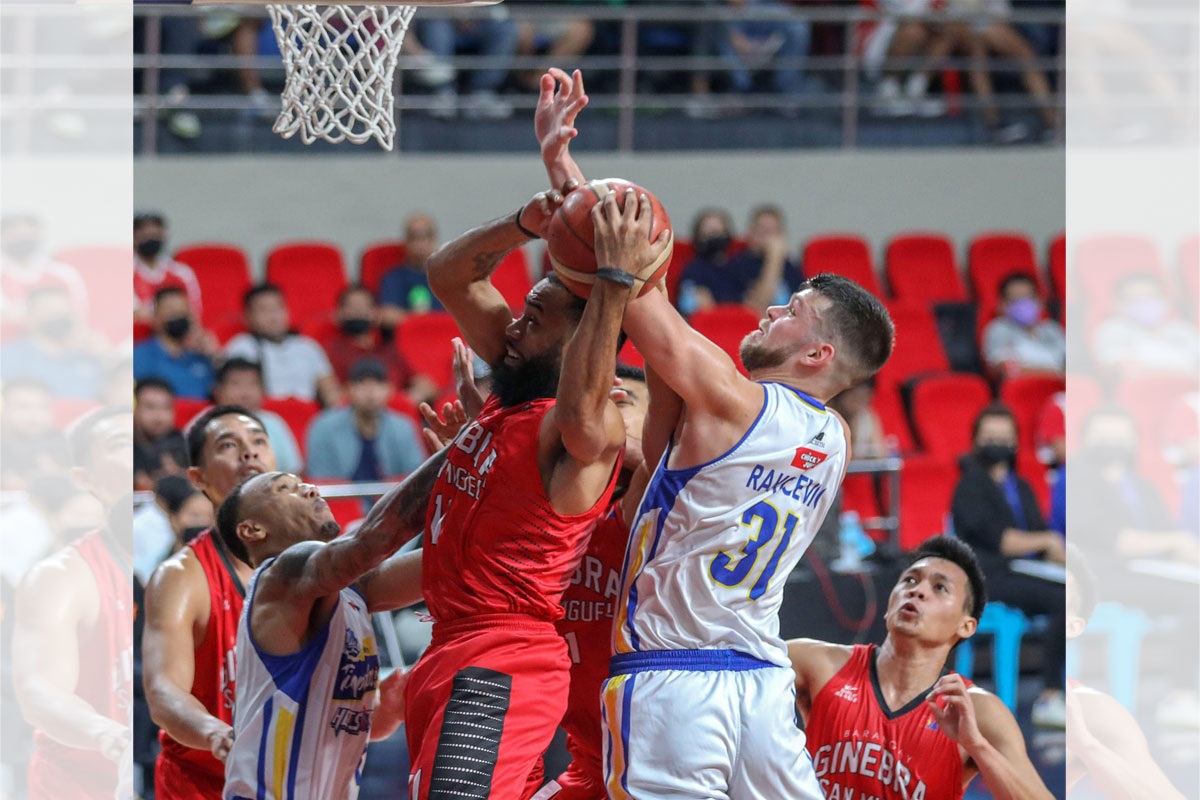 Stanley Pringle of Barangay Ginebra drives against Calvin Abueva and Nick Rakocevic of Magnolia during the PBA Commissioner’s Cup semifinals at the Philsports Arena in Pasig City. Photo by Ernie Sarmiento
Basketball,

Ginebra one win away from finals

JUSTIN Brownlee achieved another scoring milestone as Barangay Ginebra clobbered Magnolia, 103-80, to take a 2-1 lead in the PBA Commissioner’s Cup best-of-five semis at the PhilSports Arena in Pasig.

Brownlee finished with 38 points, nine rebounds and seven assists for the Gin Kings, who can now close out the series and advance to the finals with another victory on Wednesday

“It just says that I’ve been playing a long time, and I’m enjoying it. To be mentioned with those great names is an achievement,” said Brownlee.

LA Tenorio backed up Brownlee with 20 points, including four triples

The veteran guard also moved up to No. 3 in all-time three-points made list, passing No. 4 James Yap and No. 5 Ronnie Magsanoc.

Scottie Thompson added 12 points, seven rebounds and six assists for Ginebra, which led by as many as 25 points.

Lee played only two minutes due to an ailment.

Rakocevic also struggled with only10 points and 12 rebounds in 37 minutes of action.

Letran is in good hands