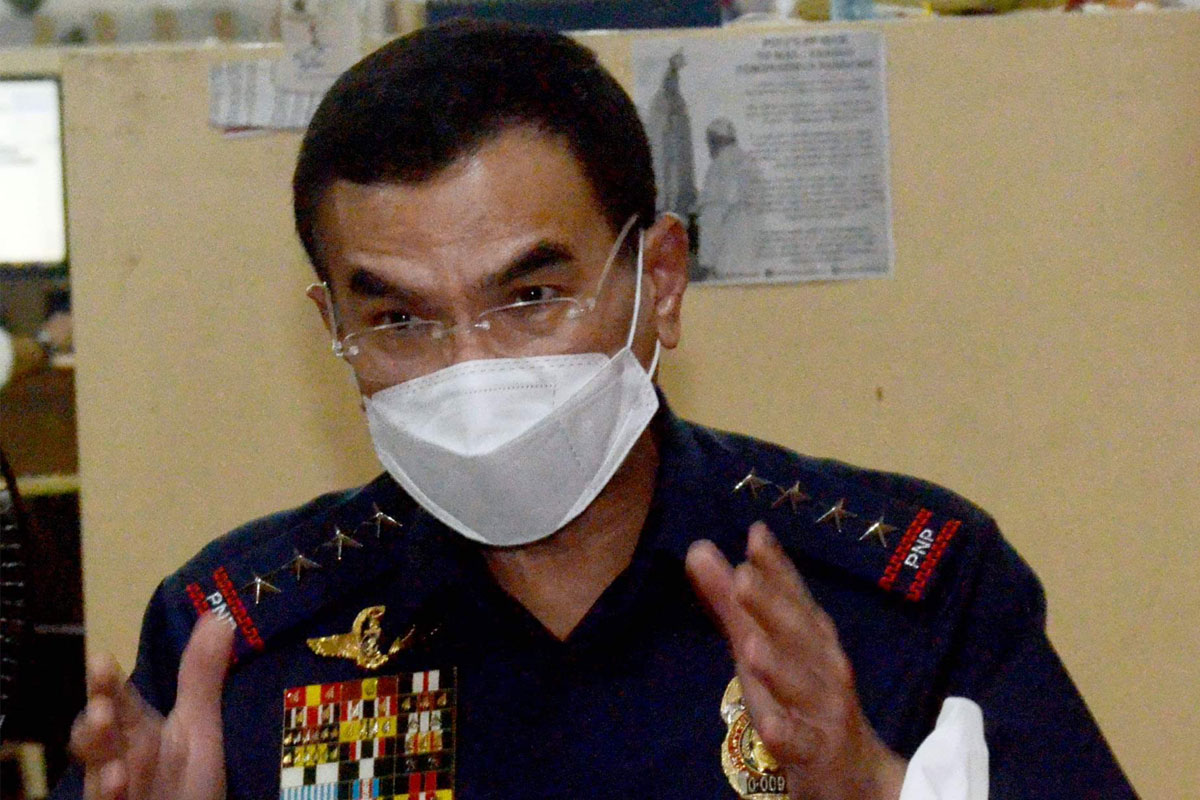 PHILIPPINE National Police chief, General Guillermo Lorenzo T. Eleazar on Monday ordered all his field commanders to intensify their measures and partnership with local government units and the community to preempt threats from terror groups specifically the New People’s Army and the Abu Sayyaf Group and other ISIS-inspired lawless elements in the countryside.

The top cop also directed his men to fully coordinate their security plans with the Armed Forces in the wake of an incident in Indanan, Sulu last Friday night when a patrolman was wounded after being shot by still unidentified gunmen.

According to a report from the Bangsamoro Administrative Region Police Regional Office, a group of policemen from the Maimbung Municipal Police Station were on their way to their headquarters when they were fired upon by the suspects.

Operations are already underway to identify and arrest the gunmen.

In Cordillera region, security troops were placed on full alert amid possible retaliatory attacks from the New People’s Army which have suffered a series of setbacks at the hands of the police and the military.

The officers identified as Senior Master Sergeants William Maganon and Ruben Aronchay were listed in stable condition on Sunday morning. Lee said that blood donors from the local police were placed on standby in case the two policemen need blood transfusion during surgery.

Brig. Gen. Lee said that on Tuesday last week, two suspected NPA guerrillas were killed in a gunbattle with patrolling members of the Army’s 54th Infantry Battalion in Bgy. Mainit in Bontoc municipality.

The official said that the bodies of the two were recovered at the site along with one M-14 rifle with five magazines containing 70 rounds of live ammunition, three AK-47magazines with 20 bullets, nine IEDs, two rifle grenades, two hand grenades, IED components including blasting caps, a detonating switch and rolls of wire.

The soldiers led by 1Lieutenant Fritz Entoma also found one USB flash drive, two commercial radios, a pocket radio, a battery tester and a power bank at the scene of the clash which took place 8:10 a.m.last September 28.

Gen. Eleazar said they are not discounting the possibility that some groups would step up the attacks on government forces not only to get the service firearms of policemen but also to project that they remain strong in certain areas.

In this way, this would be used by the threat groups as a leverage for their extortion activities, especially on candidates.

Gen. Eleazar also asked the cooperation from the public to report to authorities if they notice some suspicious individuals who could only threat public safety.