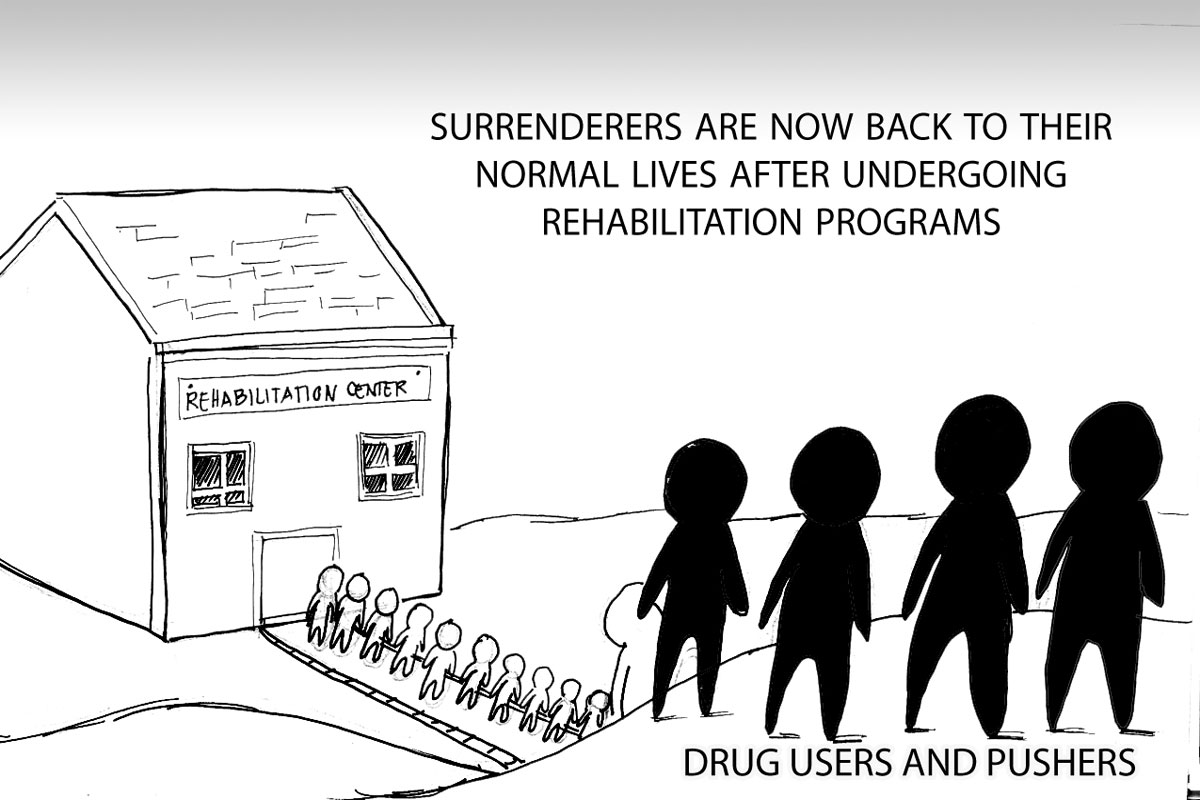 In fact, the establishment of more rehabilitation centers across the country has bolstered the campaign against the dreaded “drug monster,” which continues to terrorize the people.

And it’s certainly heartening to know that almost half of the over 1.2 million drug surrenderers are now back to their normal lives after undergoing rehabilitation programs.

During the first five years of the six-year Duterte presidency, the public saw the biggest voluntary surrender of 1,222,363 drug users, pushers and other drug personalities.

The Department of the Interior and Local Government (DILG), headed by Secretary Eduardo Ano, a retired army general, said the feat has never been seen in the nation’s history.

These drug surrenderers have undergone the highly-effective recovery wellness program of the Philippine National Police (PNP), which is civilian in nature but national in scope.

Año, a former chief of staff of the Armed Forces of the Philippines, made the revealation during the pre-State of the Nation Address forum of the Security, Peace, and Justice Cluster.

He also cited the PNP and the Philippine Drug Enforcement Agency (PDEA), the law enforcement arm of the Dangerous Drugs Board (DDB), for their incessant toil and groundwork in the anti-drug fight.

In the view of many, like the ordinary citizens, drug rehabilitation can only be truly effective when the patient has a desire to be there (rehab center) and to change his/her addictive habits.