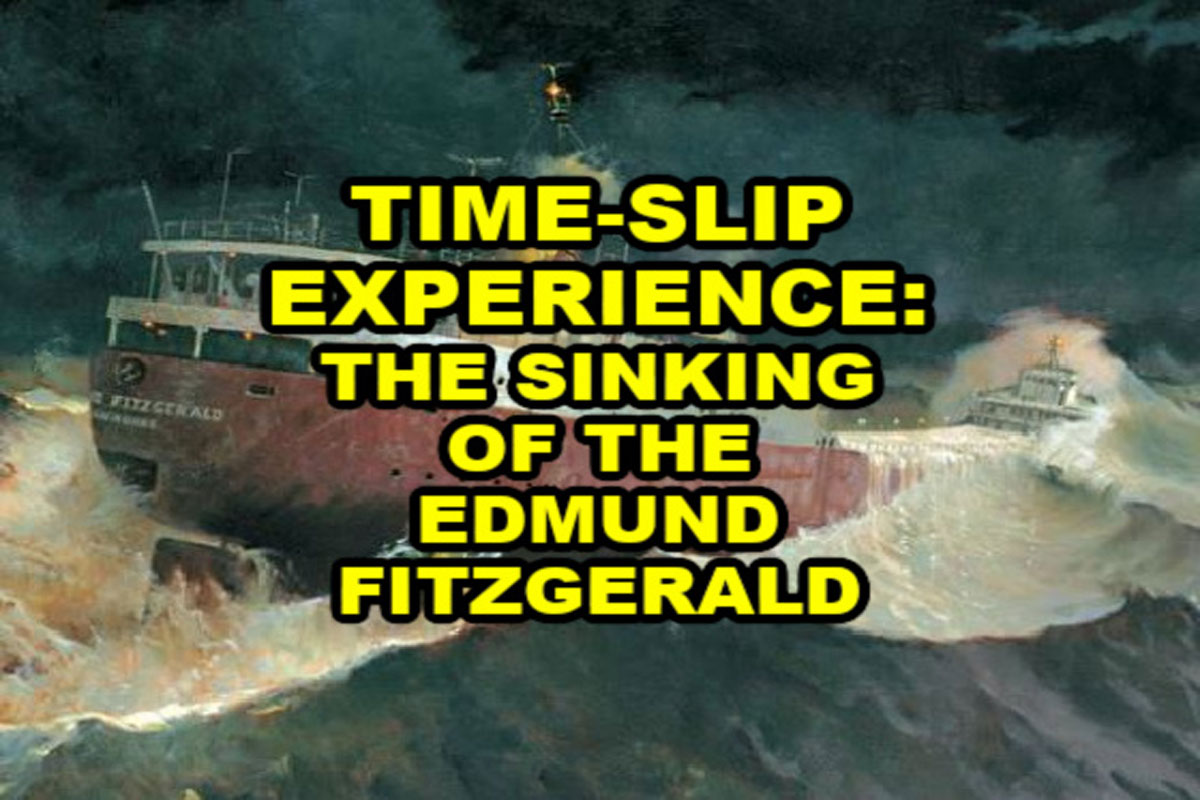 Time-Slip Experience: The Sinking of the Edmund Fitzgerald 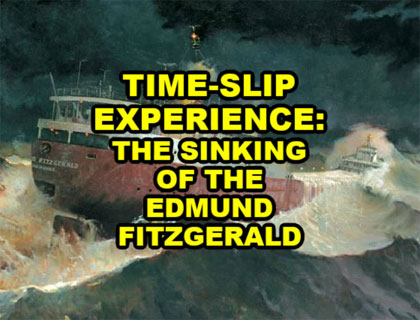 A Navy veteran recalls a possible time-slip incident regarding the sinking of the Edmund Fitzgerald. Did the witness drive through a portal on his way through Canada?

“In June of 1975, I separated from active duty in the U.S. Navy. I was stationed in Argentia, Newfoundland, Canada, at a joint Canadian and U.S. military facility. Upon separation, I drove from the eastern portion of the Newfoundland (the Avalon Peninsula) to Minnesota. A long drive (including some ferry trips) to say the least. I have never been one to listen to the radio much, but this trip was an exception.

So I listened first to Canadian stations and then the local U.S. stations as the trip progressed. The Canadian stations frequently played ballads and songs by Gordon Lightfoot, something of a national hero in Canada I have learned. I distinctly remember listening to his song, The Wreck of the Edmund Fitzgerald, and thinking it was a striking tribute to the sinking of a ship and the loss of its crew. Having just served in the Navy, this song had a more immediate impact on me. I also remember not hearing of any reports of a Great Lakes ship sinking in recent years at that time. So I thought the song was about an older nautical tragedy. I thought, time permitting, I would research it, but never got around to it. That was June, 1975.

In November 1975, the sinking of the Edmund Fitzgerald made the news. I was puzzled to learn this, thinking that the reporting of it was some kind of mix-up. But I was then busy in school and didn’t think any more about it. Then in 1976 Gordon Lightfoot released his song, The Wreck of the Edmund Fitzgerald, which was nominated for a Grammy Award. I learned of this event but, again, being busy with school, I again didn’t think much of it. It wasn’t until some years later that I realized the inconsistency of my listening to that song in June of 1975, the actual event in November of 1975, and the release and Grammy nomination of the song, The Wreck of the Edmund Fitzgerald in 1976. Perhaps I am remembering incorrectly, but I think not.” ON

The legend lives on from the Chippewa on down of the big lake they called “Gitche Gumee.”

The lake, it is said, never gives up her dead when the skies of November turn gloomy.

Among the photos of the Edmund Fitzgerald that Great Lakes explorer Frederick Shannon shared was an image with two unexplained orbs or burning objects about the size of golf balls. 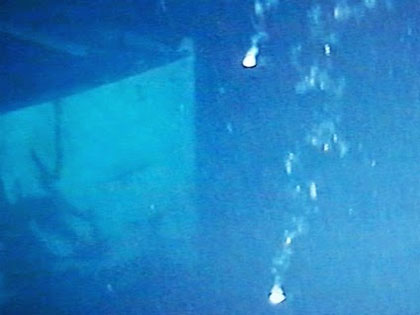 Known as Image 2028, the photo was among more than a thousand taken by Shannon from inside a two-person Delta submarine while hovering 530 feet below the surface of Lake Superior off the starboard (right) side of the Fitzgerald’s bow in July 1994.

“No debris was in the water, and nothing was dropped from the surface,” Shannon said. “There is no logical explanation for their sudden appearance.”

The objects, which left a trail of bubbles in the murky photo, floated toward and disappeared into the hull of the ship, he said.

Fitzgerald Legend and Mystery Live On 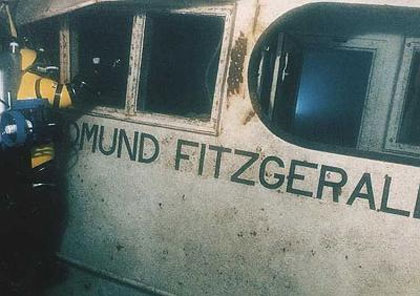 The mystery. The history. That song.

Whatever the reasons, the wreck of the Edmund Fitzgerald endures as a subject of endless fascination.

“That doesn’t surprise me,” Tom Farnquist, executive director of the Great Lakes Shipwreck Historical Society, said Monday, as he fielded an annual round of calls about the Nov. 10 anniversary of the disaster and the ceremony that will mark it Wednesday at Whitefish Point.

“There are schoolkids who do a report on it, and they just get obsessed into adulthood with it,” he said. “It happened recently enough (1975) that a lot of people are still around who remember it.

“And there are still probably more questions and theories than answers. … There’s a full explanation for all the other shipwrecks, but nothing was ever conclusive about the Fitzgerald. There were no survivors. And that song …”

“That song” is “The Wreck of the Edmund Fitzgerald,” by Canadian troubadour Gordon Lightfoot, which, despite its grim subject, climbed to No.2 on the Billboard pop charts within a year of the disaster and is replayed on radio stations around the country every November.

Lightfoot was initially subjected to some criticism for making a commercial success out of the tragedy, but insisted that the song was a tribute to the crew and today enjoys a good relationship with the families of the men who were lost.

“He came here in ’95 for the ceremony, and the families asked him to never stop singing it because it is keeping those men alive,” Farnquist said.

He said about a dozen relatives of the 29-man crew lost on the Fitzgerald are expected at Whitefish Point for this year’s observance. The society’s museum at the Point — the nearest land to the wreck site — houses the 200-pound bell from the Fitzgerald, which was recovered in 1995.

The Shipwreck Museum, at the end of a road leading to Lake Superior, is only open May 1-Oct. 31.

“Up where we are, you have to want to drive here, you’re not going to happen upon us,” Farnquist said. “They want to know about the Fitzgerald. Some people just want to stand on the shore and look out at the lake, as if they want to feel it.”

At 729 feet long, the Fitz was a giant among lakes freighters. It lies in only about 550 feet of water, a testament to the forces of nature on the Great Lakes.

That may be some of the allure of the Fitzgerald story here in the Great Lakes State, where you grow up being warned “don’t argue with the lakes” and get quickly to shore when skies darken.

People from elsewhere who have no concept of the scope of the lakes — or the fury they can unleash — may wonder how such a mighty vessel could be destroyed in waters not nearly as deep as the boat was long. But those who have seen the lakes angry, those who know that the loss of the Fitz was, in fact, far from the worst of many such Great Lakes tragedies, understand the power that comes with the beauty around us.

And each year, around now, they remember. They think about those 29 men and their mighty ship. And they wonder, as Gordon Lightfoot did, “does anyone know where the love of God goes, when the waves turn the minutes to hours. – Detroit Free Press