Journal News / Mysterties / The Planet Mars and its Mysterious Faces: Ancient Civilizations or the Equivalents of Clouds in the Sky? 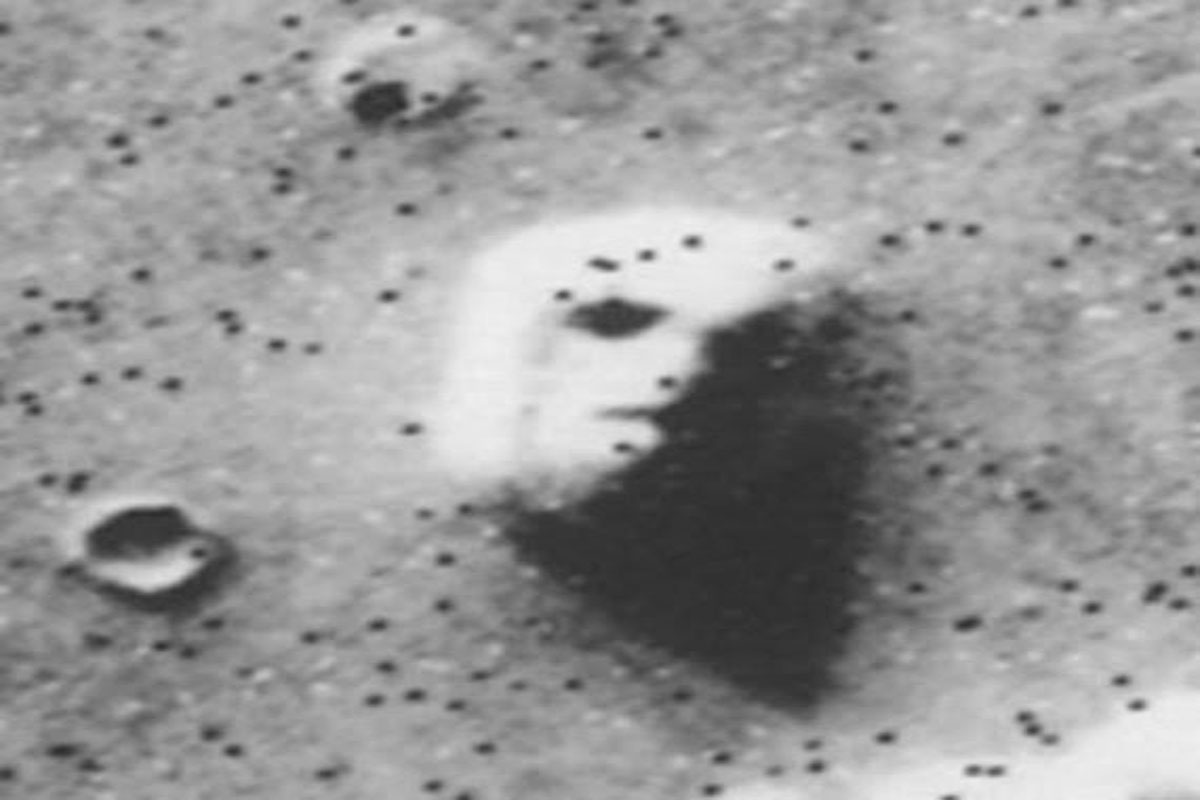 Jack Kirby was a skilled artist and storyteller who – with Marvel Comics’ Stan Lee – co-created such characters as the Incredible Hulk, the Avengers, and the Fantastic Four. But, it’s to a 1958 series that we have to turn our attentions. Its title was Race for the Moon, and it was solely the work of Jack Kirby. Race for the Moon was a trilogy, with part-2 titled “The Face on Mars.” It is focused upon the discovery on Mars – by U.S. astronauts – of a vast, carved human-like face on the surface of the so-called Red Planet. Kirby’s story would likely have fallen into obscurity, were it not for one, significant fact: in 1976, what appeared to be a huge, human-like face – cast out of rock – was photographed in a region of Mars called Cydonia. The late Mac Tonnies – the author of After the Martian Apocalypse – spent years addressing, and studying, the matter of what became known as a real-life Face on Mars. 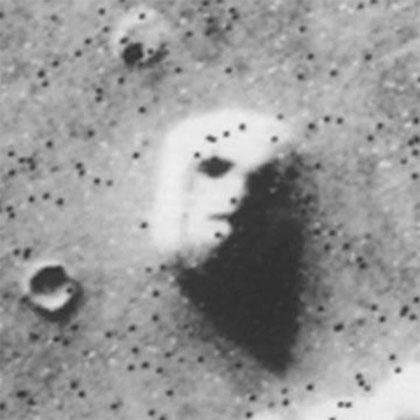 Mac told me: “The first two objects to attract attention were the Face and the ‘D&M Pyramid,‘ both unearthed by digital imaging specialists Vincent DiPietro and Gregory Molenaar. Their research was published in “Unusual Martian Surface Features”; shortly after, Richard Hoagland pointed out a collection of features near the Face which he termed the “City.” NASA itself discovered the Face and even showed it at a press conference after it had been photographed by the Viking mission in the 1970s. Of course, it was written off as a curiosity. Scientific analysis would have to await independent researchers.” He continued: “When NASA dismissed the Face as a ‘trick of light,’ they cited a second, disconfirming photo allegedly taken at a different sun-angle. This photo never existed. DiPietro and Molenaar had to dig through NASA archives to find a second image of the Face — and, far from disputing the face-like appearance, it strengthened the argument that the Face remained face-like from multiple viewing angles. The prevailing alternative to NASA’s geological explanation — that the Face and other formations are natural landforms — is that we’re seeing extremely ancient artificial structures built by an unknown civilization.”

Mac continued: “NASA chooses to ignore that there is a controversy, or at least a controversy in the scientific sense. Since making the Face public in the 1970s, NASA has made vague allusions to humans’ ability to ‘see faces’ (e.g. the ‘Man in the Moon’) and has made lofty dismissals, but it has yet to launch any sort of methodical study of the objects under investigation. Collectively, NASA frowns on the whole endeavor. Mainstream SETI theorists are equally hostile. Basically, the Face – if artificial – doesn’t fall into academically palatable models of how extraterrestrial intelligence will reveal itself, if it is in fact out there. Searching for radio signals is well and good, but scanning the surface of a neighboring planet for signs of prior occupation is met with a very carefully cultivated institutionalized scorn. And of course it doesn’t help that some of the proponents of the Face have indulged in more than a little baseless “investigation.”

“I think some of the objects in the Cydonia region of Mars are probably artificial,” said Mac. “And I think the only way this controversy will end is to send a manned mission. The features under investigation are extremely old and warrant on-site archaeological analysis. We’ve learned – painfully – that images from orbiting satellites won’t answer the fundamental questions raised by the Artificiality Hypothesis. I suspect that we’re seeing a fusion of natural geology and megascale engineering. For example, the Face is likely a modified natural mesa, not entirely unlike some rock sculptures on Earth but on a vastly larger and more technically challenging scale.” Given that the Face on Mars – regardless of what it is or isn’t – was not found and photographed until 1976, how is it possible that Jack Kirby was able to seemingly anticipate all of this back in the late 1950s? I don’t have an answer, but I do know there is another “Face on Mars.” It’s right below. Unless you view it as nothing stranger than a case of pareidolia. 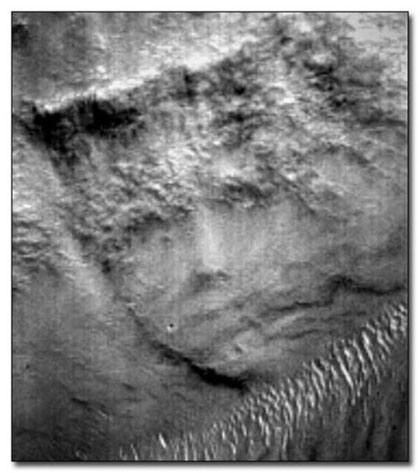 Note: The photos above are from NASA. As NASA is a U.S. government agency, the pictures are in the public domain