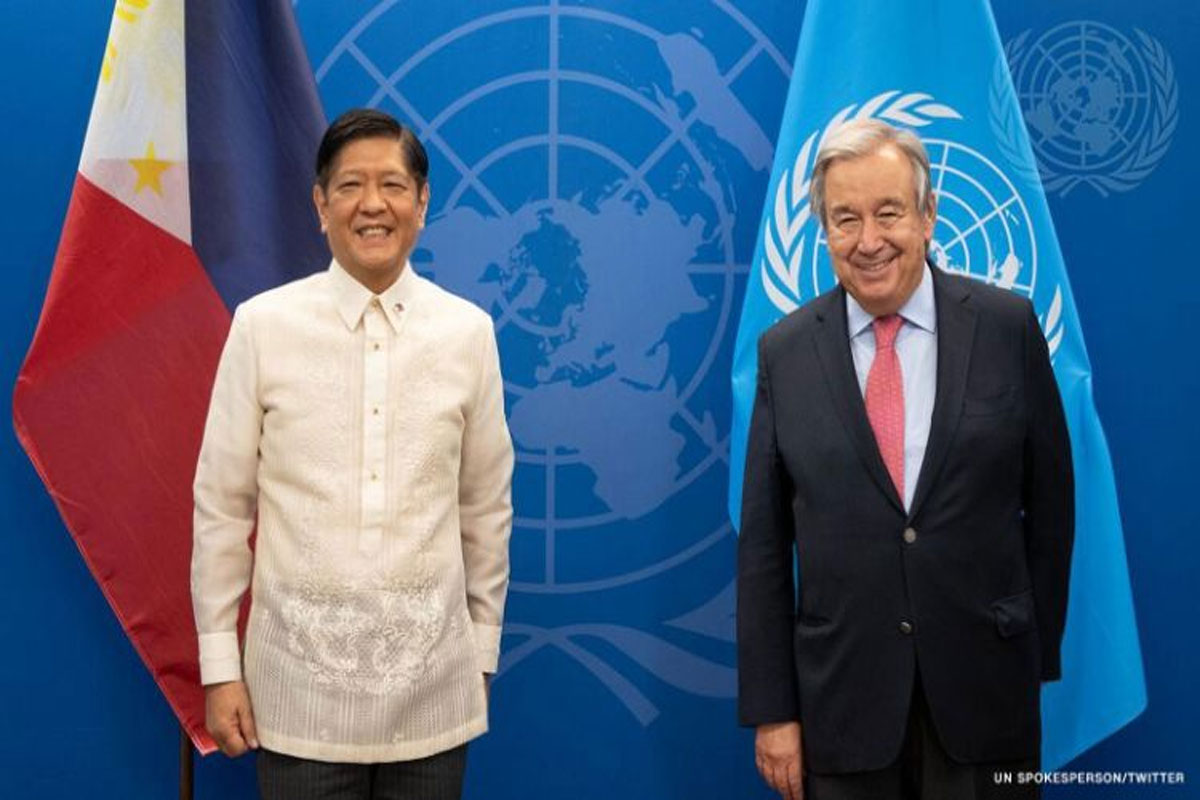 “The Secretary-General and President Marcos discussed areas of United Nations cooperation and support,” according to a readout posted on the UN website.

The two leaders also exchanged views on the international situation as well as climate action initiatives.

Climate change took centerstage in Marcos’ key address earlier in the day, where he pushed for climate financing from industrialized countries, urging that the “historical injustice” caused by global warming be corrected.

“There is no other problem so global in nature that it requires a united effort, one led by the United Nations. The effects of climate change are uneven and reflect a historical injustice. Those who are least responsible suffer the most,” said Marcos.

The chief executive lamented how the country has become vulnerable to the effects of global warming and called on countries to cut their carbon emissions and provide technology transfer.

“When future generations look back, let them not ask why we did not take this opportunity to turn the tide, why did we continue in our profligate ways until it was too late? This threat knows no borders, no social class, nor any geopolitical consideration. How we address it will be the true test of our time,” said Marcos.

In his speech, the President also called for investments to improve agriculture and ensure food security.

He also looks forward to strengthening partnerships with the UN and other member states to bolster agricultural productivity, which is among the key programs of his administration.