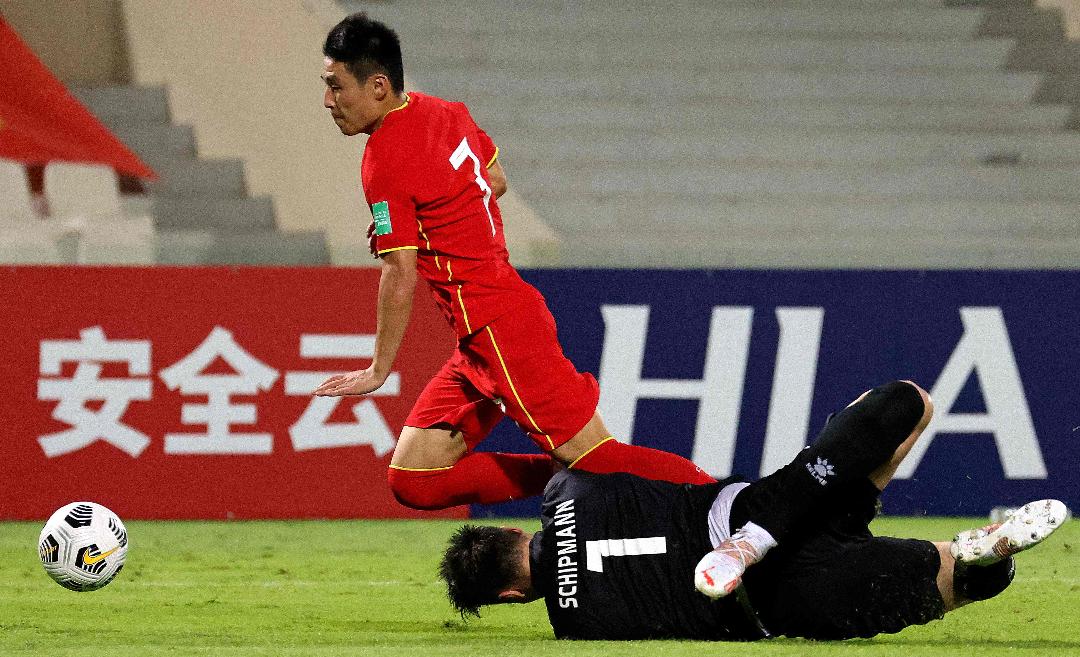 Wu Lei, a striker from Espanyol which was recently promoted in Spain’s top-tier La Liga, and Wu Xinghan scored second-half goals for the Chinese, who went aggressive after being locked down by the Azkals in the first 45 minutes of play.

Defender Jefferson Tabinas, who plays for Mito Hollyhock in Japan’s J.League, was the Philippines’ main man, especially in holding down China’s offense.

But the Azkals could not get their attacking game going, as they remain stucked in third place in the Group A table with seven points, noe six behind the Chinese.

With 13 points, China kept within distance of Syria, which blanked continental minnows Guam, 3-0, in an earlier match.

A first-half double by Mardak Mardikian helped the Syrians and confirm their top position in Group A.

Syria’s seventh win in as many matches ensured the Middle East national to be among the 12 teams competing in the next phase of qualifying for four confirmed spots from Asia in next year’s tournament in Doha, Qatar.

Although its chances of making it to the next phase of the World Cup qualifiers is now dimmed with the defeat, the Philippines remains on course of achieving its realistic goal of progressing to the next round of the Asian Cup qualifiers.

Wu Lei opened the scoring for the Chinese with a 56th minute penalty after being fouled by Azkals goalkeeper Bernd Schipmann from inside the box.

Wu Xinghan then doubled China’s lead in the 65th minute with a sweet left-footed shot.

“In the first half, we had better chances. The penalty threw us off and the second goal, eight or nine minutes later, obviously we’re not very happy and we’re not efficient physically and also not active in preparation for counter and bringing China to danger anymore,” Azkals skipper Staphan Schrock said in the post-match interview.

The Philippines will next face Guam on Friday before wrapping up its Group A stint against Maldives on June 15.

Danao is where bike team trains