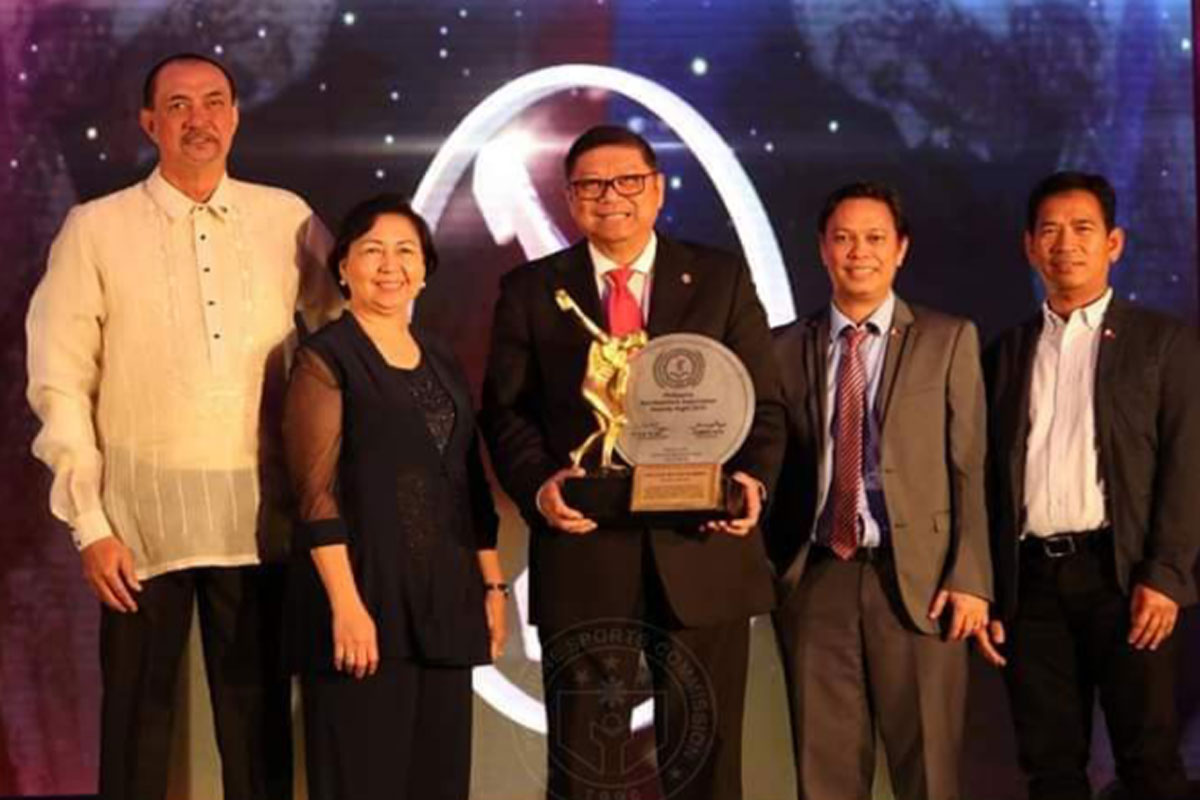 PSC officials, led by ChaIrman Butch Ramirez, during the PSA Awards.
Other Sports,

Keeping the faith in the Filipino athletes

THE deadly coronavirus pandemic may have slowed down the trainings and preparations of the Filipino athletes to the Tokyo Olympics and the Southeast Asian Games, but it surely did not affect their determination to bring honors to the country.

In fact, the challenges of the time provide them with the inspiration to win here, there and everywhere.

“I have faith in our Filipino athletes. They’ll deliver and make us proud,” said Commissioner Charles Raymond Maxey of the Philippine Sports Commission during the “Usapang Sports on Air” by the Tabloids Organization in Philippine Sports (TOPS) via Zoom last Thursday.

“In Tokyo, we’re confident we can send more participants and surpass the 13 athletes who competed in Rio in 2016. We already have nine qualifiers right now and there could be more,” said Maxey during the weekly public service program sponsored by the Philippine Sports Commission (PSC), Philippine Amusement and Gaming Corporation (PAGCOR) and Games and Amusements Board (GAB).

“I do not want to predict the number of medals that we can win in the Olympics or the SEA Games. I do not know if we can even defend the overall championship in the SEA Games, especially with the host scrapping so many events na malakas tayo like arnis. Realistically speaking, mahirap. Parang 39 events lang ngayon. But I believe in the fighting spirit of the Filipino athletes. Laban pa din.”

A highly-respected sports editor in Davao before his appointment as one of the commissioners of the PSC, Maxey said the government sports agency is doing everything possible to ensure that national athletes will get the proper training and exposure they need despite the liited budget due to the pandemic.

He said that everything is set for the bubble training camp of at least five sports, namely athletics, boxing, karate, muay thai and kickboxing at the Athletic Bowl in Baguio City.

“Commissioner Mon (Fernandez), who is the chef de mission to Vietnam, and I just visited Teacher’s Camp in Baguio last weekend to check on the facilities which can be used by our athletes. We’re hoping to start by late June or early July,” Maxey told sports editors and writers of TOPS.

“Yung ibang sports naman, iba-ibang lugar yung pinupuntahan. I know yung beach volleyball, nasa Ilocos Norte. We actually have one-on-one meetings with different NSAs under our oversight committee on their preparations and bubble training. We encourage the NSAs na maki-partner sa mga LGUs, na kung pwede masagot yun facilities, food or accomodation The PSC will always be there, although we only have a budget of P200-million, kasama na training.”

Maxey also welcomed the offer of Ormoc City Mayor Richard Gomez to host some of the bubble training of different NSAs.

“The PSC is very happy for the offer and for the interest of Mayor Richard to host the bubble training of our athletes. Ormoc hosted our natiinal fencers before they competed in a qualifying in Uzbekistan. Since he is an athlete humself, we know we can always count on his support.”

“The PSC is really looking for LGUs to host our athletes, so nagpapasalamat kami kay Mayor Richard at sa lahat na gustong tumulong. We encourage the NSAS to do the same. Sa ngayon, ito yun approach ng PSC.”

Asked about the possibility of another cancellation of the Tokyo Olympiccs due to the surge of new cases, Maxey remains positive.

Maxey also expressed confidence that golf and judo can raise the number.

Maxey was also asked about Tokyo Olympian Eumir Marcial, who was recently involved in a controversy with the PSC and Alliance of Boxing Association of the Philipppines (ABAP).

“We love Eumir. We want him to succeed not only in his boxing career but also in life. He’s a good athlete with a lot of potential to win medals in the Olympics,” said Maxey.

Maxey also thanked the Philippine OLympic Committee (POC), under the leadership of Cong. Abraham “Bambol” Tolentino, and Manila government, led by Mayor Isko Moreno, for their assistance in inoculating the COVID-19 vaccine to more than 700 athletes and coaches at the Prince Hotel last May 28.

“On behalf of the PSC, I would like to thank POC, headed by our good congressman Bambol Tolentino, for initiating that activity. Sila yung sumulat sa IATF at inaprub naman ng national government na bakunahan ang mga atleta for SEA Games and Tokyo Olympics,” explained Maxey.

He said the recent study clearing the Pfizer vaccine for kids 12 to 15 years old is good news for Palarong Pambansa and Batang Pinoy next year.

On the BIMP-EAGA Friendship Games which the country is supposed to host, Maxet admitted the pandemic got in the way.

He is also looking forward to continue the Indigenous People’s Games once the health situation allows.

“It’s still part of our plan. But right now we can’t have it face to face so meron tayong webinar on IP sports and games. We will have an international speaker this June 24.”

While declining to run for any elective position once his term at thw PSC ends, Maxey readily admitted plans to return to his first love: sportswriting.

Asked for his nessage to the Filipino athletes, Maxey said:

‘Donate A Bike, Save A Job’ gets backing from MVP