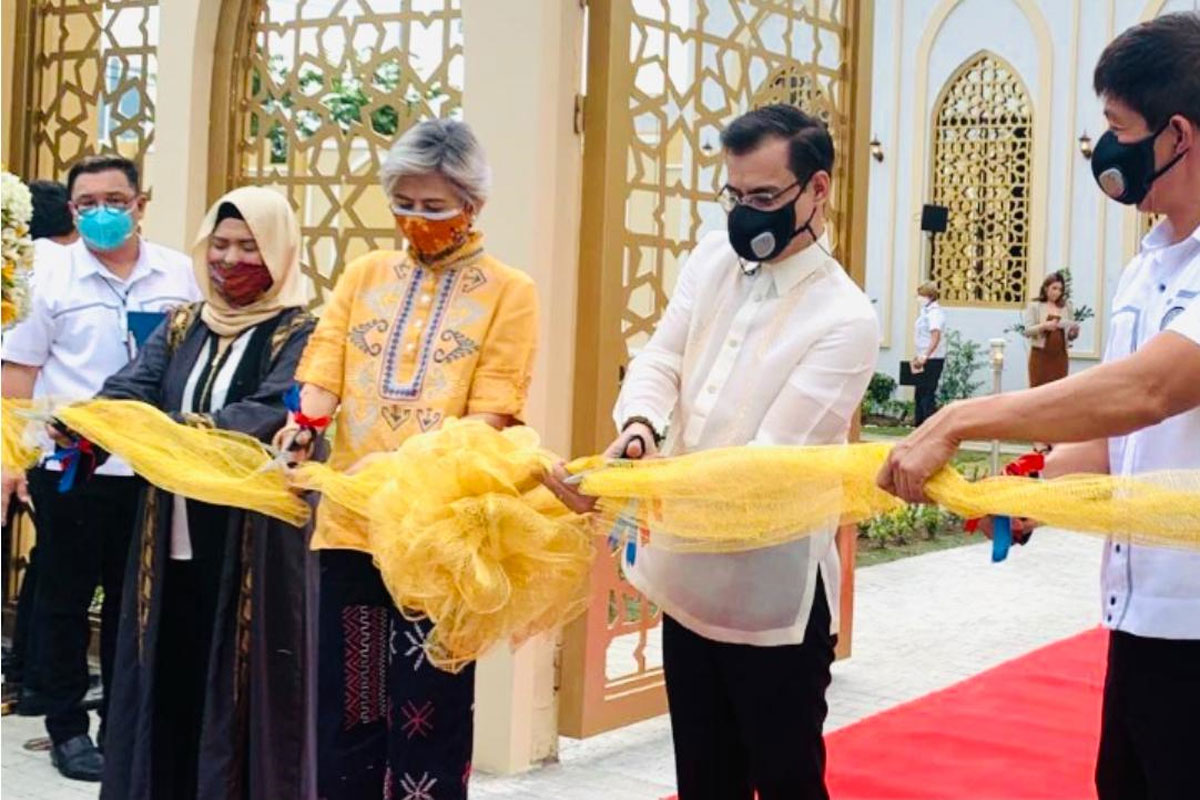 This is what Mayor Isko Moreno wants members of the Muslim community in the city to feel and state, as he and Vice Mayor Honey Lacuna led the formal inauguration of the Manila Islamic Cemetery located inside the city-run Manila South Cemetery yesterday.

In his speech, Moreno said the cemetery exclusive for Muslims is the city government’s gift to the Muslim community in the city and its way of showing how it honors Manila’s earliest ancestors and forefathers, citing among others Rajah Solaiman, Rajah Matanda, Rajah Bago and Rajah Lakandula, whom he said led the uprising in Luzon against foreign tyranny.

Lacuna, for her part, said: “We welcome you all in our city that acknowledges diversity, where differences are integrated not annihilated.”

According to Moreno, he had been in government service for 23 years and had heard stories on how problematic the situation is for Muslim community members each time a loved one would die, specially for those who are poor.

For this reason, Moreno said he committed to the late Bangsamoro Transition Committee chair Ghazali Jaafar that if God would allow that he becomes mayor, he would create a cemetery exclusively for Muslims.

“We want you to have a sense of belonging… to erase all biases and prejudice. We are all Filipinos, after all,” Moreno said, adding the move is an acceptance of the city’s shortcoming in the past when it comes to giving proper recognition to the Muslims residing in Manila.

The mayor said there are about 20,000 Muslims in the city, with huge concentration in Quiapo, San Miguel, Baseco, Parola and San Andres.

The newly-inaugurated cemetery is located on a 2,400 square- meter lot and will serve as an exclusive ground for the burial of bodies and bones of Muslim residents of Manila.

The development of the said cemetery was enabled by Manila Ordinance No. 8608 authored by Councilor Awi Sia and passed by the Manila City Council which Lacuna heads as its presiding officer.

A P49.3 million fund was allotted by the council for the purpose, including the construction of a Cultural Hall and creation of plantilla items for personnel hiring by the new Muslim Cemetery Division.

Moreno noted that while there are cemeteries for Filipinos and Chinese in Manila, it is also but befitting to establish one for the city-based Muslim community members too.

In putting up the ‘Manila Islamic Cemetery,’ Moreno ordered that all the traditions that attend every Muslim burial be taken into consideration, noting that burying the dead is a very serious tradition for Muslims.

“Providing them a burial site is our simple way of giving back to them although this is certainly not enough. Ito ay isang pagkilala sa mga ninuno nating Muslim. It’s long overdue. It’s our own little way of giving them recognition as our ancestors and letting them know that they belong,” the mayor said.