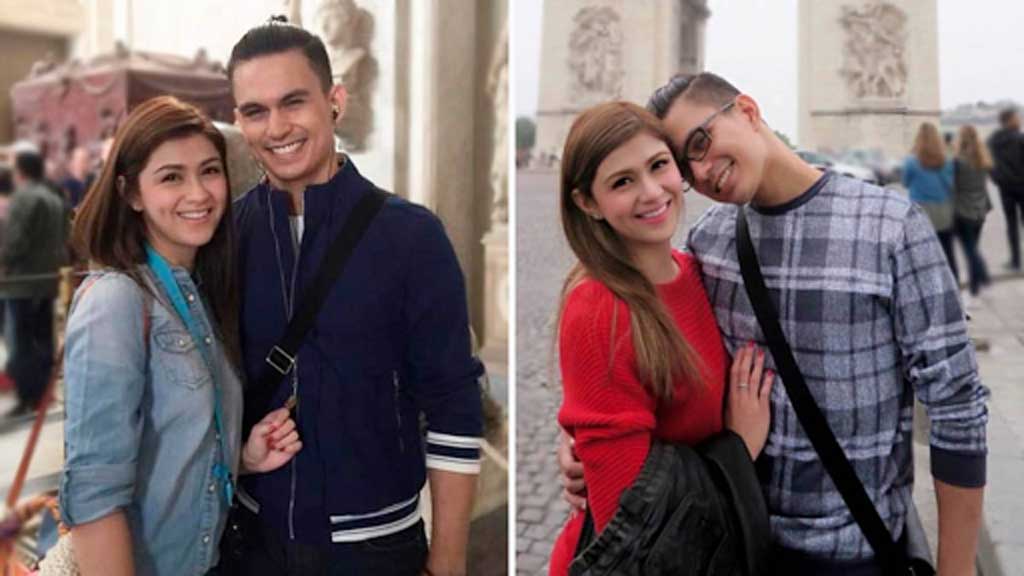 Carla on her own in preparations for wedding with Tom

TOM Rodriguez is officially facing the altar on October 21 with fiancee Carla Abellana at the Madre de Dios church in Tagaytay City. That’s barely four months away. But it looks like Carla will have to attend to their wedding preparations by herself for a while, since Tom is now busy doing lock in taping for his new assignment with GMA Network, “The World Between Us.”

He will be gone for three weeks so Carla is all on her own while he’s working. Tom will be sharing top billing with Alden Richards and Jasmine Curtis Smith and they have already shared their respective rooms at the location where they will stay during the duration of their lock-in taping.

They have a stellar supporting cast headed by Dina Bonnevie, Jaclyn Jose and Glydel Mercado, under the direction of one of the Kapuso networks veteran directors, Dominic Zapata. They all underwent the usual health protocols that include swab test and quarantine before actual taping, which no doubt increases the budget of today’s TV shows.

Tom and Carla have been going steady for six years now. They previously played husband and wife in GMA’s hit teleserye, “My Husband’s Lover”. They’ve shared on youtube the footage of their wedding proposal which happened at the home of Carla’s mom, former actress Rhea Reyes. They’re just supposed to have a regular dinner but Carla instantly had an inkling that something was afoot because the house is filled with flowers.

Then Tom bent down on one knee and got the ring for Carla, saying: “I’m sorry that it took this long, but you know there was never any doubt in my mind, di ba?”

Carla then screamed “Yes!” And it surely would be one of the most memorable moments in their lives. They announced their official engagement last March.

Going back to Tom and in his participation in “The World Between Us”, we hope it will be a truly great role and not so short, just like to what happened in his last drama series, “Love of My Life”, where his character was quickly killed and it’s Mikael Daez who became the real leading man in the show. We all know that Alden Richards is the biggest name at the Kapuso stable this time, so we’re hoping Tom will not just play a mere glorified supporting role to him again, just like he did to Mikael.

Incidentally, “Love of My Life” has been bought by Netflix and it will be shown on the streaming channel starting this May 28. The original series is topbilled by Ms. Coney Reyes as Isabella Gonzales; Rhian Ramos as Kelly Generoso; Carla Abellana as Adelle Nisperos plus Mikael as Nikolai and Tom as Stefano.