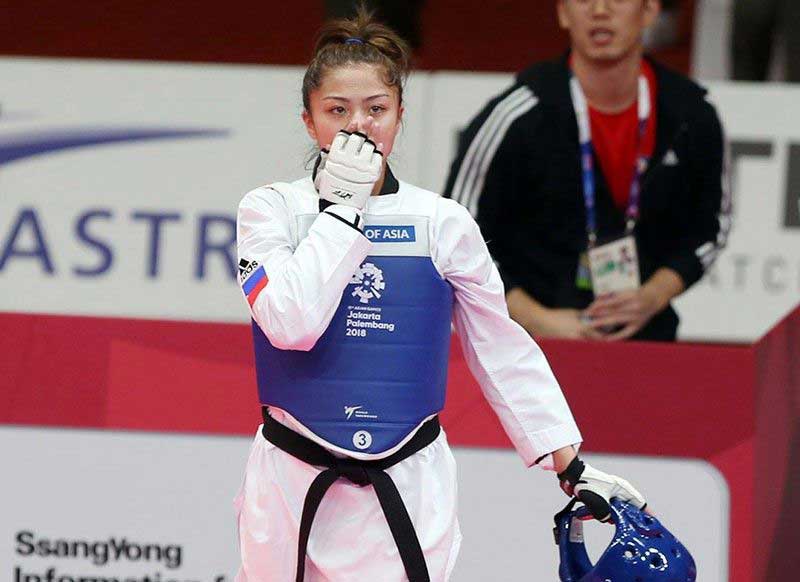 FILIPINA taekwondo jin Pauline Lopez will bank on her maturity and preparedness to qualify for the Tokyo Olympics.

“I had opportunities to compete at a higher level and I believe that the experience it gave me would go a long way when I shoot for an Olympic slot,” said Lopez.

Now 24 years old, Lopez hopes to make it on her second attempt to compete in the Olympic Games.

In 2016, Lopez fell short of her bid to claim a ticket to Rio Games after bowing to Thailand’s Phannapa Harnsujin, 2-5, in the women’ -57 kg. semifinals of the Asian Taekwondo Olympic Qualification Tournament held in the country.

The two-time gold medalist at the Southeast Asian Games is one of the Philippines’ four taekwondo campaigners in the Olympic qualifiers in Amman, Jordan.

The competition is set on May 21-23, with the Filipino jins needing to finish in the top two to claim a spot in the Tokyo Olympics.

Aside from Lopez, Kirstie Elaine Alora, who copped a women’s +67 kg. silver medal in this same event five years ago to earn a spot to the 2016 Rio Games will vie for a second straight Olympic berth.

Kurt Barbosa and Arven Alcantara will try their luck in the men’s division.

In the final preparations for the Olympic qualifiers, the athletes and coaches have been in the INSPIRE Sports Academy “bubble” in Calamba, Laguna since February. Health protocols were strictly implemented during trainings.