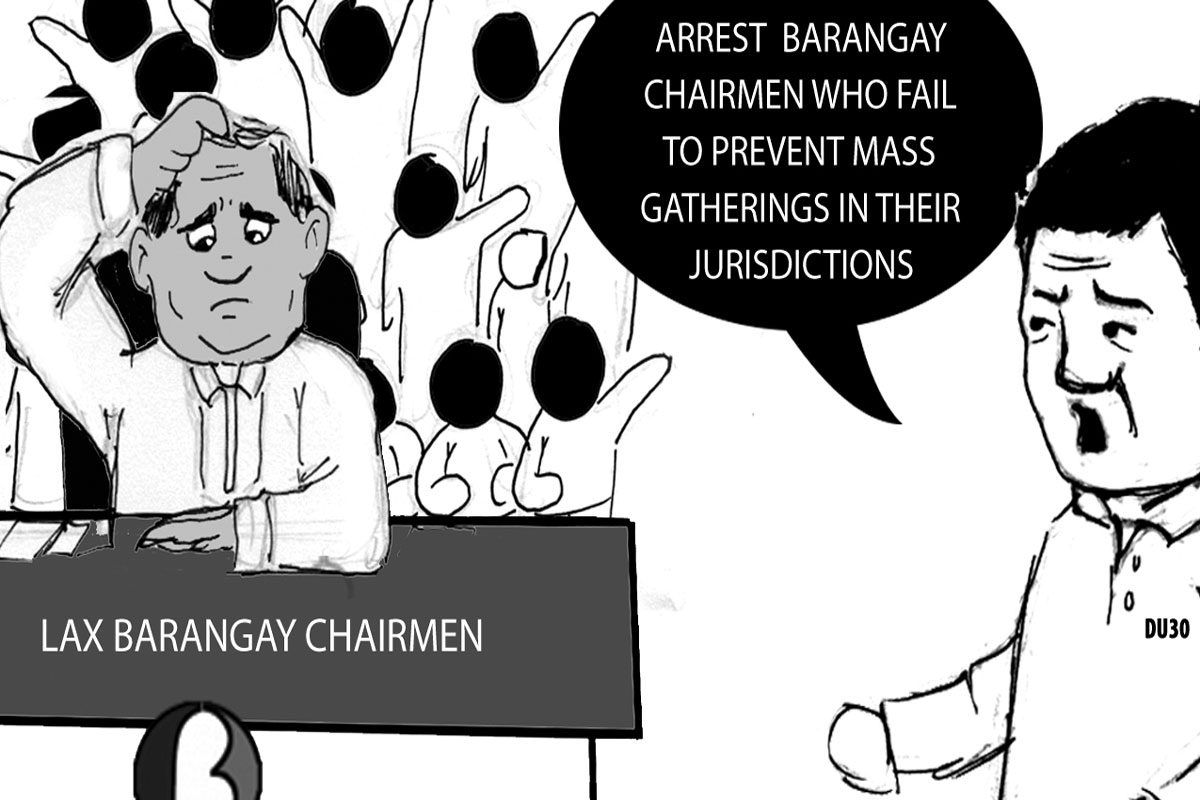 AN irate President Duterte has ordered the arrest of barangay chairmen who fail to prevent mass gatherings in their jurisdictions despite the continued surge in the number of COVID-19 cases in various parts of the country.

As a well-meaning Filipino, we support the tough-talking Chief Executive’s directive, believing that the holding of mass gatherings amid the pandemic is an unconscionable act that should be punished to the fullest extent of the law.

In ordering the arrest of lax village chairmen, President Duterte, who is banned from seeking reelection in next year’s polls, said failure to enforce the law is considered a neglect of duty and punishable under the Revised Penal Code.

In the view of many, particularly health experts, large gatherings, such as fiestas, weddings, reunions, birthday and baptismal parties, and cockfights are “super spreaders” of the dreaded and deadly coronavirus disease (COVID-19).

Duterte issued the order following reports of a rise in mass gatherings, including picnics.

“If there’s one single incident…the police will just arrest the barangay captain first and bring him/her to the (police) station together with those holding the picnic, have them imbestigated and detain them,” he said Wednesday.

A lawyer and a long-time government prosecutor, the hard-hitting Chief Executive from Davao City said that it was “criminal” to spread the coronavirus to other people.

And perish the thought of ever eradicating diseases in this Third World Southeast Asian nation if barangay officials refuse to help national authorities in the giant undertaking.

That’s because barangay and local government officials play crucial roles in the implementation of programs and projects, particularly in the impoverished countryside.

My Vote, My Voice