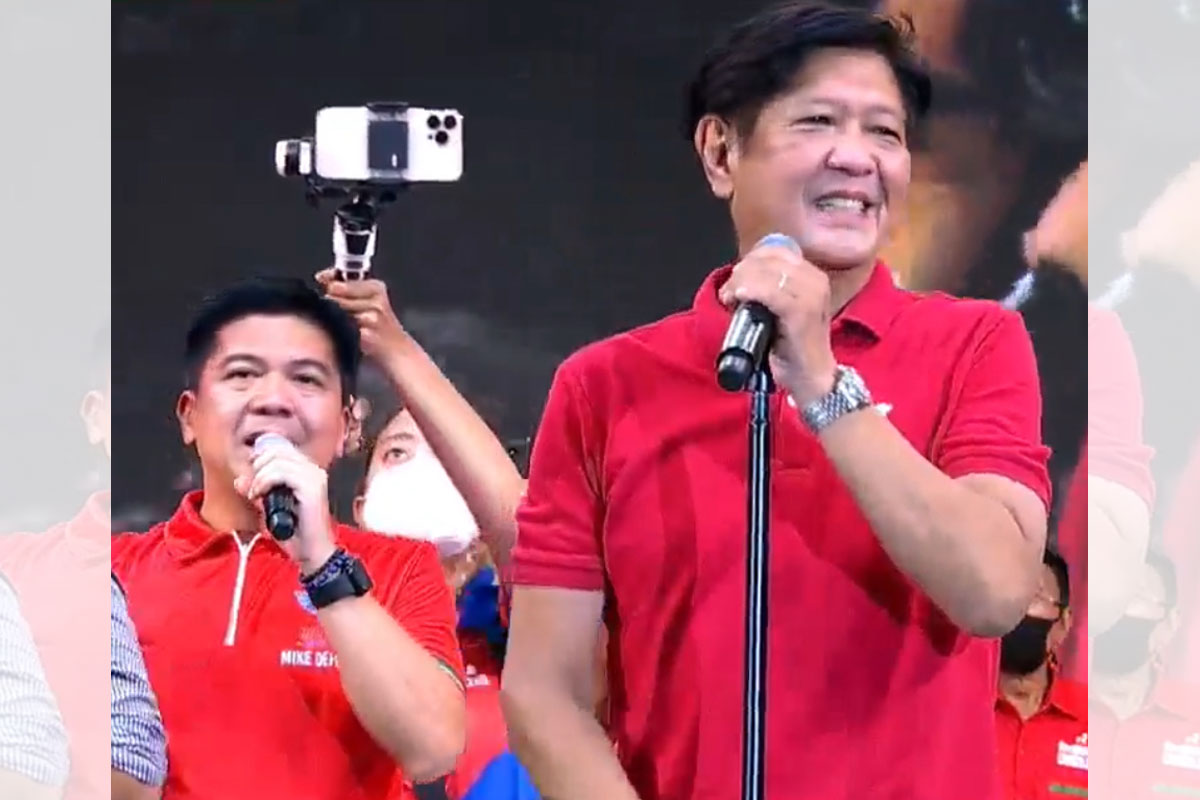 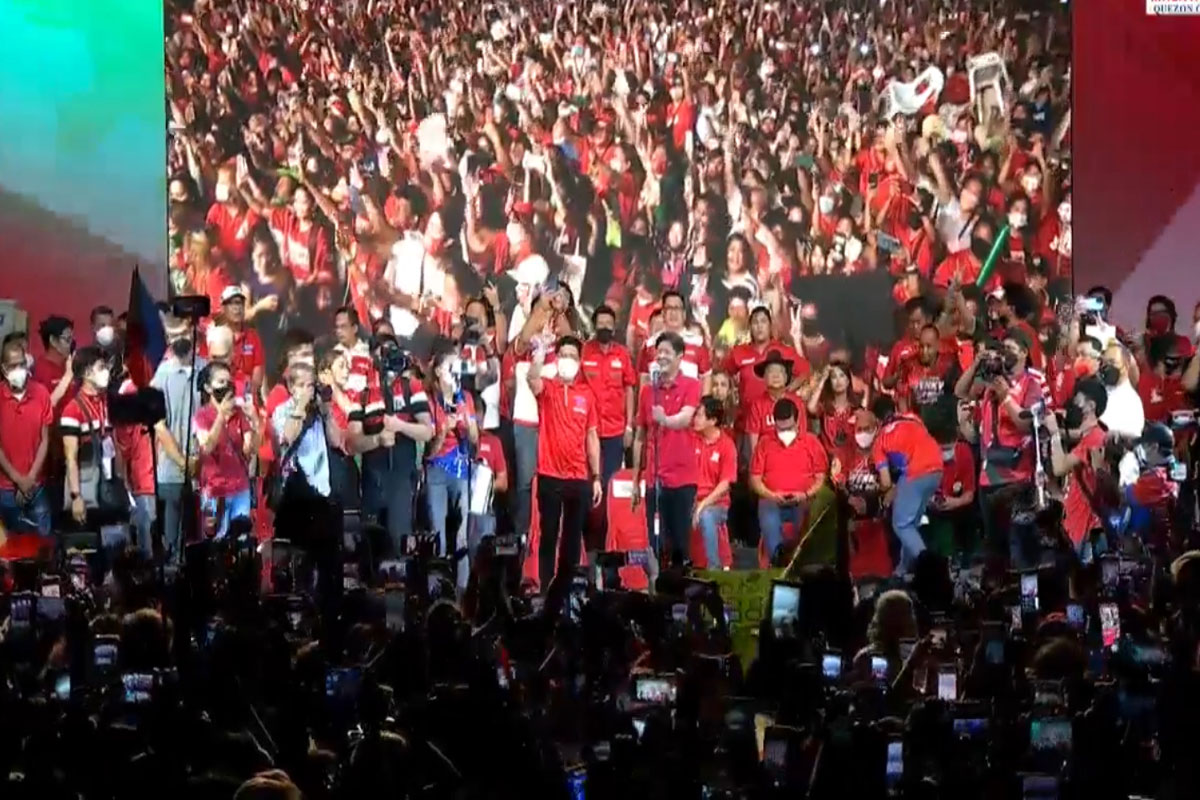 UNITEAM standard-bearer former Sen. Ferdinand “Bongbong” Jr. can’t help but be wowed by the crowd that took part in the grand rally Wednesday along Batasan Road and joked about transferring his residence to Quezon City for him to enjoy the pro-people platform of government by mayoralty candidate Mike Defensor of Anakalusugan party-list.

“Fantastic” was the word that the Partido Federal ng Pilipinas (PFP) presidential candidate used to describe the audience, which displayed high energy throughout the program that began past 5 p.m.

Like past UniTeam rallies in other parts of the country, the Quezon City rally was another mammoth assembly.

And while Marcos was undoubtedly the star of the show and the clamor of the crowd, Defensor had his shining moments too, thanks to glowing comments from the visiting poltical bigwigs.

Foremost of these is Marcos himself, who joked about transferring residence to Quezon City just so he could enjoy the benefits for city folk that the Defensor has line up once he becomes the new mayor.

To this, Defensor raised his hands over his head and clapped.

Marcos then urged Quezon City residents to help the congressman win as mayor so that he could put his programs in motion.

Duterte, who is running for vice president, is the running mate of Marcos. Both of them are survey frontrunners.

For his part, Defensor guaranteed their special guest, Marcos, a landslide victory in Quezon City, a key city in the metropolis.

Quezon City, Defensor, Castelo vow to work for BBM-Sara landslide win on May 9