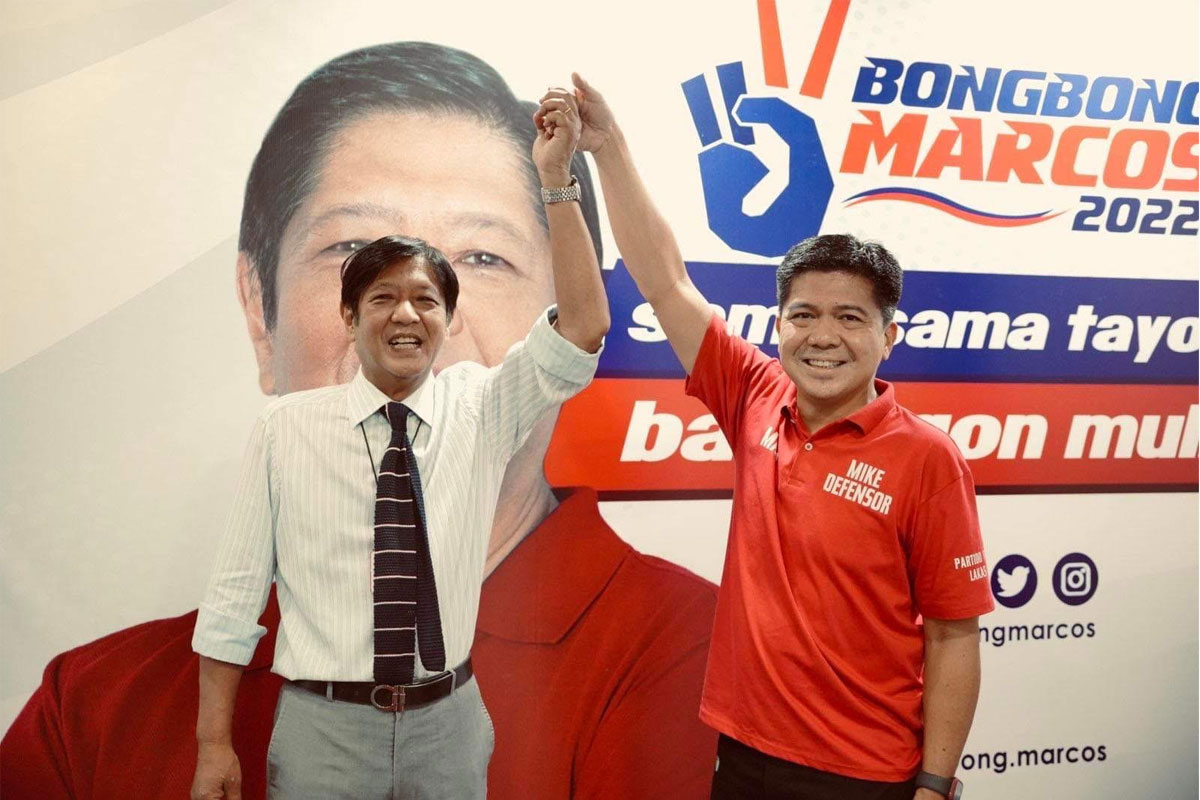 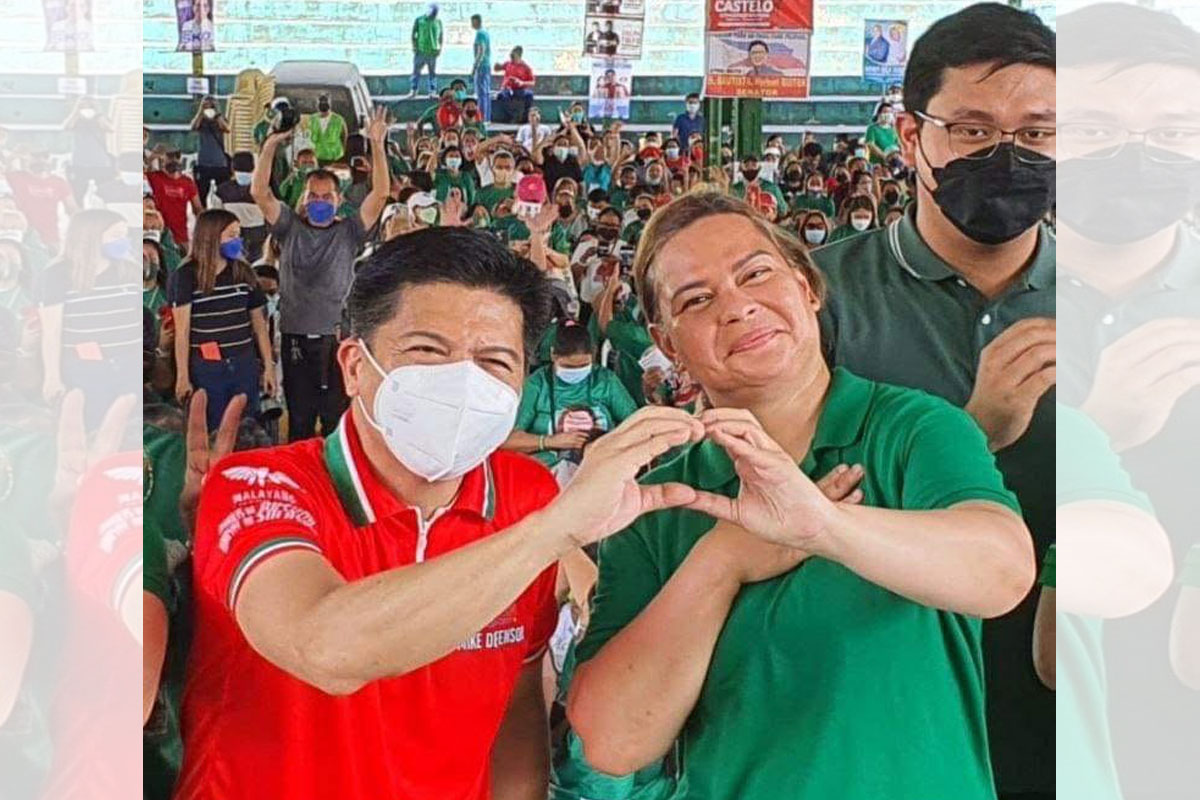 QUEZON City (QC) Mayoral candidate Rep. Mike Defensor of AnaKalusugan is unfazed that his rival for the top post of the country’s largest city, Joy Belmonte, has allied herself with Vice President Leni Robredo.

“We expected their alliance from the start because they (Belmonte and Robredo) go back a long way,” Defensor said, referring to Belmonte’s open support for Robredo when the latter ran for vice president in 2016.

Defensor said he was not bothered by Robredo’s decision to endorse Belmonte for mayor and Belmonte’s move to support Robredo for president in the May 9 elections.

Defensor said he sees the Marcos-Duterte tandem for president and vice president winning by a landslide in Quezon City, with 1.4 million registered voters.

“Our projection is that the Marcos-Duterte tandem could receive up to 64% of the votes in Quezon City, depending on the number of people that will actually go out and cast their ballots on May 9,” Defensor said.

In the latest Pulse Asia survey conducted March 17-21, Marcos retained his big lead in the presidential race with 56% voter support, whereas Robredo lags far behind with 24%. 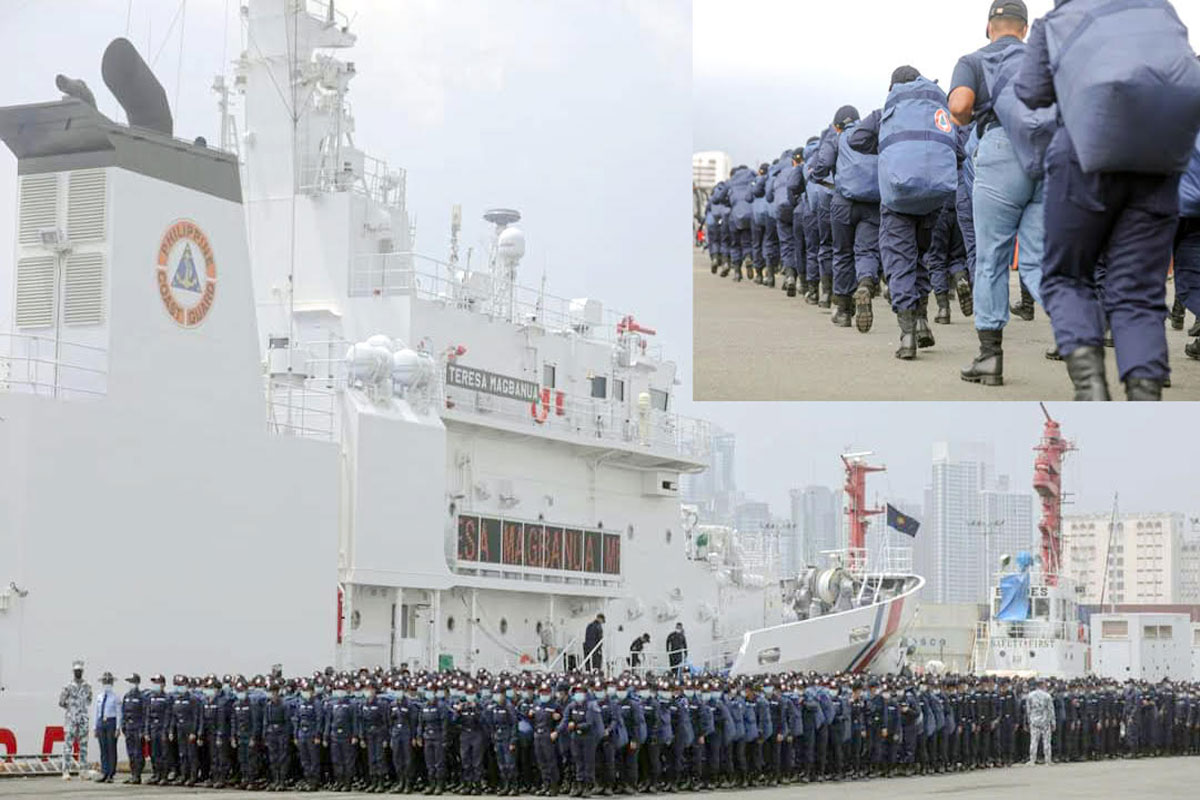