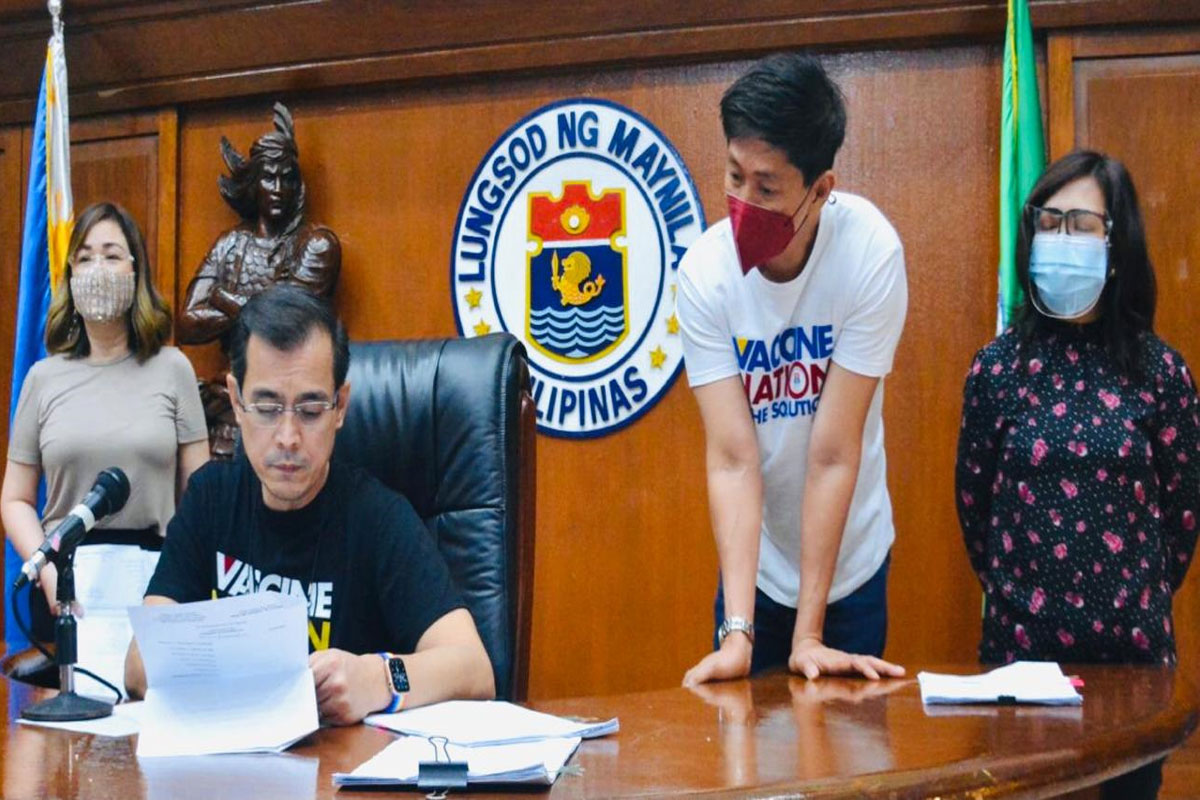 THE city of Manila began the hiring process for about 200 personnel who will be assigned at the Manila COVID-19 Field Hospital at the Luneta Park area which will formally open on June 24, coinciding with the city’s 450th Founding Anniversary.

In facing the newly-hired staff of the yet to be opened COVID hospital, Moreno told them to be ready to work in a very hazardous environment, since the said hospital will be accommodating, exclusively, mild to moderate cases of coronavirus patients and to put their heart in their work.

The said hospital which has 344 COVID beds, was finished in a record time of 52 days or eight days before the self-imposed, two-month deadline set by Moreno himself. The some 300 workers, headed by city engineer Armand Andres, city architect Pepito Balmoris and city electrician Randy Sadac worked on the hospital round-the-clock on the mayor’s orders.

Before signing the appointment papers of the applicants, Moreno met with them and asked them to accommodate everyone who goes there and needs help, including non-Manilans.

Moreno added: “Hindi naman pwede na lawayan natin ang Welcome Rotunda at hanggang dun lang sila hindi makakapasok. As I have been saying, the pandemic is a universal problem which should be addressed inclusively. Naglalabas-masok sila sa Maynila, so either they infect us or we infect them.”

The mayor said the hospital staff should even be proud if non-Manilans go to them for help, since it goes to show that these patients believe in them.

While some need the job for economic reasons, Moreno told the newly-hired personnel that they should put into heart that the best part of being in the public service is when one hears the words ‘thank you’ and knowing that you were able to help which he said is an opportunity that not everyone enjoys.