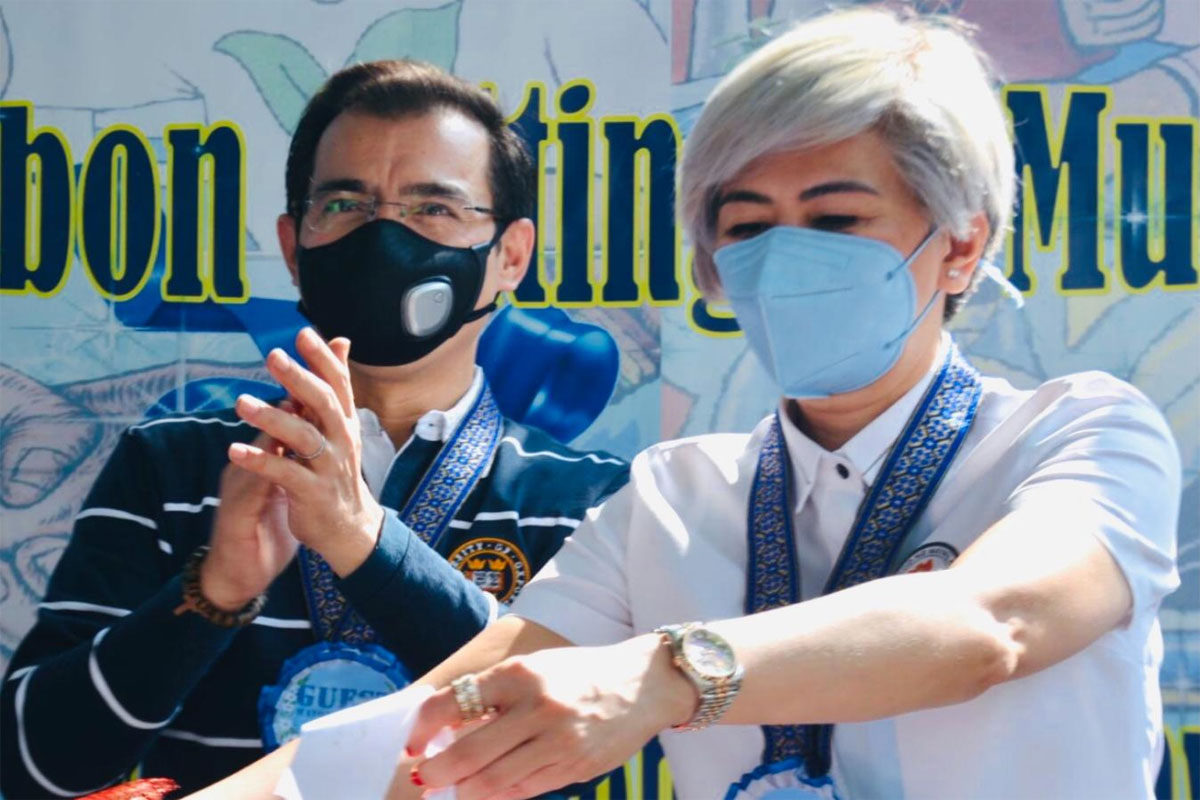 Mayor Isko Moreno praises Manilans for wanting to get vaccinated without any incentive.With him is Vice Mayor Honey Lacuna. Photo by JERRY S. TAN
Metro,

MAYOR Isko Moreno said the city government of Manila is fortunate that it does not have to offer any incentives to its residents just to get vaccinated.

Moreno said the long queues at the designated sites every time there is a slated vaccination is one solid proof that more and more Manilans want to get jabbed, with the steady supply of vaccines being the only thing lacking at the moment.

Moreno also cited a report from Vice Mayor Honey Lacuna saying there has been a number of people accosted for faking their medical certificates just to get vaccinated. The said document is required when one is getting jabbed under the A3 category, or those aged 18 to 59 with comorbidities.

Lacuna, who is on top of the city’s mass vaccination program being a doctor herself, is joined by teams from the Manila Health Department under its chief, Dr. Arnold ‘Poks’ Pangan in handling the operations at the vaccination sites.

Moreno said the mere fact that some already resort to extreme measures like faking medical certificates just to be able to avail of the free doses, only goes to show the desperation on the part of the people of Manila to already get vaccinated.

This, he said, is an indication that they could no longer wait for their real and right turn that they attempt to fake their way into qualifying in the A3 category.

Lacuna said that at one point, a group of residents were caught carrying the same kind of prescription while there were some whose prescription drugs do not match with their alleged illness.

This, according to Lacuna, is the reason why there are city and barangay personnel already being assigned to check on the documents of those queueing way ahead of the opening of the vaccination sites. People line up as early as 2 or 3 a.m. for vaccination that starts either at 6 a.m. or 8 a.m., depending on the supply of vaccines.

Lacuna said that those carrying dubious documents tend to leave the lines when they learn that a rigid check is being done on the medical documents.

So far, Manila tops the list of cities and municipalities as the fastest when it comes to the deployment of vaccines.

When the supply is many, Moreno orders the vaccination done in at least 18 sites, simultaneously. Initially, the operation was from 8 a.m. to 5 a.m. until he ordered a five-hour extension so that the vaccinating teams headed by Pangan now carry out the free inoculation from 6 a.m. to 8 p.m.

Once the vaccination for the A4 category begins, Moreno said four big shopping malls in Manila will be used for the purpose, on top of the 18 vaccination sites. Each mall, he said, can accommodate at least 1,000 in a single day.