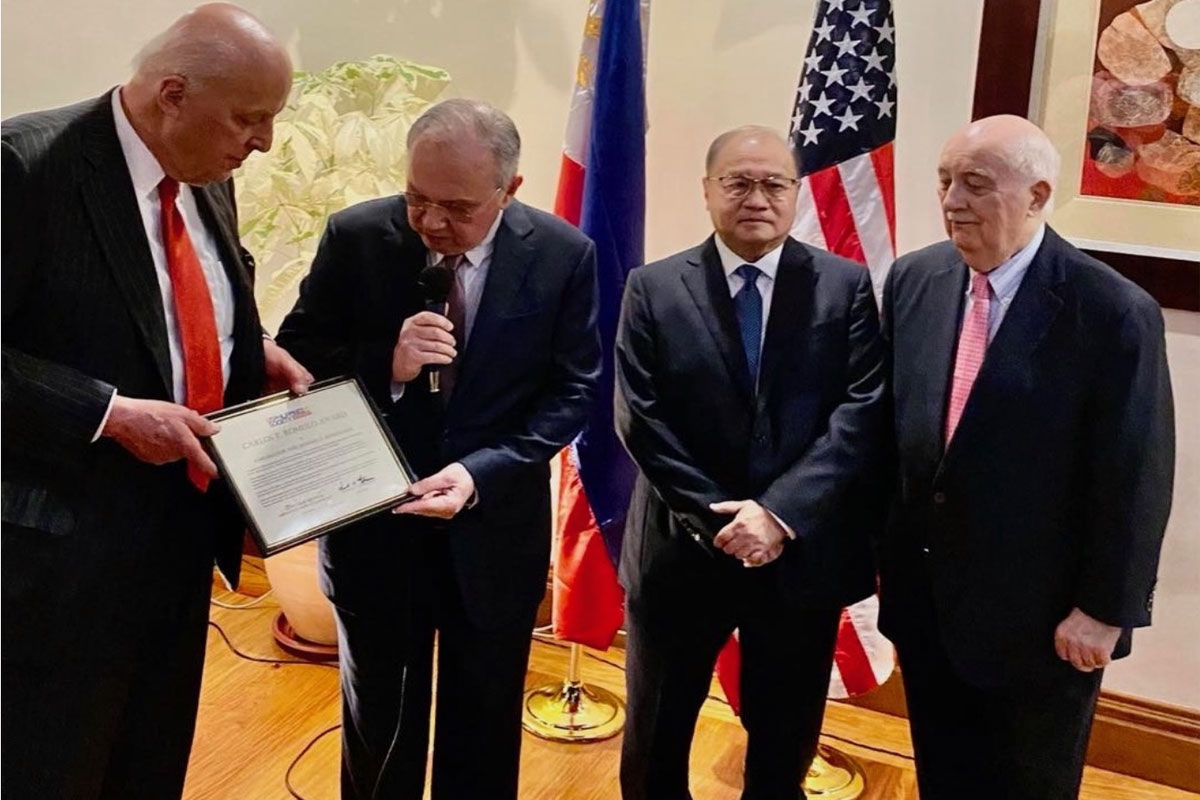 PHILIPPINE Ambassador to the United States Jose Manuel Romualdez was honored with the prestigious Carlos P. Romulo award for his “superior diplomatic service as Philippine envoy in Washington and unflagging support for the US-Philippines Society.”

United States-Philippines Society (USPS) founding co-chairman and former Deputy State Secretary and Ambassador to the Philippines John Negroponte noted that Romualdez has been “a tireless and effective advocate for deepening strategic and economic engagement between the Philippines and the United States.”

“His work in forging partnerships to combat Covid-19, the impact of Climate Change, and confronting other transnational challenges has contributed significantly to advancing the policy priorities of both governments with direct benefits to the peoples of each nation,” Negroponte said.

The Philippine envoy was particularly cited in the manner by which he “engages interlocutors with frankness, clarity, and the facts, a style that reflects his journalism prowess, his credibility, and his keen diplomatic skills” in carrying out his mission.

“Ambassador Romualdez’s work through electoral transitions in both countries, 2020-2021 in the United States and 2022 in the Philippines, has served to ensure continuity in policy direction and maintenance of diplomatic arrangements that underpin the bilateral alliance, thereby contributing to the mutual security of the Philippines and the United States,” the award citation read.

Composed of prominent Filipino and American businessmen and politicians with PLDT chief Manuel V. Pangilinan as founding co-chairman, the US-Philippines Society is a private, non-profit organization whose mission is to build on the longstanding historical ties between the Philippines and the US and bring that unique relationship to the 21st century.

It aims to elevate the profile of the Philippines in the US and boost economic, trade and investment prospects between the two countries as well as strengthen cultural, educational and people-to-people ties.