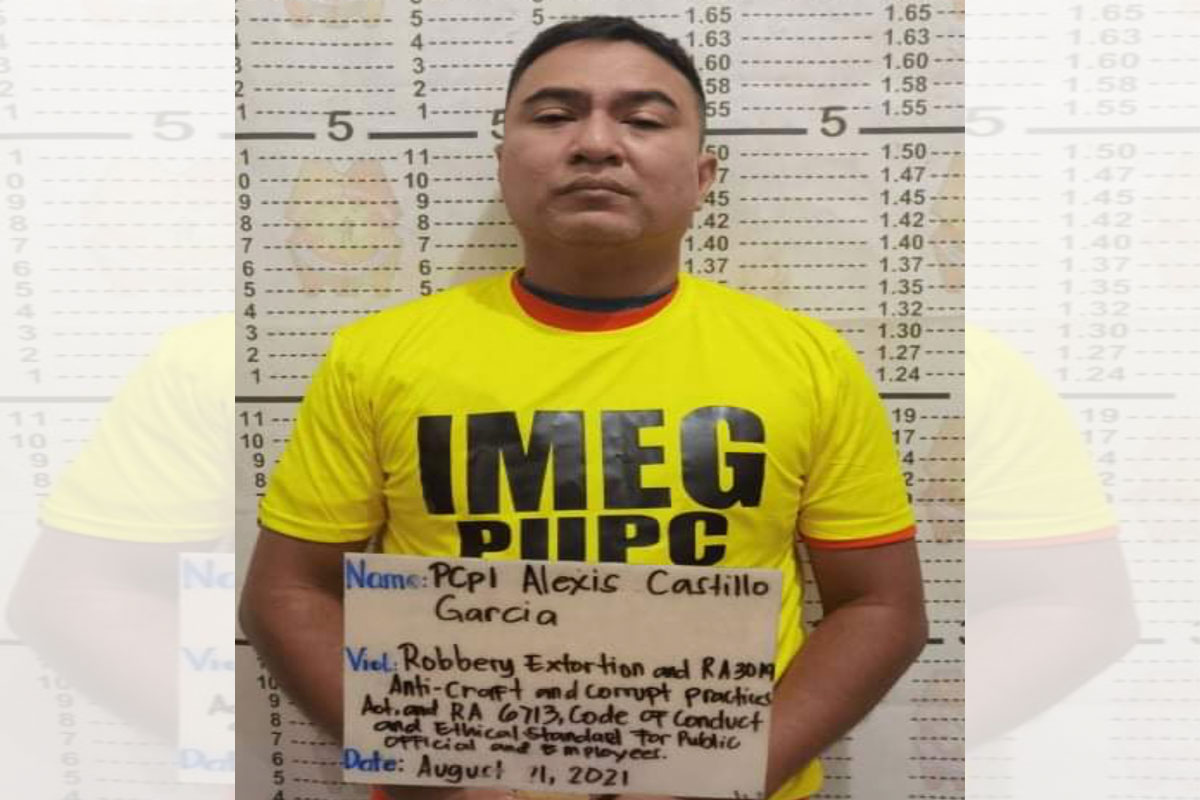 Garcia was arrested at around 3:10 p.m. on August 21 due to numerous complaints against him.

The suspect was arrested in a sting operation on Mayor Climaco Avenue, Zamboanga City conducted by the joint elements of Team 4 of IMEG MFU, CIDG 9, RMFB 9, RIU9 and RID, PRO9 in coordination with the Zamboanga City Police Office.

The operation stemmed from the walk-in complainant’s claim that the suspect had demanded P120, 000 in exchange for not implementing the transfer of the complainant’s sister — who was earlier arrested for a drug offense — from the PS11 ZCPO detention cell to the city jail.

The suspect was brought to the CIDG RFU9 at Zamboanga City for documentation and for the filing of appropriate criminal and administrative charges. By ZAIDA DELOS REYES & ALFRED DALIZON