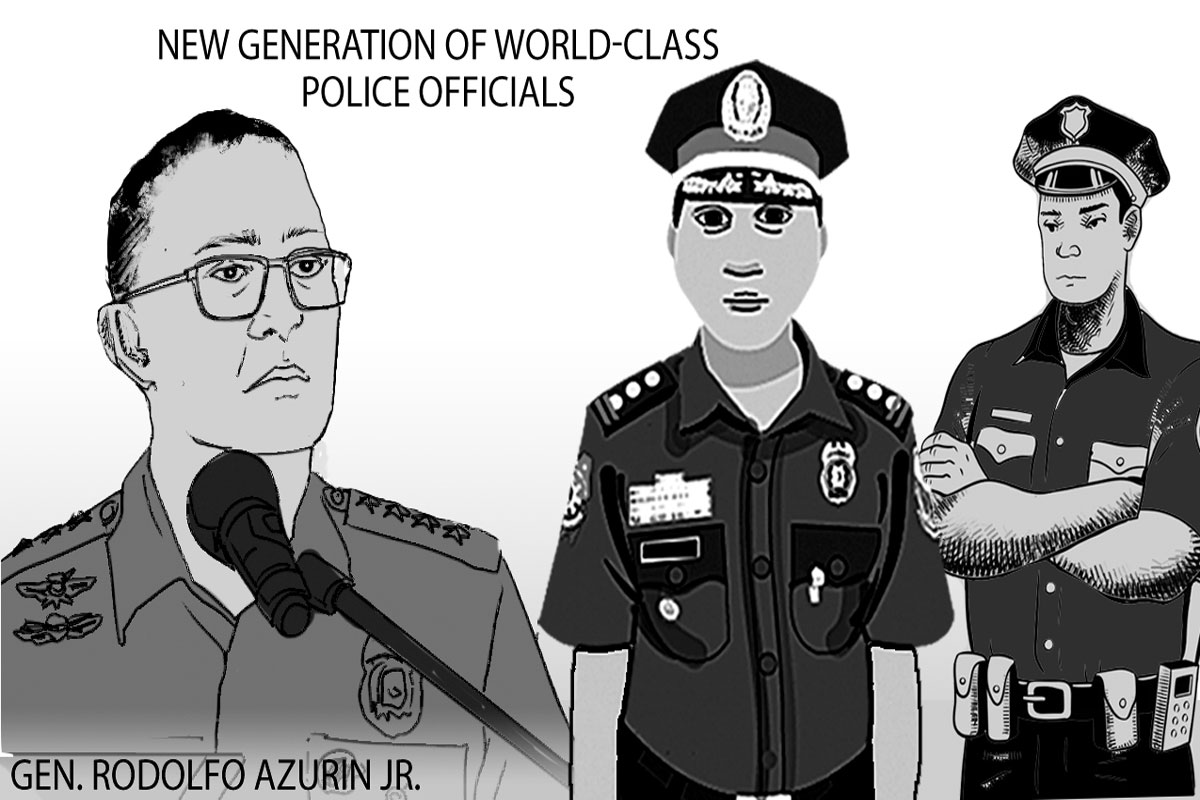 THE Philippines, an impoverished but natural resources-rich Southeast Asian nation of more than 110 million people, is developing a new generation of world-class police officials.

The government, through the “Cadetship Program” of the Philippine National Police Academy (PNPA), hopes to develop professional, morally-upright and dedicated public safety officers.

No less than the head of the Department of Budget and Management (DBM) – Amenah Pangandaman – said these new cops would be imbued with the values of justice, integrity and service.

And Secretary Pangandaman said the DBM “fully supports” the police agency’s vision to be a world-class center of excellence in public safety education in the Philippines.

The presence of these “misguided” police officers and men continues to tarnish the image of the Philippine National Police (PNP), the nation’s premier law enforcement agency.

Even President Fedinand R. Marcos Jr. has called on police officers to ensure that they are “firmly grounded on moral principles in the performance of their sworn duties.”

President Marcos aired the call in a speech during the 121st police service anniversary last August.

Likewise, he reminded the PNP, which is civilian in nature but national in scope, that the use of force must be “reasonable, justifiable and only undertaken when necessary.”

The Chief Executive from Ilocos Norte said his administration’s crackdown against illegal drugs would focus more on prevention and rehabilitation rather than law enforcement.

In the view of various quarters, this will be good for the nation and the Filipino people, particularly the youngsters.