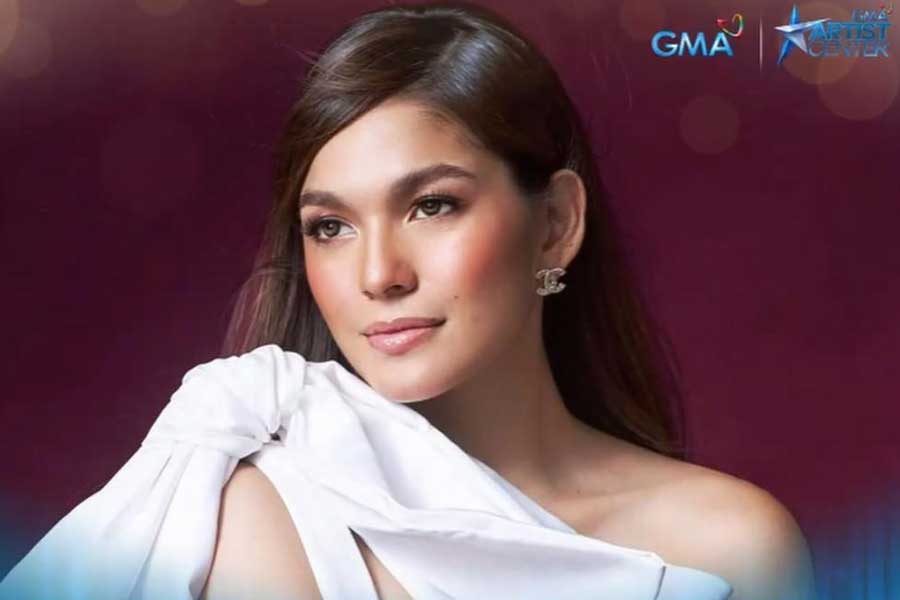 Work serves as therapy for Andrea

ANDREA Torres is proud to be part of “Legal Wives” which was presented to the press last Monday night. It’s really impressive, based on what we’ve seen, epic in its scope and sprawling in its execution. It’s evident that GMA-7 spent a lot for the production. What’s her role in “Legal Wives”?

“My name is Diane San Luis, the only Christian sa three wives in Dennis Trillo as Ismael,” she says. “She loves Ismael and wants their marriage to work, but maraming conflicts at laging nagka-clash ang tatlong wives. They compare how Ishmael is treating them. Lagi kaming nagbabangayan, kami ni Dennis, ng family niya, and the two other girls, sina Alice Dixson and Bianca Umali kasi I cannot understand ‘yung sitwasyon namin.”

She wouldn’t want to be in the same shoes as Diane. “Mahirap for us Christians to understand ‘yung concept ng poligyny, kasi sanay tayo sa monogamy, but in this show, what Dennis did is a selfless act. Kasi ‘yung ginawa niya, it’s their way of helping or saving a person na nabiyuda like Alice o na-rape like Bianca. Eye opener for me doing this show kasi nalaman kong ang Muslims, very family oriented ang culture nila. They stick to their beliefs para makapunta sila sa paradise.”

Why did her character consent to being just one of the wives? “Si Diane, in love talaga siya kay Dennis kaya pumayag siya sa ganoong setup. Dapat mapaintindi ko kunsaan siya nanggagaling, para naman viewers won’t see her just as a contravida. May Muslims and Imam on the set as consultants to make sure na maayos ang pagpo-portray namin sa culture nila.”

She just renewed her contract with GMA. “I am very happy kasi napi-feel ko ang love ko nila for me. Naiyak nga ako sa video flashback nila of my past shows. I remembered when I still doubted myself kung kaya ko ba mag-soap. Natatakot pa ako noon at lahat ino-over think ko. But now, I’ve matured and have become more confident about giving justice to the roles they give me.”

Does she feel any pressure? “Yes, may pressure, but I use it to challenge myself to deliver a better job and push myself para mapasaya ang GMA at ang viewers.”

Is she also doing a sitcom with John Lloyd Cruz? “You know, narinig ko lang ‘yan sa kuwento-kuwento but there is no official announcement yet from GMA, so i cannot claim na yes, I’ll do it. But I’m happy kung matutuloy, kasi fan ako ni John Lloyd and, although I’ve appeared in ‘Bubble Gang’ na gag show, I’ve never done a sitcom, so pinagpe-pray ko na sana nga, matuloy.”

We all know what she went through in her recent aborted love life. How is she now?

Is she open to having new suitors? “Yes naman. Kasi siempre, dapat lang na may time din for that, right? Kapag may ibinigay si Lord, why not? But as of now, I’m sobrang inspired sa work kasi na-miss ko ring magtrabaho. No reason for me to feel sad at all, kasi ang daming blessings na dumarating sa akin.”

Don’t miss “Legal Wives” on GMA Telebabad that starts airing this Monday, July 26, right after “The World Between Us”.

VIVAMAX is now the number one streaming channel in the country today and this is not surprising because they have so much to offer to viewers. They are so busy releasing one new local movie every week. And aside from this, they also have so many exciting foreign films to offer. It’s also much cheaper than other channels as Vivamax is now available for your unli-watching pleasure at only P29 pesos for 3 days. 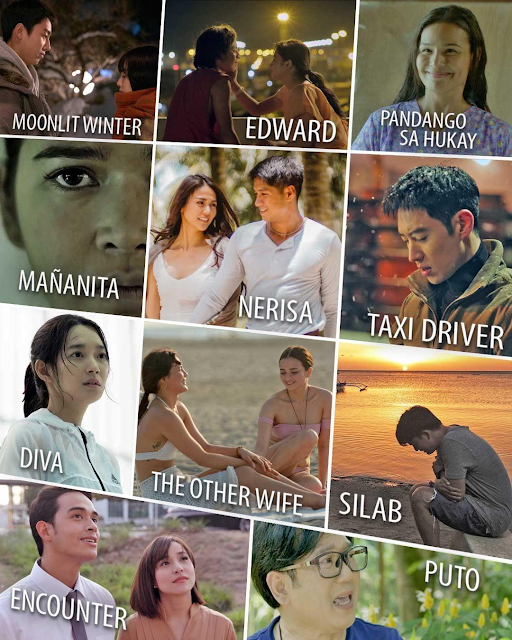 It is Vivamax’s way of thanking the hundreds of thousands of subscribers who are enjoying its truly Pinoy content since its launch in early 2021. And the surprises continue with the launch of Vivamax Originals and top local films to suit every Pinoy film viewer’s taste.

“Nerisa” is the launching film of ex-beauty queen Cindy Miranda in her boldest film to date as a mysterious maiden whose arrival upsets the lives of people in a remote peaceful island, written by Ricky Lee and directed by Law Fajardo, co-starring AJ Raval, Sean de Guzman, Elizabeth Oropesa, Bembol Roco and Aljur Abrenica. This starts streaming globally on July 30

“Revirginized” stars the Megastar Sharon Cuneta in her first movie to be shown during the pandemic. This is another surefire hit from maverick and sensational director Darryl Yap. Sharon plays Carmela, who’s dumped by her husband Albert Martinez and then relives the younger years she never had by letting loose at a wild beach party. She gets to enjoy life again and finally puts herself first with the help of a hunk tattoo artist played by Marco Gumabao. The trailer is now shown on the net and Sharon’s fans are shocked with the riotous antics she does in mny scenes. Also in the cast are Rosanna Roces and Abby Bautista. “Revirginized” airs starting August 6.

“Ikaw at Ako at Ang Ending” stars real-life sweethearts Kim Molina and Jerald Napoles in their third screen outing after “Jowable” and “Ang Babaeng Walang Pakiramdam”, both certified hits. This is their most daring film so far, from the writer and director of the blockbuster hugot movies, “Camp Sawi,” “Meet Me in St. Gallen,” and “Sid & Aya: Not a Love Story,” Irene Villamor, this romance drama film airs on August 13.

A musical performance is also coming on Vivamax. “Rico Blanco Songbook: Musical Stories” by Rico Blanco, a musical documentary which features a ten-track album compilation that reinvented the hits of the Pinoy rock artist such as “Your Universe” by Sarah Geronimo, “Wag Mong Aminin” as interpreted by Ebe Dancel, This Band’s “Liwanag Sa Dilim”, and Janine Tenoso’s “A Love To Share”.

New local titles to stream on Vivamax this August include the all-new “Kagat ng Dilim” horror anthology with stars like Cristine Reyes, Alma Moreno, Mark Anthony Fernandez, Maui Taylor, Nathalie Hart, Meg Imperial, and many more, helmed by a fresh batch of acclaimed young directors who know how to give you a good scare.

Then there’s “Watch Me Kill”, starring Jean Garcia and Jay Manalo, a psychological thriller that won three major awards (Best Director, Best Cinematography, and Best Editing) in the Pista ng Pelikulang Pilipino. This is about a ruthless assassin whose plans were interrupted when the man she was paid to kill is with a young girl.

Also not to be missed is “Mañanita” with Bela Padilla as a retired and horribly scarred sniper who seeks revenge for the death of her parents, directed by Paul Soriano. Other local films: “Pandanggo sa Hukay” stars Iza Calzado in a woman’s journey through a series of unfortunate events. It is directed by She Andez and an all-female production team.

“Edward” – an unforgettable coming-of-age story of a young boy stuck in a hospital taking care of his ailing father, with Louise Abuel winning best actor in the Dhaka International Filmfest for his title role performance and Ella Cruz winning Cinemalaya best supporting actress as the ill-fated love interest of Edward.

Two local series to be enjoyed on Vivamax are “Encounter”, a romantic-drama based on Korean show starring Cristine Reyes and Diego Loyzaga, and “Puto”, the hilarious sequel to the classic movie “Puto” starring Herbert Bautista, McCoy de Leon, and the Beks Battalion.

Then there’s “Divorce”, an informative documentary which features real-life interviews of people who suffered from domestic violence and how they managed to get out of it. This also talks about why divorce should be legalized in the Philippines.

Vivamax also releases a lot of international titles including Hollywood and Korean films. “Angel Has Fallen” stars Hollywood Superstar Gerard Butler reprising his role in the hit “Fallen” action series about saving his country from an imminent danger and “Serenity”, a mystery thriller starring Matthew McConaughey and Anne Hathaway. “Adrift” is a movie about survival in the harshest sea storm. “The Lost City of Z” is a biographical adventure drama about the search for a mysterious city in the Amazons.

Subscribe using VIVAMAX app via Google Play Store and App Store. For only P29, you can unli-watch for three days, P149/month, and P399 for 3 months for bigger savings!