Journal News / Entertainment / Showbiz / What Gabbi likes most about Khalil 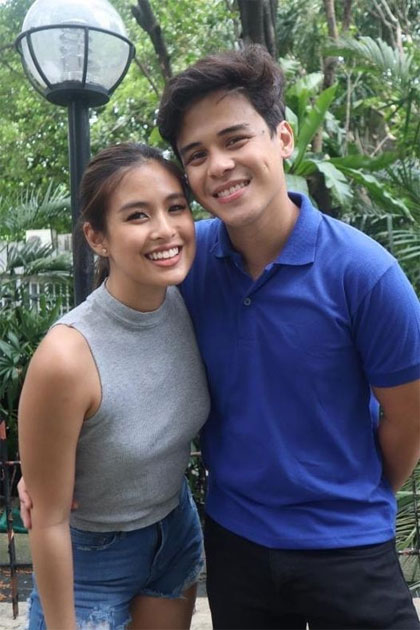 GABBI Garcia just renewed her contract with GMA Network and Artist Center. She was only 15 when she first signed up as a Kapuso and was introduced in the afternoon series “My Destiny” in 2014. She was first paired with Ruru Madrid and they did several shows together but Gabbi hit it big when she played Alena in the remake of “Encantadia” in 2016.

“I gained a lot of experience and new friends in my years with GMA so I’m just happy to renew my contract with them,” she says. “GMA has been an instrument para magsilbing daan to fulfill my dreams and I will always be grateful for that.”

“It’s about romance in cyberspace,” she says. “I play Anna Marie, an online teacher who posted a prank sa internet saying na kapag naka-one million comments ang post niya, magjojowa na siya. It generates a lot of buzz and a certain netizen named Alden Retzards responded to it. Khalil plays Matt, an I.T. expert who comes to repair the wifi connection at home. He’s an introverted guy na may pagka-torpe at hindi marunong manligaw pero naging close kami. Then, dumating si Manolo Pedrosa as Miggy, who claims na siya Alden Retzardz so I’m torn between the two of them.

”People say that Gabbi’s “kayumangging kaligatan” beauty and her being so articulate make her a perfect candidate in beauty pageants so we are not surprised many folks are urging her to join one.

“I want to thank them for believing in me,” she says. “Dream ko rin naman talaga yun but at this point, andami kong ibang ginagawa, e. Bukod sa work ko sa GMA, I also have commitments sa social media and some endorsements.

She’s been on with Khalil for four years now. What did she like in him initially?

“We’re opposites ni Khalil kasi introvert siya and extrovert ako. Very misterioso siya, intriguing, hindi agad all out, so you will feel that we have to spend more time together para makilala ko siya lalo. We’ve grown together and we now have a food show and we also have a podcast, so we’re busy making content together. Khalil has his own production house so we have all the equipment. We will also do ‘Stories from the Heart’ and we will be in lock in taping next week, to be shown later this year.”

Who’d she want to be paired with in a Girls Love series? “Sa GMA, si Sanya Lopez kasi we’re closed and we’ve worked together na in ‘Encantadia’. But I also want to try action films. I want to explore more and challenge my versatility as an actress.”