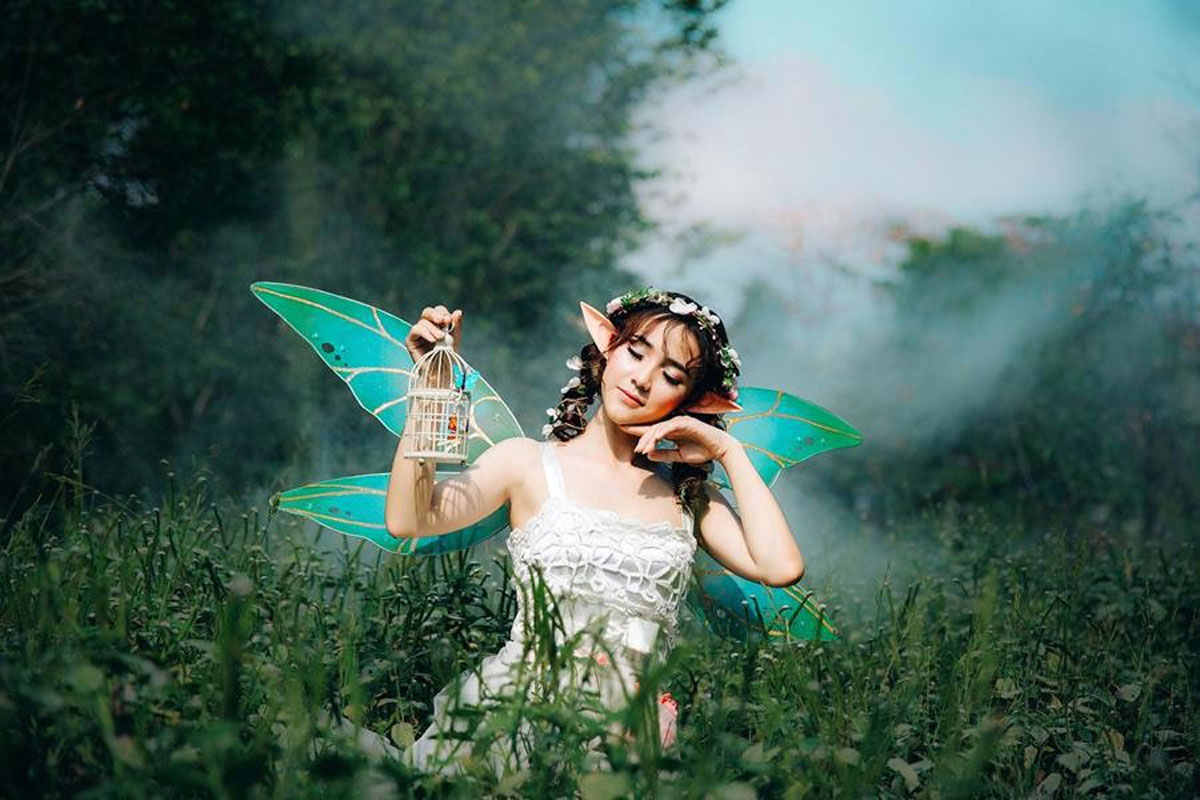 Weird Tales of the “Little People” Mythology or Fact?

The idea that genuine “little people” really exist is likely to make most people laugh. Or, perhaps, cause them to walk away and forget about the whole thing. And, it’s not surprising. The fact is, though, there are numerous reports of such diminutive creatures. One fascinating – and bizarre – story reached Mac Tonnies, who was the author of The Cryptoterrestrials and After the Martian Apocalypse. Mac said: “I have a reliable first-hand report of ‘little people’ at large in the American Northwest. My source encountered a small congregation of these beings in a wooded area. Human-like in all essential respects, the beings were nevertheless small, like normal people in miniature. Although the encounter was brief, my source was able to glean some important information. The ‘little people’ claimed to predate North American cultures and possessed their own language. As in so many accounts of meetings with ufonauts or ‘paranormal’ entities, they appeared Asian, again inviting speculation that they originate from a ‘lost’ community that has opted for a peripheral role, effectively hidden from the mainstream.” Now, onto further cases of the little people.

Frank Banner’s family tells of the time that Frank, in 1971, encountered a group of around fifteen strange, diminutive beings in the vast woods surrounding Winona, Minnesota, as he took a stroll with the family dog. According to Banner, as he walked along one particular track he suddenly developed a sense of being watched. He was. Within seconds, a group of very human-looking, but only about two-feet-tall, creatures came out of the woods in front of him. Curiously, the dog did not act in a hostile fashion, but wagged its tail vigorously, as if it was greeting a bunch of old friends. Banner, however, was terrified by the sight of this strange band of mini-people – all of whom were dressed in what Banner described as “primitive clothing.” The group did nothing more than smile at Banner, wave, and then continue on their way, into the woods on the other side of the track. Despite the fact the family made jokes about Frank having met a tribe of pixies, until his dying day Banner believed he had encounter an extraterrestrial race of very human-like – albeit small – proportions.

Now and again a story will surface that is so bizarre it is difficult to place it into any specific category. Dave Shaw’s experience in 1999 is a perfect example. While walking through the woods surrounding Texas’ Lake Worth, he saw what can only be described as a “little man” that raced past him at a very fast speed, and who was dressed in a yellow, one-piece outfit. “Little” is undeniably apt, as Shaw estimated that the “man” was roughly one-and-a-half-feet in height. The little man didn’t turn back to look at Shaw; he just carried on running, vanishing into the undergrowth. Alien? Sprite? Goblin? There is no answer to that question. Let’s now turn our attention to September 28, 1984. The location: Adelaide, Australia. The witness to the curious caper was a woman named Sam. As she walked home from a late shift at the restaurant Sam worked, she almost stumbled into what she described as a “little man,” about two feet tall, who raced across the quiet road and who was dressed in a silver, one-piece suit – and a large helmet. He vanished into a nearby alleyway. Sam says she was “too amazed to be scared” by the weird experience.

Such cases have occurred in the United Kingdom, too. One of them came from Janice Bakewell, a woman who encountered a small UFO – as in extremely small – in Marlborough, Wiltshire, England in 1977. Janice was walking through nearby woods with her dog early one morning when she heard a loud buzzing noise that quickly filled her ears – and clearly those of her dog, too. Puzzled, she looked around, but it was all to no avail – at least, for around two minutes. Then, everything became amazingly clear. As if out of nowhere, a small flying saucer appeared before her, hovering at a height of around four feet off the ground, in a small clearing in the trees. It was circular in shape, silver in color, and had a red band around its middle. And, it was barely four-feet across! She watched, astonished, as the diminutive craft settled to the ground – in decidedly wobbly fashion – and a small door opened. Janice still recalls holding her breath, wondering what might happen next. She soon found out.

Out of the door flew three, three-to-four-inches tall small humanoid figures: clearly female and glowing brightly, they fluttered around Janice for a minute or two, dressed in silvery mini-skirts! At one point the tiny trio landed on Janice’s right arm, smiled, then flew back into the craft, which shot away into the skies, never to be seen again. Such rogue cases are so often dismissed by Ufology; yet they are weirdly engaging and not at all rare. Let’s now go back to the early part of the 20th century. Although this case doesn’t specifically involve a “little person,” it does have a Fairy-like nature, so we’ll take a look at it. And, the person who chronicled the story was an expert in this field.

Now, we take a look at W.Y. Evans-Wentz, who was born in Trenton, New Jersey in 1878 and developed a deep interest in the world of the paranormal at a young age. It was an interest that he never lost. Indeed, it stayed with him until his death, in 1965. As well as being a respected anthropologist, Evans-Wentz was someone who was also fascinated by Buddhist teachings and beliefs. Evans-Wentz was a prestigious writer and publisher, having published, in 1927, an English version of widely acclaimed and still extensively read, The Tibetan Book of the Dead. As for his own books, they were as notable as they were varied, one of the most revered being The Fairy-Faith in Celtic Countries. It’s a book which is packed with fascinating accounts of old, supernatural encounters between the people of Ireland, Wales, Scotland, the Isle of Man, and Brittany, and magical entities that have variously been referred to as elementals, fairies, goblins, sprites, and the “wee folk.” One story collected by Evans-Wentz stands out. 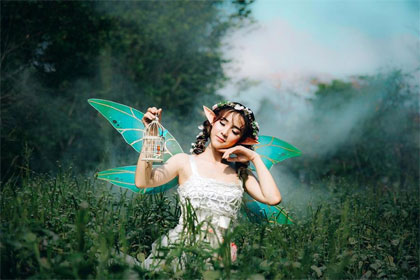 The story was personally shared with Evans-Wentz by a colleague at England’s Jesus College at Oxford University – a university which Evans-Wentz studied at as a young man. The story told to Evans-Wentz was as bizarre as it was undeniably sensational. The man in question was Irish and a former resident of County Kerry, one who had chosen Oxford University as his place of education. According to the curious story told to Evans-Wentz, it was in the first week of December 1910 that the man and a friend were heading home from a night out in the Irish city of Limerick. Given that it was a fair distance away, and darkness was already on the land when they went out – never mind during their return – they chose to travel on horseback, something which would make the journey to Limerick, and home again, an easy one. It turned out, however, that fate had other things in store for the two twenty-three-year-olds. Very strange and unforgettable things. It was as they approached Listowel – a 14th century market town in County Kerry – that the pair couldn’t fail to see a powerful, brilliant light at a distance of around half a mile from them.

Suddenly, the light was joined by another one that was practically identical in appearance, and also in size, which was somewhere in the order of around six feet in height. As the two men sat on their horses, and stared in amazement at these curious displays of light, they saw something incredible happen: within the flames that were contained within the two lights, they could see a pair of what were described as radiant beings with “human form;” the flames having transformed into the entities. The lights then moved towards each other and unified as one. The figures within, Evans-Wentz was told, then strode out of the lights and towards the two men. Incredibly, they seemed to be glowing. In other words, the brilliance they gave off was not a reflection from the balls of light that surrounded them. No, they were radiating the glowing eeriness themselves. Such was the brightness, the two friends were unable to make out if their visitors of the night were male or female, or one of each. But, they were clearly humanoid and had noticeable halos around their heads. Not surprisingly, they quickly headed home, their galloping horses getting them there in a timely fashion.

I have to admit that such cases stretch credulity to the absolute max. Nevertheless, I can state that I interviewed some of the people in this article firsthand – all of who came across absolutely credible. That makes me wonder: could there be races of small beings, hiding on our world, and whose activities have led to legends of Goblins and Fairies and other presumed-folkloric entities, too? Perhaps, that’s exactly what has happened.

Saints and Demonic Possession in the Wilds of Canada