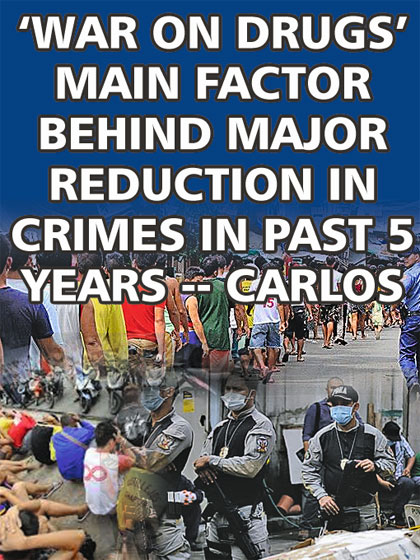 CRIME volume in the country has been greatly reduced over the past five years-and-a-half as a result of the successful illegal drug operations by the Duterte administration, Philippine National Police chief, said Thursday.

The top cop also said the effects of the successful illegal drugs operations by the Duterte government are already being felt by ordinary Filipinos.

Carlos said the successful anti-illegal drugs operations in the past five years already resulted in the unprecedented reduction of crimes in the country.

The PNP has always maintained that most of the crime incidents in the country are related to illegal drug abuse, a position that was vindicated by the continuous and significant reduction of crime in the country in the last five years.

Carlos also noted that the slump in crime incidents is more prominent in the marked 67.76 percent decline in Index Crime cases recorded over the same 65-month period from July 2016 through September 2021.

He said these data are contained in the National Crime Environment Report derived from the Crime Information Reporting and Analysis System (CIRAS), an electronic crime analytic tool that captures blotter entries and incident reports from all PNP units and offices across the country.

The biggest decline in crime incidents was posted in Mindanao at 53.81 percent. Luzon and Visayas registered a 48.42 percent and 45.30 percent crime reduction respectively.

Overall nationwide, the police solved 38.35 percent more cases in 2016-2021 or a Crime Solution Efficiency (CSE) rating of 78.62 percent, compared with the 40.27 percent CSE during the previous 5-year period.

The same National Crime Environment Report showed that crime against persons dipped 64.68 percent while crime against property fell 69.91 percent in 2016-2021, he added.

“All these marked improvements in the overall crime picture translate to better security outlook among our people and further adds to upbeat investor confidence that spur economic growth despite the ongoing health crisis,” he said.

Carlos and Philippine Drug Enforcement Agency chair, Director General Wilkins M. Villanueva have maintained that the confiscation of the illegal drugs that could have really flooded the streets is solid proof that illegal drugs present a ‘clear and present danger’ to the survival of the country where authorities need to be prepared to respond to armed and dangerous drug traffickers, lest they end up dead just like the dozens of policemen and soldiers who have sacrificed their lives while fighting drug syndicates over the past five years.

Last December 27, nearly P535 million worth of shabu were confiscated by combined agents of the PDEA, the PNP Drug Enforcement Group and the Armed Forces in Mandaluyong City.

Citing statistics from the PNP Directorate for Operations, Carlos said that from January to November 2021, police arrested 66,278 illegal drug personalities and seized an estimated P4.653 billion worth of shabu and other prohibited drugs.

He added that overall, they also partnered with the PDEA in accounting for more than P8.5 billion worth of the so-called ‘poor man’s cocaine.’

Carlos said that among the ‘big fishes’ they neutralized during the period were Chinese nationals Gao Manzhu, Hong Jianshe, Eddie Tan and Xu Youhua. The four were killed in a shootout with PNP and PDEA agents last September 27 in Barangay Libertador in Candelaria, Zambales. Recovered from the suspects were an estimated 500 kilograms of shabu worth P3.4 billion.

Since July 2016 to date, government agents have seized around P74.8 billion worth of the so-called ‘poor man’s cocaine’ and other prohibited drugs. Of the confiscated prohibited substance, around P64.8 billion of them are shabu which were mostly believed to have been smuggled into the country by foreign drug syndicates especially rogue Chinese nationals.

The buy-bust operation last December 27 inside a popular condominium in Mandaluyong City led to the arrest of Mike Abac, a 32-year old businessman and Edison de Guzman,37, a cook. Both are residents of 8320 Guadalupe Nuevo, Makati City.

Villanueva said that recovered during the sting were 77.5 kilos of shabu worth P534,750,000.00, various drug paraphernalia, a mobile phone they used in making the illegal drug transaction with the undercover officer and the boodle money topped by several marked bills.

The two suspects are now being held at the PDEA lock-up facility and are facing non-bailable charges for sale and possession of prohibited drugs under Republic Act 9165 or the Comprehensive Dangerous Drugs Act of 2002.

Carlos said they are banking on more ‘intelligence-driven operations’ to account for more ‘high-value targets’ in the country and seize more drugs even as he maintained that the PDEA-PNP operations against illegal drugs has been a major factor in reducing to at least 64 percent the crime volume in the country, thus making the streets much safer for peace-loving citizens.

According to him, the successful anti-illegal drugs operations in the past five years already resulted in the unprecedented 64 percent reduction on crime in the country.

The PNP has always maintained that most of the crime incidents in the country are related to illegal drugs abuse, a position that was vindicated by the continuous and significant reduction of crime in the country in the last five years. 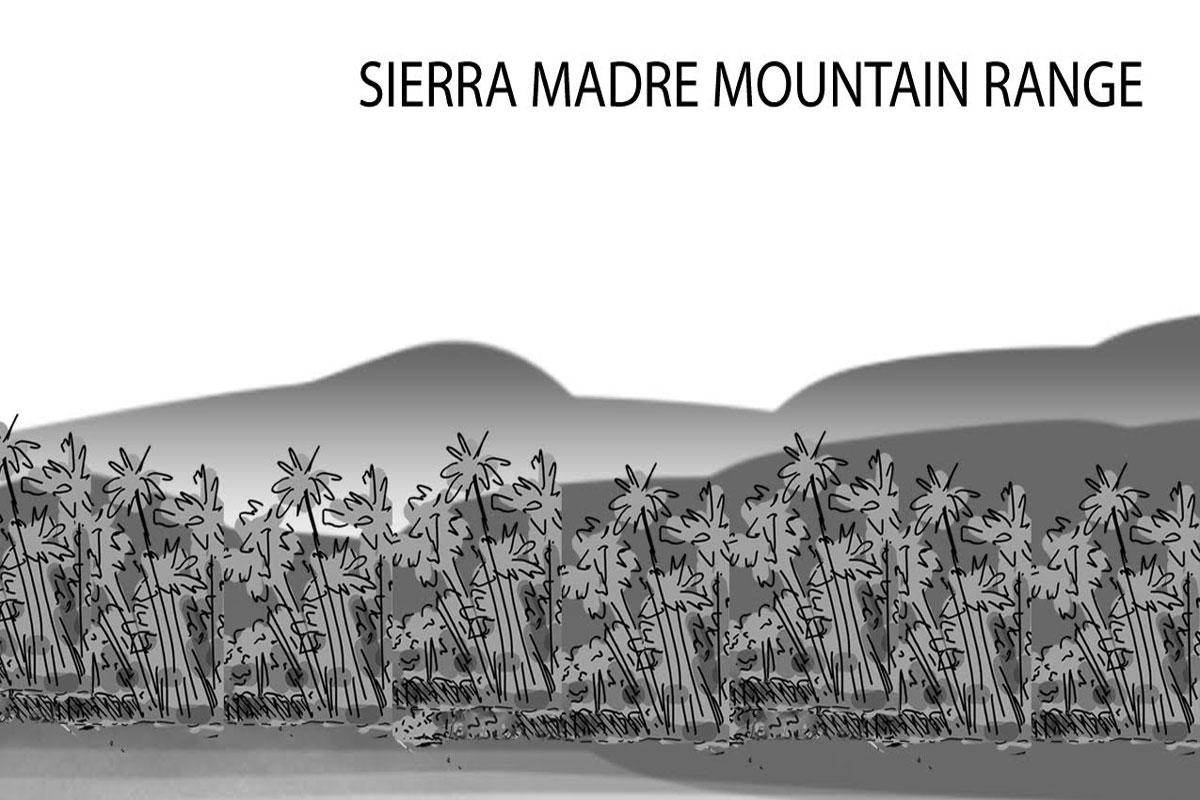