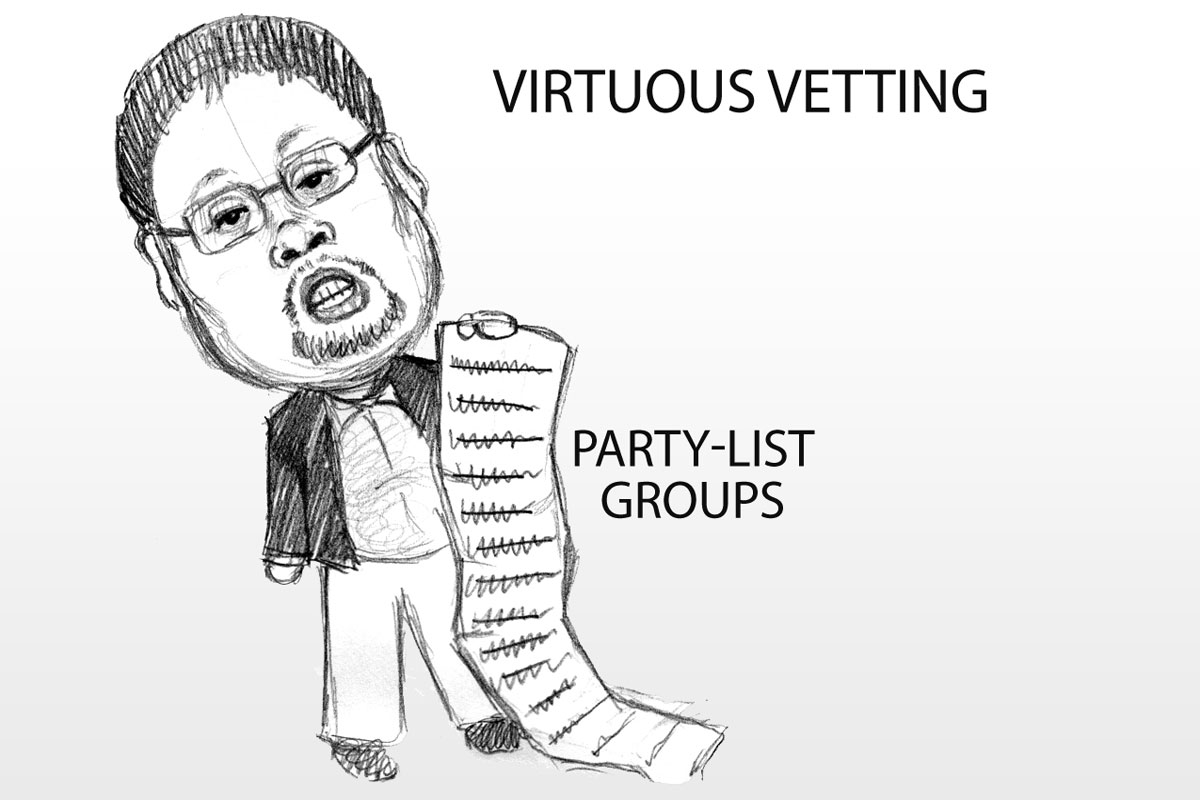 WE appreciate the Commission on Elections running a fine-tooth comb over the long list of party-list groups that have been greenlighted for participation in next year’s general elections.

Indeed, the basic idea of party-list elections is congressional representation for marginalized, under-represented or even unrepresented sectors.

Party-list groups are elected nationally as the President and senators, but their nominees sit as members of the House of Representatives with broadly the same powers and privileges as their regular colleagues in the lower chamber.

We are glad that the Comelec is continuing its winnowing process to weed out unqualified, undeserving or “nuisance” organizations and ensure that only bona fide groups with credible representation make it to Congress.

We only ask that the agency be discerning, exhaustive, and fair in its vetting process for these groups,

For instance, it denied the bid of Malasakit Movement to be accredited as a party-list group due to lack of merit, Comelec spokesperson James Jimenez said.

“The Malasakit Movement’s accreditation was denied because they failed to meet the requirement for a sectoral party-list organization,” Jimenez said.

“They were unable to prove that they represent a marginalized and underrepresented sector,” he added.

In an earlier statement, Malasakit Movement said it would avail itself of legal remedies against their delisting.

It said: “There are legal remedies for us to participate in the 2022 polls, and we leave it to our legal team. Our heart is in the right place, and when you fight for what is right, you will fight on. We will fight on because giving up is not in our book.”

Quite curiously, Jimenez said the poll body approved the accreditation of Mothers for Change as a party-list group.

But get this: Neither Uson nor Gumabao are currently mothers.