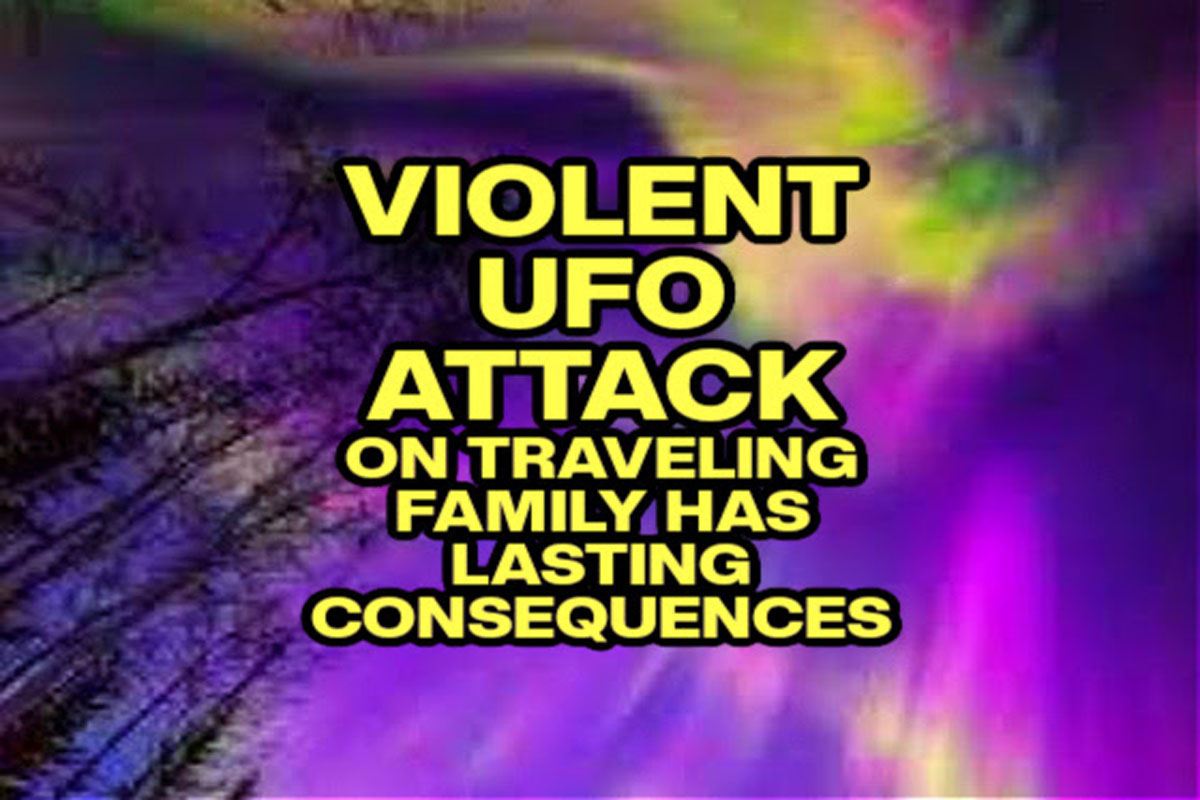 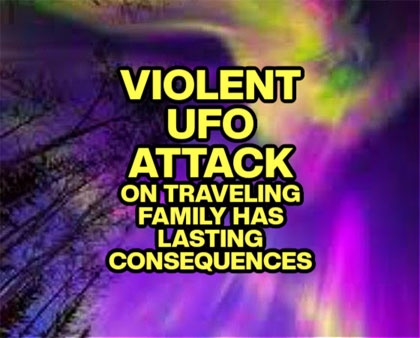 A military family is traveling near Anchorage, Alaska when the van is violently attacked by a UFO hovering above them. After lost time and trauma, physical effects are still being experienced.

Ginger Rhodes and Alton Rhodes both worked as radar operators at Elmendorf Air Force Base in Anchorage, Alaska. Part of their jobs involved identifying planes and they were very good at it. In 1988, they were transferred to a base in Florida. So, one day, they packed up their Dodge Ram van and loaded up their two kids and they set off, determined to drive to Florida from their home in Anchorage.

It was 7:30 PM, they were driving outside Anchorage, 20 miles from Hope Junction when their van started to act up. The kids were asleep in the back. Alton pulled the van off the road just as it stalled. Suddenly, before he could get out and check, a light suddenly appeared over the van. It remained there hovering, rocking the van. It flew off. Ginger was scared and urged Alton to stay inside. He didn’t listen and got out, grabbed his jumper cables but found there was no spark. The van was completely dead, no power. He got back into the van and suddenly the light returned.

This time it seemed to rock the van wildly. It was moving at insane speed, moving from one side of the road to the other, it was in one place and then would appear 100 miles away, in a different spot. Alton noted it was like a laser pointer on a wall moving, it was that fast. Ginger likened the rocking to being under a train trestle.

After 15 minutes, the light went away. The couple and the two kids were now all alone on the darkened roadway. Alton turned the key and the van started right up. They drove to a hotel and checked in. They waned to get off the road. It was while getting their room, they noticed that it was now 11:00 PM. They had no idea where all the time had gone.

Inside their room, Alton became violently ill. He vomited into the tub and eventually passed out, falling face first into the tub. Ginger ended up driving for the next two days while Alton recovered from what they thought might have been the flu.

Upon arriving at the base, the commander feared that Alton was under too much stress and was ill. Alton suspected the strange light was the culprit behind his illness and the missing time but given that he was 6 years away from retirement, he chose not to say anything. Since that time, Alton collapses every 60 to 90 days and despite numerous trips to the doctor, nobody has been able to ascertain what is wrong with him.