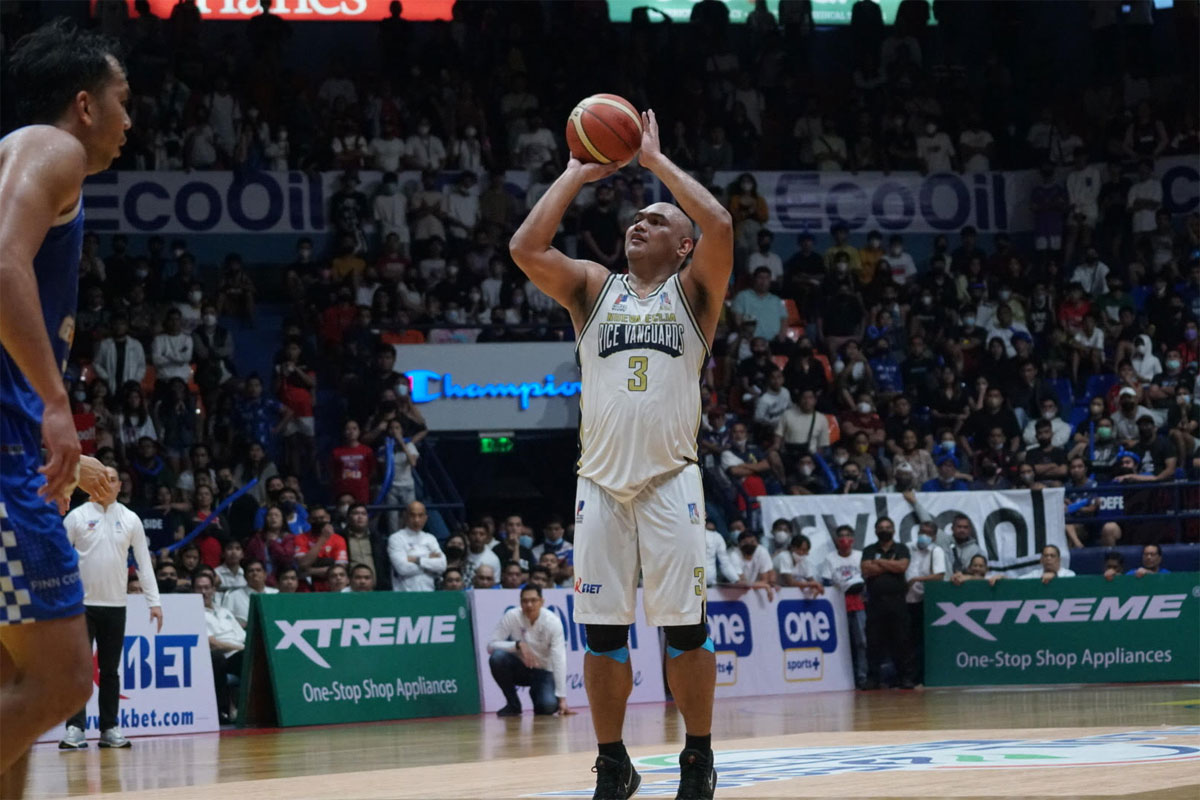 The Nueva Ecija Rice Vanguards subdued the San Juan Knights, 89-83, in overtime on Monday at the FilOil EcoOil Arena to level their title series at 1-1 and force the Game 3 decider at their homecourt.

The Knights stunned the Rice Vanguards, 79-72, in the series opener on November 18 to stop Nueva Ecija’s 25-win run.

Nueva Ecija, however, exacted revenge and will reassume the favorite’s role in the game set at 5:30 p.m.

Novo Ecijanos are again expected to come in droves to support the Rice Vanguards, who swept the round-robin eliminations before ousting the Marikina Shoemasters and the Pampanga Giant Lanterns by similar 2-0 scores in the quarterfinals and the semifinals, respectively.

Nueva Ecija Coach Jerson Cabiltes has the deeper roster to choose from as San Juan Coach Randy Alcantara can depend on 10 players, led by Judel Fuentes, at the most.

John Bryan Villarias, Michael Mabulac, Michael Juico, Will McAloney and Renz Palma are expected to put up better numbers on Monday as it was burly JR Taganas and playmaker Hesed Gabo who powered Nueva Ecija to victory in Game 2.

Taganas tallied 19 points and 15 rebounds to compensate for the subpar performances of Mabulac, who was held to 9 points and 3 rebounds and Will McAloney, 6 points and 2 rebounds, at the slot.