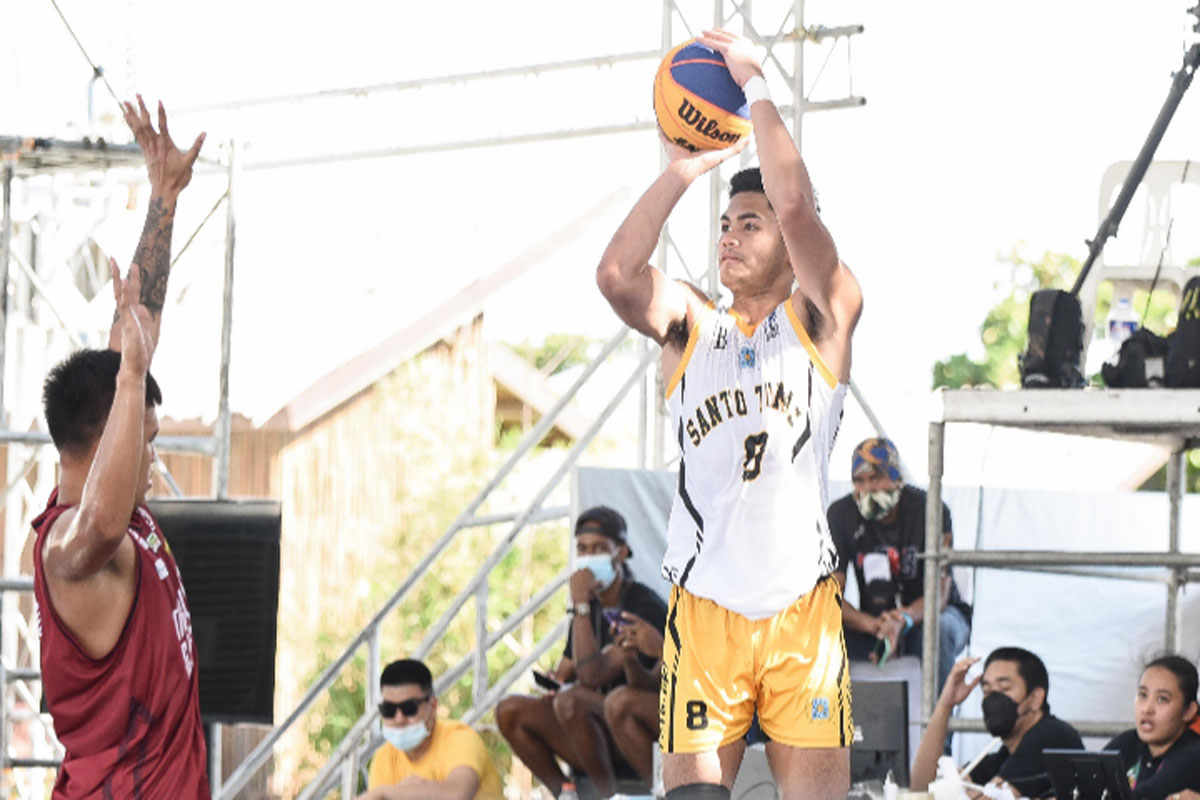 CALATAGAN, Batangas — Sherwin Concepcion drilled in six two-pointers as University of Santo Tomas rallied from nine points down to beat La Salle, 21-20, and annex the men’s crown of the UAAP 3×3 tournament at CaSoBe Resort here.

The Growling Tigers never gave up despite being down by 5-14, with Concepcion, who finished with 12 points and six rebounds, taking over to become the tournament MVP.

Concepcion drained in the title-sealing two-pointer, UST’s only lead in the finale.

In the women’s division, National University completed a perfect 8-0 season with a 21-18 win over UST.

The 3×3 victory was some sort of redemption for the Tigers from their disappointing seventh place campaign in the recently-concluded men’s basketball season.

Camille Clarin had eight points and eight rebounds, while MVP Kristine Cayabyab had six points, including the championship-sealing putback off a Clarin missed two-pointer in the 59.6 seconds for the Lady Bulldogs.

This is both school’s first official title as 3×3 is now included in the league general championship race.

Donn Lim drilled in a key two-pointer in the final 56 seconds as La Salle clinched the first Finals slot in men’s with a 19-17 win over NU.

A lay-up by JM Crisostomo put the Bulldogs to 17-18 before Emman Galman’s free throw off a Crisostomo foul with 27 seconds left was enough for the Green Archers to seal the deal.

Sherwin Concepcion towed UST in eliminating UP, 21-12, to arrange a title duel with La Salle.

Angel Surada’s game-winner in the final four seconds gave NU the first Finals slot with a 21-20 victory over Ateneo.

UST made it to the title match following a 21-11 win over UP, in the other Final Four pairing.

It was a tough loss for the Blue Eagles, who finished fourth in women’s play, as Jhazmin Joson kept her team in the thick of things until in the dying moments.