Bong Go highlights importance of empowering barangays; files measures to promote their welfare and capacitate them towards effective public service delivery
SHOW ALL 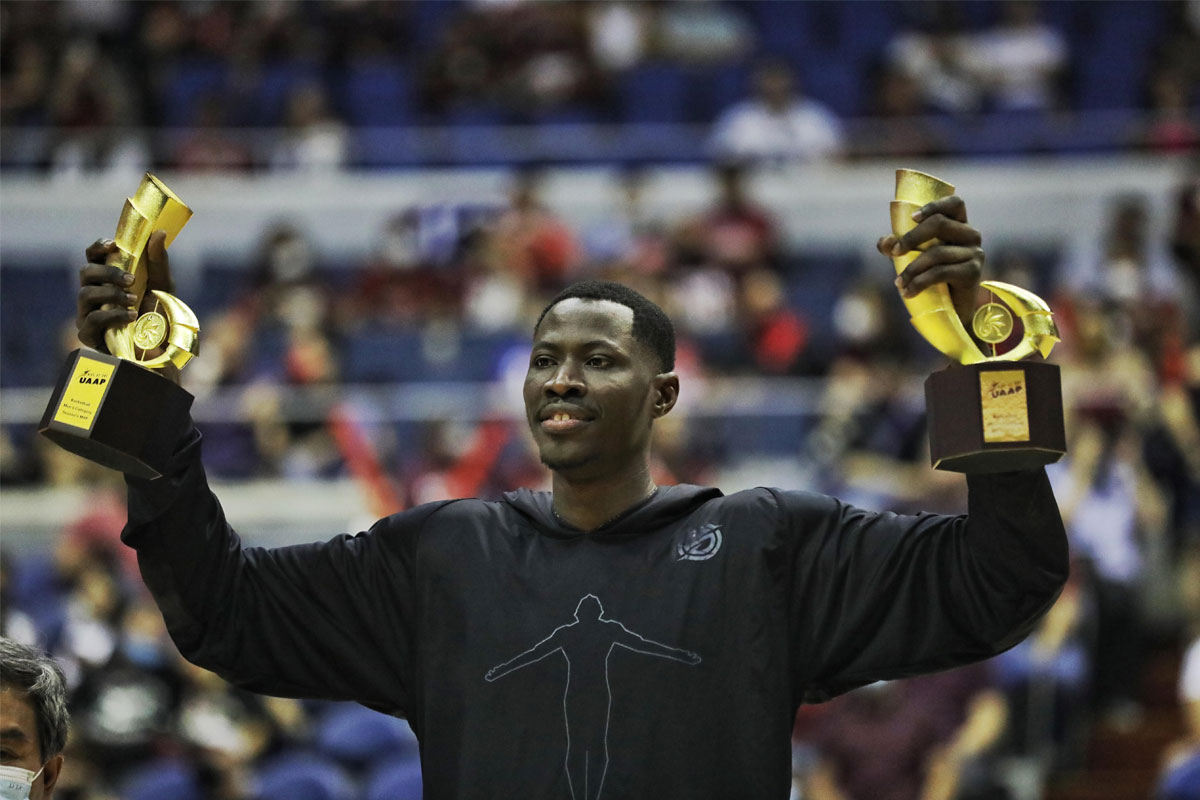 Malick Diouf of University of the Philippines displays his trophies as MVP and Mythical Team member.. Photo by Ernie Sarmiento
Basketball,

SENEGAL’s Malick Diouf of University of the Philippines formally received the UAAP Season 85 men’s basketball Most Valuable Player prior to Game 2 of the championship series at the Smart Araneta Coliseum.

The 6-foot-11 Diouf, the Season 84 Finals MVP, carried the Fighting Maroons to a 11-3 record to finish second in the elimination round.

With 73.857 statistical points, Diouf will become the first Fighting Maroon to capture the season MVP award since Nigerian Bright Akhuetie in 2018.

Completing the Mythical Team are University of the East’s LA Villegas, who finished fourth with 69.9 SPs and UP’s Carl Tamayo, who tallied 63.4 SPs in fifth spot.

Quiambao easily clinched the award, as National University’s Kean Baclaan, who finished second in the statistical race, was disqualified due his ejection in a late second round game.

With some unfinished business after his school missed the Final Four bus, Quiambao later announced after the awards ceremony that he is coming back for the Green Archers in Season 86.

MPBL champs at Sports on Air