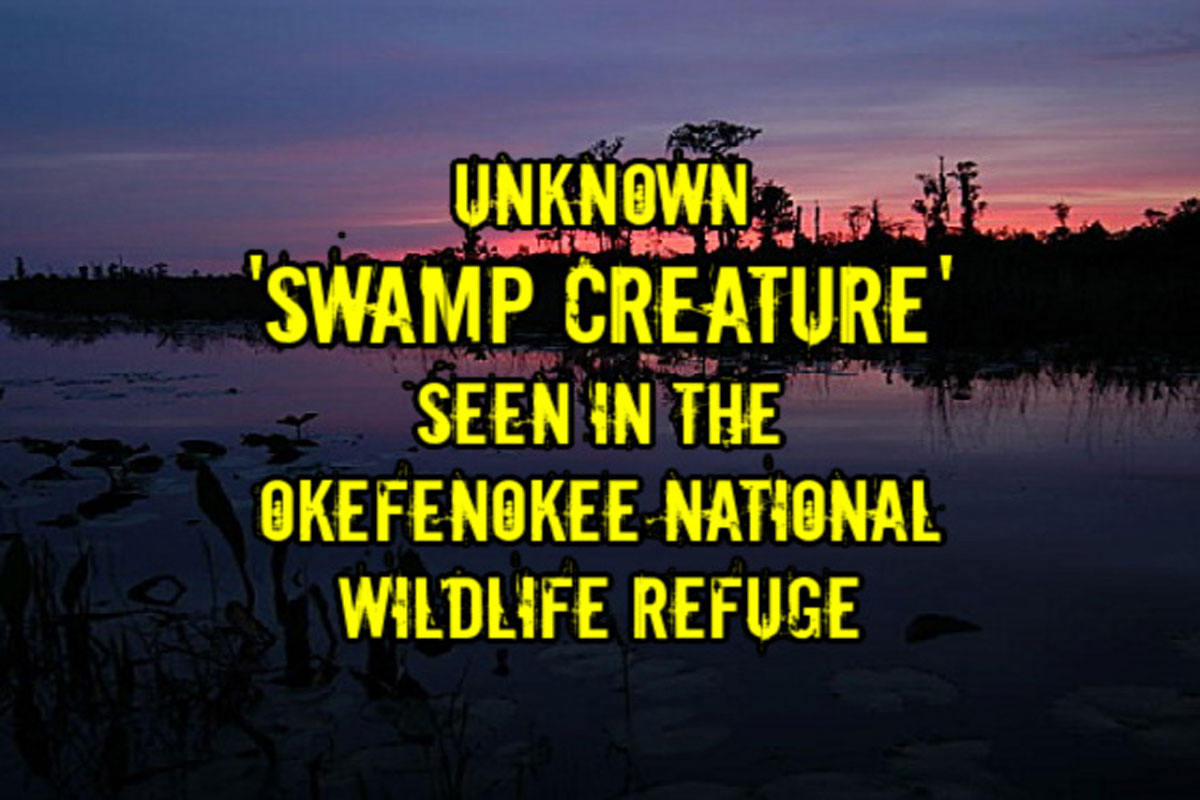 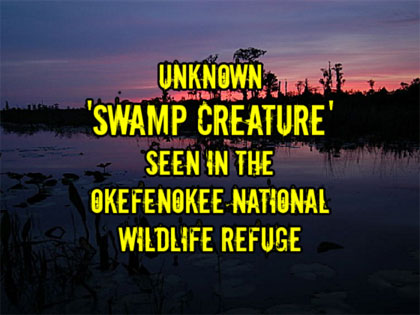 A young Georgia man and his uncle, who was a park ranger, are out on the Okefenokee National Wildlife Refuge at night. The witness recalls seeing an unknown creature.

“I live in southern Georgia near the Okefenokee National Wildlife Refuge. It’s more rural/wilderness here than people realize. The Okefenokee is 402,000 acres, and home to all kinds of wildlife not seen anywhere else in the world.

My uncle is a park ranger and has worked at the Okefenokee for 15+ years. Back in the early 2000s, park rangers at Okefenokee had a “ride-along” policy, whereby they could take friends/family out with them on their shift. Often this was done for local officials, wildlife advocates, etc. But some rangers would randomly take family members, too, just for fun. I’m not sure this was formally approved, but I know my uncle had taken just about every one of our family members at some point in time.

The event I’m about to describe happened in April 2007 while on a ride-along with my uncle. I was 20 years old and had just got back from college for the summer. My family was on extended vacation already, and I had about a week before I would join them. I asked my uncle if he wanted to go fishing one day, but he suggested I come along with him to work instead, just for fun.

At this time, the Bugaboo Fire had just started. We weren’t too close to it, so most park resources were dedicated to the fire by this point. But my uncle and I were not near it. I remember him saying that. I met him at the Bolt Center after dinner sometime, and we got on an airboat. The other ranger who was supposed to come with us was called to fire-related issues. I remember this because that was actually the first time I learned of the fire, listening to him talk about it on the phone, then my uncle filling me in.

So we head out, just the two of us. I don’t know for sure, but because we met at the Bolt Center, I assume we started west down the waterway. I don’t know where we went other than this, as it was getting dark and I just had no idea really even where we were. Didn’t much care.

About 30 minutes in, we found two kayakers night fishing, which wasn’t allowed that night. Before we got up close to them, my uncle said they were regulars here. He was supposed to accompany them back, but he said he was confident they’d be fine going back on their own. We stopped next to them and they started talking. They were breaking the rules, but obviously they were friends with my uncle.

They said they’d seen more gators in the water than ever before. My uncle had mentioned this on our ride, as we had seen several dozen, but he didn’t say much about it. But these guys insisted it was unlike anything they’d ever seen. They said literally thousands, plus lots of other wildlife close to the shore. My uncle blamed the fire, and they agreed. It was spooking the wildlife, and driving them to the waterways.

These guys insisted we follow them up a few hundred yards to a fork in the creek. We did. I kid you not, more than 1,000 gators in a tiny little area. Packed like sardines. It was something to see. It was just about black dark outside, but the airboat had a massive light on the front, and it was just amazing. They were almost layered up in two levels, that’s how crowded the water was. (What amazed me most was how close the kayakers were willing to get to these gators!)

Anyway, we sat there for a few minutes. My uncle was fiddling with a camera to photograph the event. Lots of bellowing and small fights here and there. The gators weren’t huge. They don’t get too big in south Georgia, not like in south Florida. But what an awesome sight.

Then, after maybe 2 minutes of looking, MAYHEM broke out. We hadn’t moved at all in 2 minutes, and the gators didn’t seem to mind us much. But something spooked them and for a solid 30 seconds the water was just insane with gators flopping all over the place, scrambling under the water, in every direction, etc. The kayakers bolted immediately, as gators were hitting their boats. My uncle seemed unaffected, but was photographing everything.

That’s when I saw what was the strangest animal I’ve ever seen in my life. I say “animal” because it wasn’t a person. It’s hard even to explain. It was like part-bear, part-primate. I had only the peripheral light from our airboat to see this thing, so I couldn’t make it out well. I say bear because of the black shine on the coat, but I later wondered if this might have been because the coat was wet. It was thick fur, either way. Primate because of how it moved and turned its round-ish head, though it was walking on all-fours. I could barely see it’s eyes. I only knew they were eyes because of tiny reflections in the dark.

This thing was big. Size of a large bear, but thinner and more wiry. The angle of its limbs were downright creepy and its dexterity moving slowly along the shore line gave me the goose-bumps. It almost moved like a spider, using (like I said) all fours, but not like a horse would. Like a spider, which sounds strange, but that’s the only thing I can describe it as. It was right up on the edge of the creek looking at us. I didn’t think to see if the gators were swimming away from this spot, but it was just mayhem in the water anyways.

I pointed and yelled something unintelligible, but he kept photographing the gators. I didn’t even know what words to say. I think I just said “WTH!?” My uncle wouldn’t have known I was talking about anything other than the gators. So he never even looked up at it. I looked back at him to try to get his attention, but looked right into the boat’s crazy-powerful light when I did that and then couldn’t see anything again when I looked back out at the shore. By the time my eyes adjusted, probably like 60 seconds later, it was gone.

So no photos. No other witnesses to the creature. I started to tell my uncle what I had seen, but I felt like an idiot when he gave me a very suspicious look. I know almost nothing about the outdoors to begin with, so I just shut my mouth. But somewhere there are photos of the gators to at least prove this. I’ve seen those because I saw my uncle showing them to my dad a few weeks later.

Anyway, I was on edge much of the rest of the night. My uncle dropped me back off around midnight. He kept working, but I went home. I literally had goosebumps the whole drive home, feeling like I’d see that thing on my drive.

I’ve done some research into the Skunk Ape. Just so little evidence of this. I don’t know what I saw, but it was something. Hoping someone here has any ideas or even similar experiences.

Last thing. Why so many gators? I actually wonder if this thing was feeding them. I’ve only ever seen this many gators piled up at a gator park during feeding time. I really believe this creature was feeding these gators. Then when it moved a certain way, or somehow our boats got too close, they got spooked. But nothing else explains this except maybe the fire several miles away, though the fire was (to my memory) not a big deal at this time.” CS 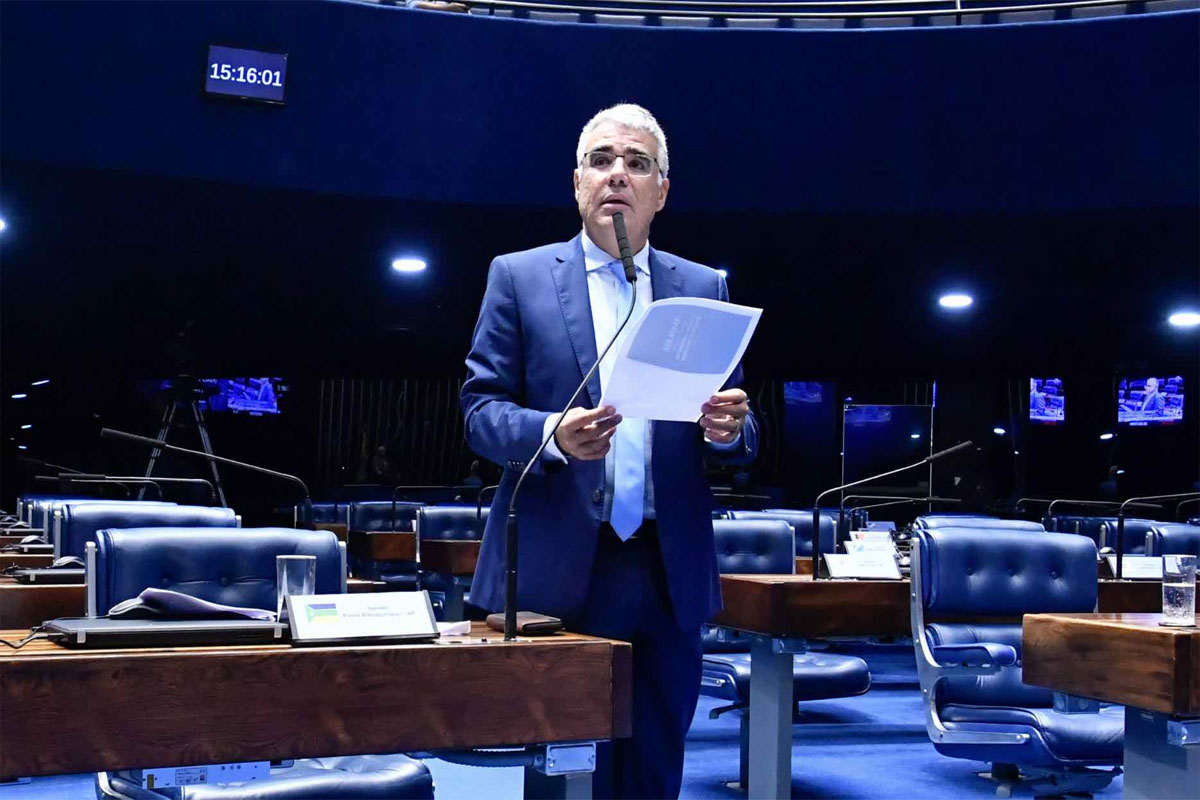 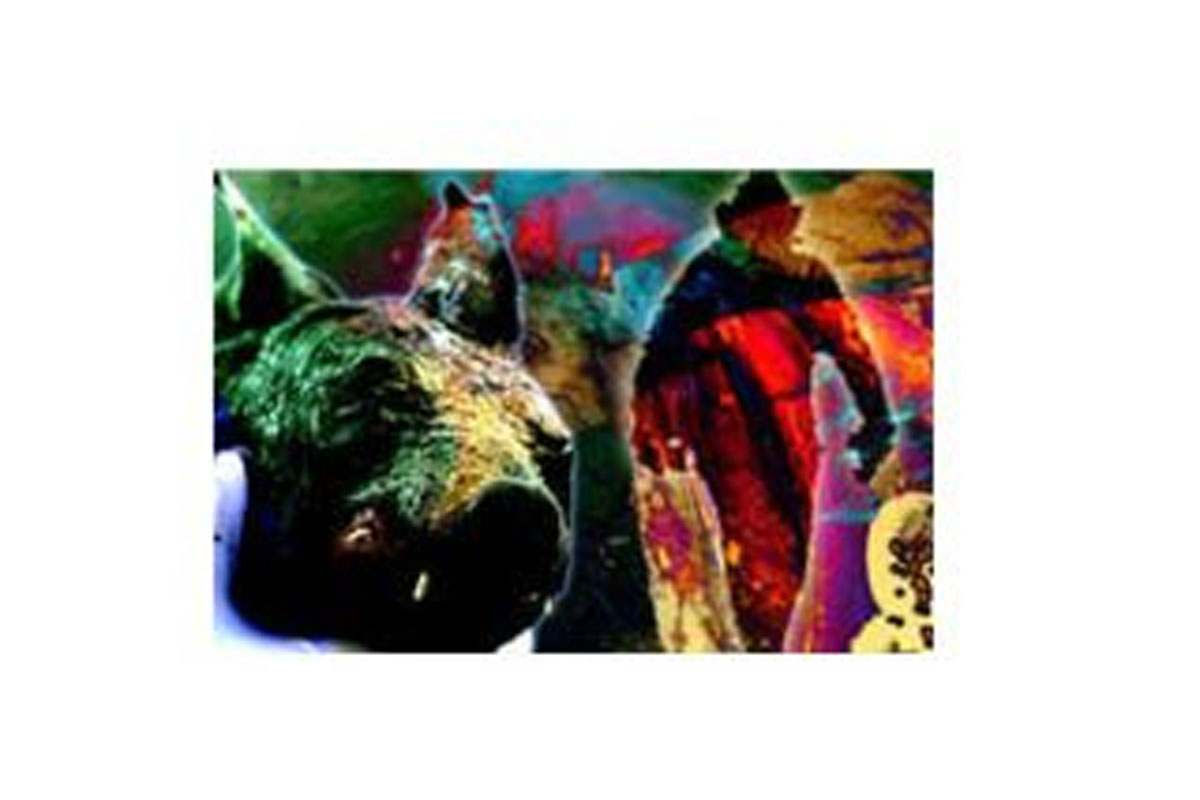 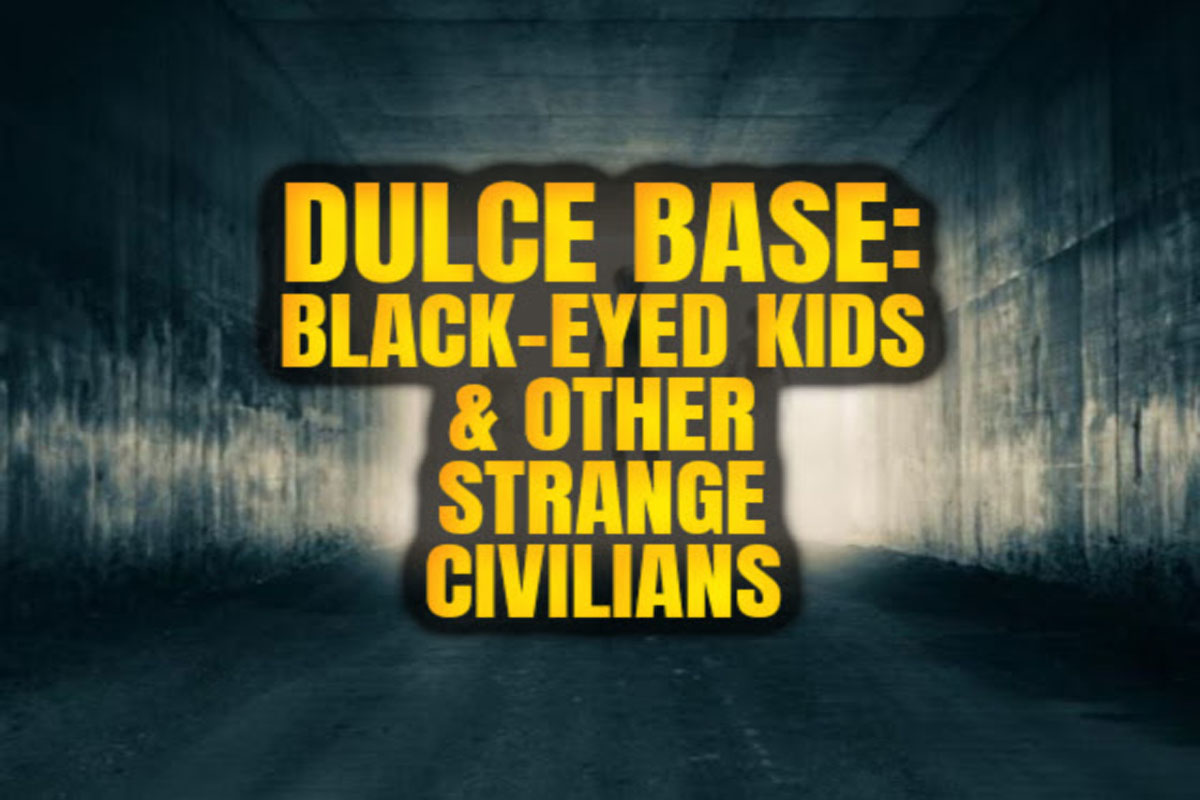 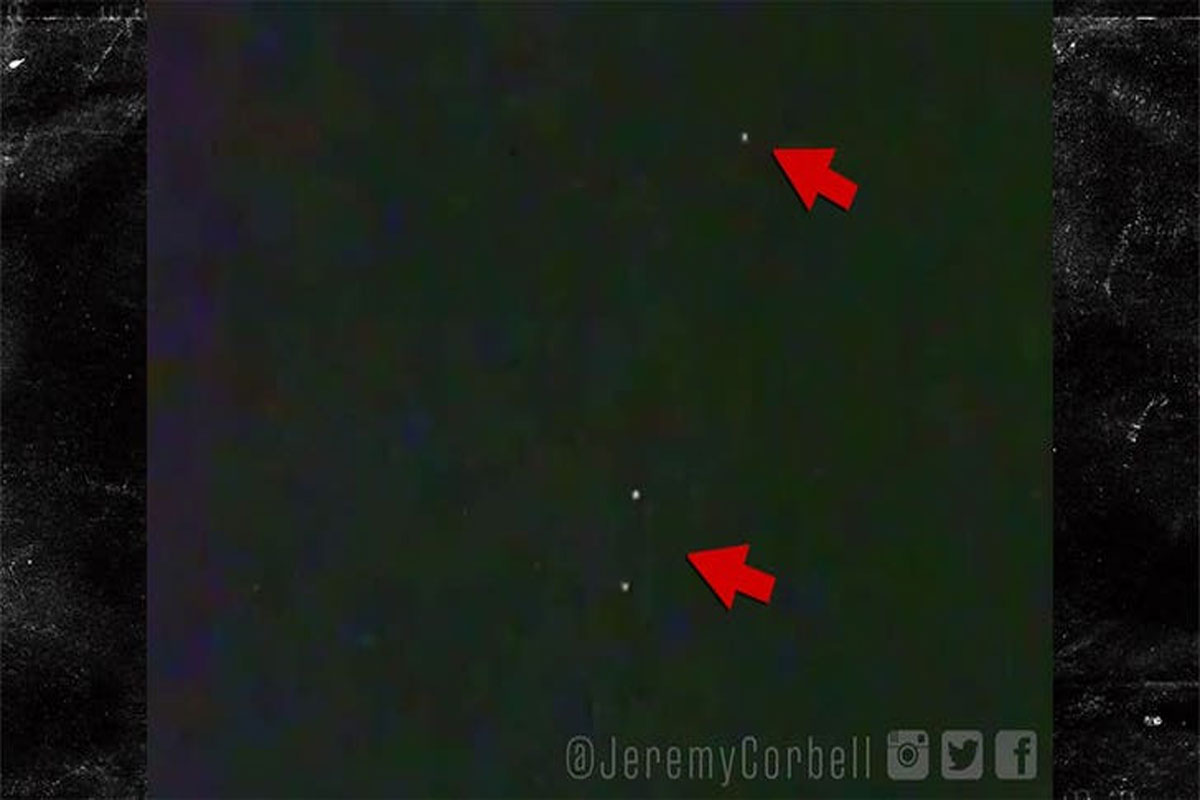