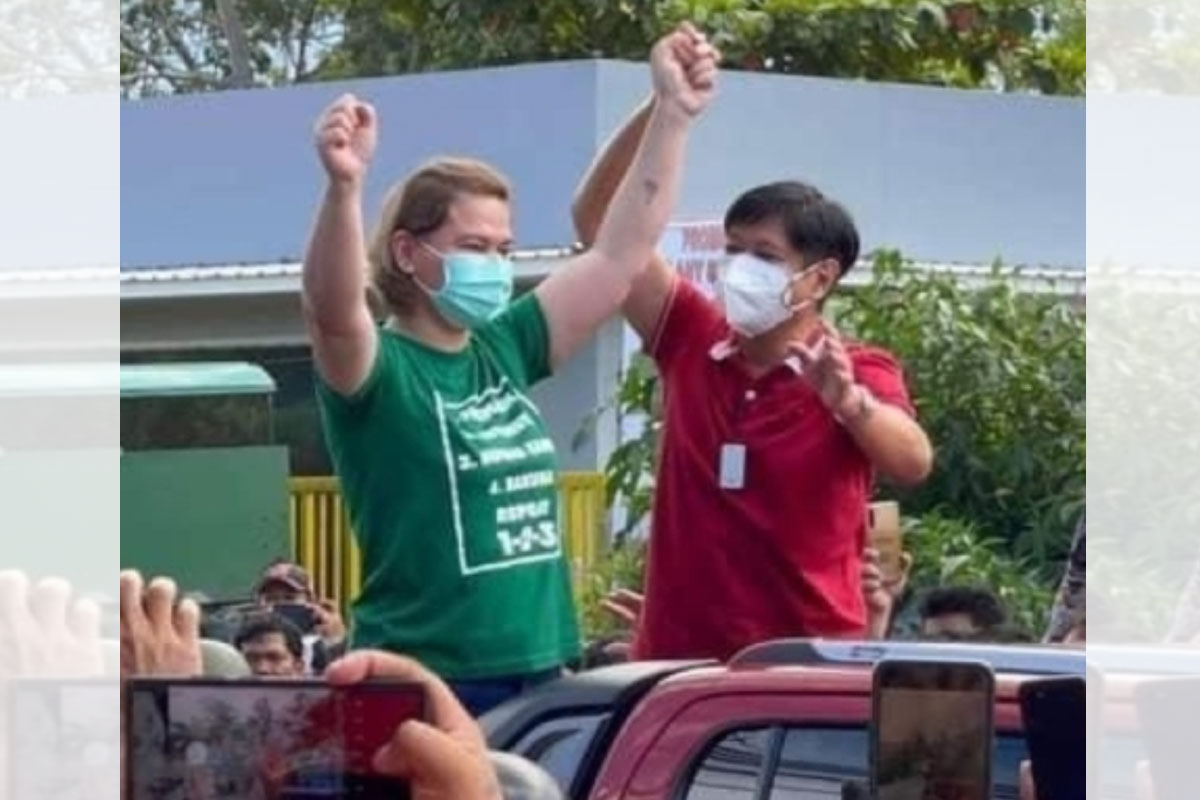 UniTeam keeps lead in all surveys

She had 45 percent in Pulse Asia’s December poll.

In contrast, Sotto has lost two percentage points, his survey rating falling from 31 percent in December to 29 percent last month.

In the much bigger Laylo Research survey which had 15,450 respondents from 80 provinces, 38 highly urbanized cities,1,319 towns, and 3,090 barangays, Marcos Jr. was picked by 64 percent, while Robredo was chosen by only 16 percent, or a margin of 48 percent.

In the vice presidential contest, the Laylo poll showed that 60 percent picked Duterte, with her closest opponent trailing by a mile at 19 percent.

Like Marcos, she led in all regions, and in all age groups and economic classes.

In the Social Weather Stations (SWS) survey, Marcos was preferred by 50 percent of respondents against Robredo’s 19 percent.

Duterte, on the other hand, was ahead of Sotto by 11 points, 44 percent against 33 percent.

The Laylo report was so far the most comprehensive look into voter preferences.

The report showed that Marcos practically dominated in all the regions but it was in the northern part of the country that his strength was amplified.

In Mindanao, the Duterte’s bailiwick, 82 percent chose Marcos in the Davao Region, 71 percent in both Northern Mindanao, Zamboanga Peninsula and other parts of the island.

The Laylo survey also showed that Duterte was the top choice of Filipinos living in both urban and rural areas at 59 percent and 61 percent, respectively.

Duterte has a high trust rating as well, scoring 56 percent against her closest opponent’s 18 percent.