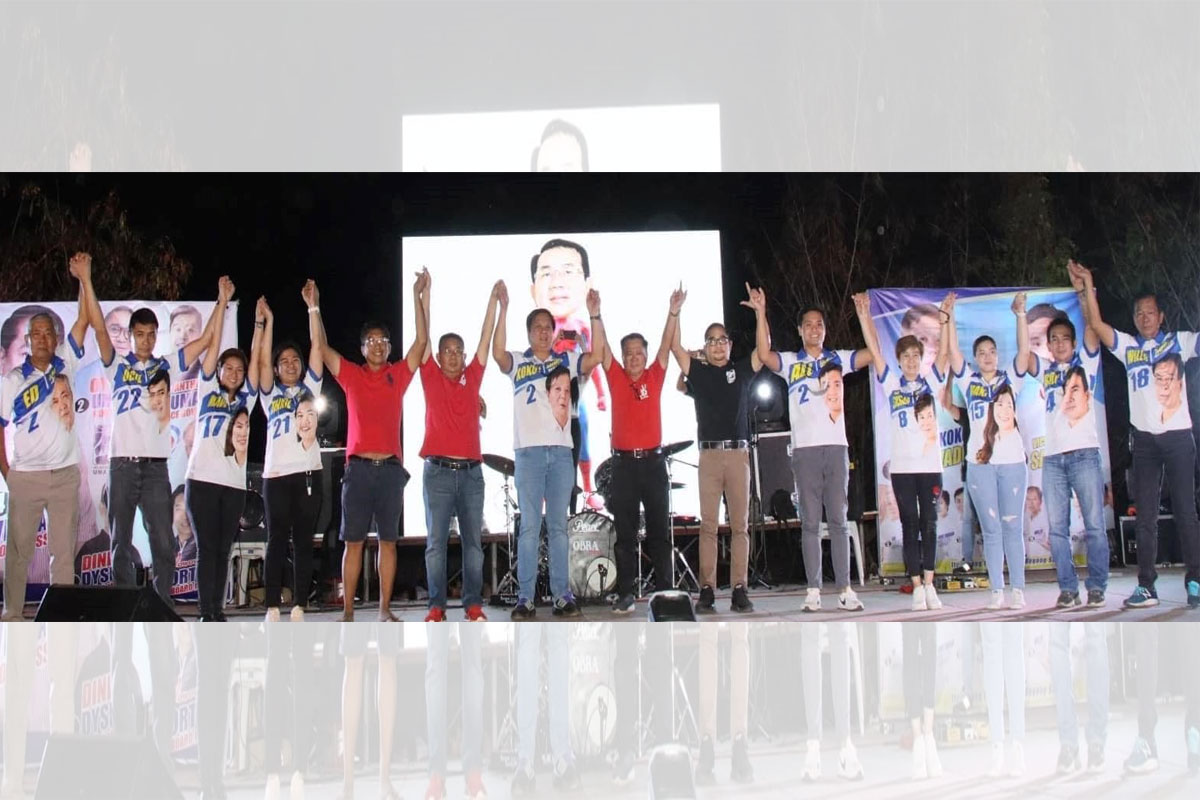 Umali, who is vying for his second term of office this May 9 local polls, was here to formally endorse the campaign bids of Salvador and his entire political slate during a grand proclamation rally held in Bgy. Malasin on Friday night here.

Adding color and entertainment to the event was the special appearance of singer-actress Pilita Corrales, “Asia’s Queen of Songs.”

Addressing the huge crowd of more than 8,000 here, Umali wooed them by enumerating the programs and projects that were implemented to help the people including the local farmers, especially during the pandemic.

The governor also noted that the putting up of his pet project in 2019, the provincial food council – paved the way for the provincial government, the only local government unit (LGU) in the country to procure newly-harvested “palay” from local farmers at a higher market price amid the implementation of the Rice Tariffication Law.

Umali added that this noble undertaking led them in launching the “Alagang Umali” free rice distribution program in the province’s 849 barangays that were felt year-round during the start of the pandemic and until now.