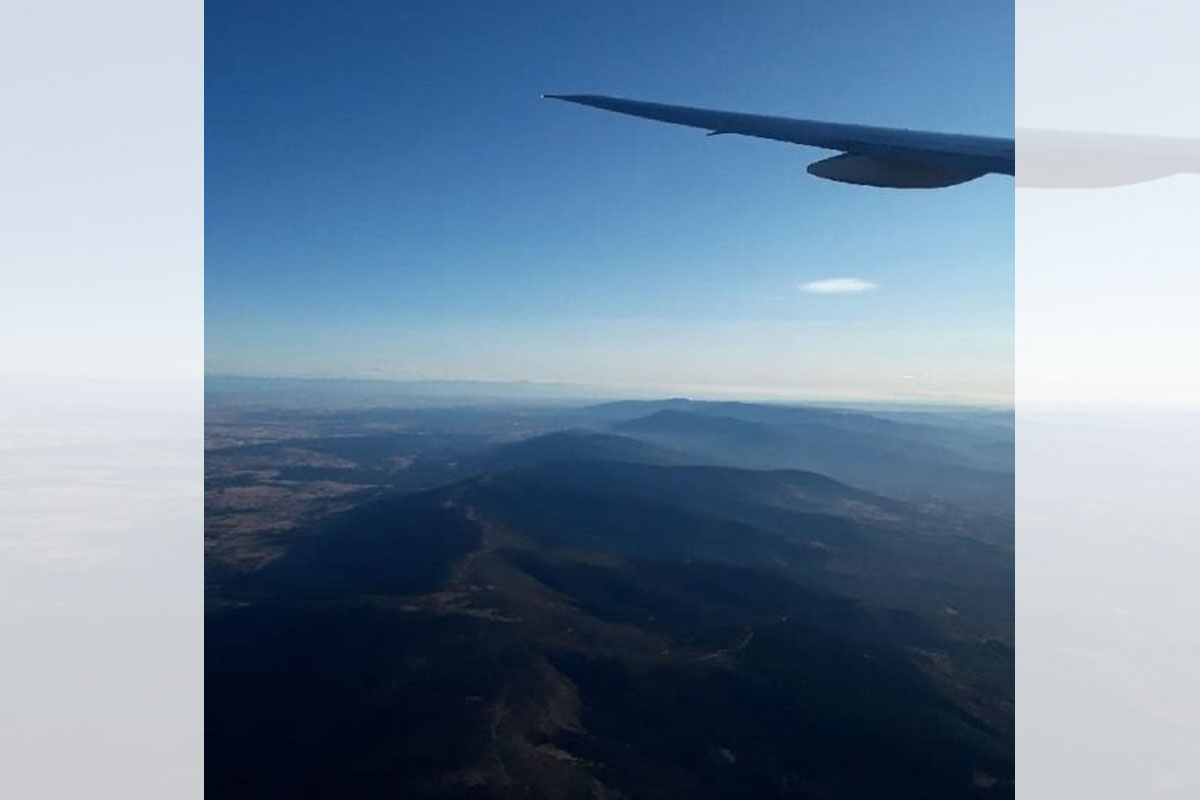 Those who take the view that the UFO phenomenon has no reality to it should take a look at some, hard-to-deny, cases involving military pilots. And, guess what? That’s the theme of today’s article: reports of UFOs by expertise pilots. We’ll begin with a 1973 military helicopter incident. One of the most notable UFO encounters ever recorded occurred shortly after 11:00 p.m. on October 18, 1973. That the prime witnesses were serving members of the U.S. Army Reserve only added to the credibility of the report. Having departed from Port Columbus, Ohio, their UH-1H helicopter was headed for its home base at Cleveland Hopkins Airport. Aboard were Captain Lawrence J. Coyne; Sergeant John Healey, the flight-medic; First Lieutenant Arrigo Jezzi, a chemical engineer; and a computer technician, Sergeant Robert Yanacsek. All seemed normal as the crew climbed into the air and kept the helicopter at a steady 2,500 feet altitude. But approximately ten miles from Mansfield, they noticed a “single red light” to the west that was moving slowly in a southerly direction. Initially they thought the object might be an F-100 aircraft operating out of Mansfield. Nevertheless, Coyne advised Yanacsek to “keep an eye on it.”

These were wise words, as suddenly the unidentified light changed its course and began to head directly for them. Captain Coyne immediately swung into action, putting the helicopter into an emergency descent, dropping 500 feet per minute. Equally alarming was the fact that radio contact with Mansfield Tower could no longer be established, and both UHF and VHF frequencies were utterly dead, too. When it seemed that a fatal collision was all but imminent, the red light came to a halt, hovering menacingly in front of the helicopter and its startled crew. At that close proximity to the object, Captain Coyne and his team were able to determine that this was no mere light in the sky. Coyne, Healey, and Yanacsek agreed that the object before them was a large, gray-colored, cigar-shaped vehicle, which they described as being somewhat “domed,” and with “a suggestion of windows.” 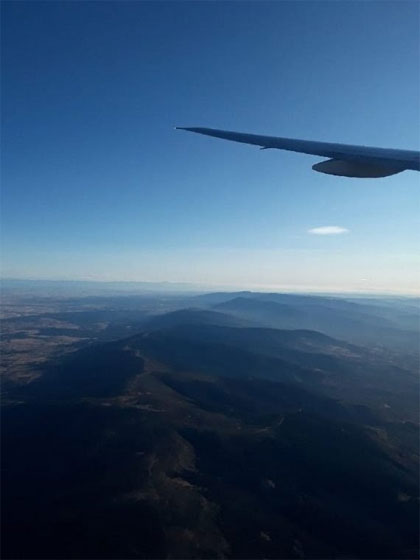 They could now see that the red light was coming from the bow section of the object. Then without warning, a green “pyramid shaped” shaft of light emanated from the object, passed over the nose of the helicopter, swung up through the windshield, and entered the tinted, upper window panels. Suddenly the interior of the helicopter was bathed in an eerie green light. A handful of seconds later the object shot off toward Lake Erie. But the danger was still not over. To the crew’s concern, the altimeter showed an altitude of 3,500 feet and a climbing ascent of 1,000 feet per minute, even though the stick was still geared for descent. The helicopter reached a height of 3,800 feet before Captain Coyne was able to safely and finally regain control of the helicopter. Shortly thereafter, all radio frequencies returned to normal and Coyne proceeded on to Cleveland Hopkins Airport without further problems. Moving on…

One of the more interesting UFO-themed documents – that demonstrates post-Project Blue Book, 1969 interest in the UFO puzzle – focuses on those strange Flying Triangle-type UFOs, specifically over Belgium in the 1989-1990 time-frame. The story originates with the U.S. Department of Defense and is titled “Belgium and the UFO Issue.” Circulated widely among the U.S. Intelligence community, it reveals the following: “Numerous UFO sightings have been made in Belgium since Nov 89. The credibility of some individuals making the reports is good…Investigation by BAF [Belgian Air Force] continues.” In a January 1997 interview, Nick Pope told me of this affair: “I approached the Belgians to get a comparison after their sightings. I phoned the Air Attaché at the British Embassy in Brussels and he spoke to one of the F-16 pilots who had been scrambled to intercept a Flying Triangle over Belgium back in 1990. Well, the Air Attaché reported back to me that the corporate view of the Belgian Defense Staff was that they did believe that they were dealing with a solid, structured craft. Apparently, the word from the Belgians was: ‘Thank God it was friendly.’ If it hadn’t been, it was made clear to me that there was very little that the Belgian Air Force could have done anyway – despite the fact that the F-16 is no slouch.” 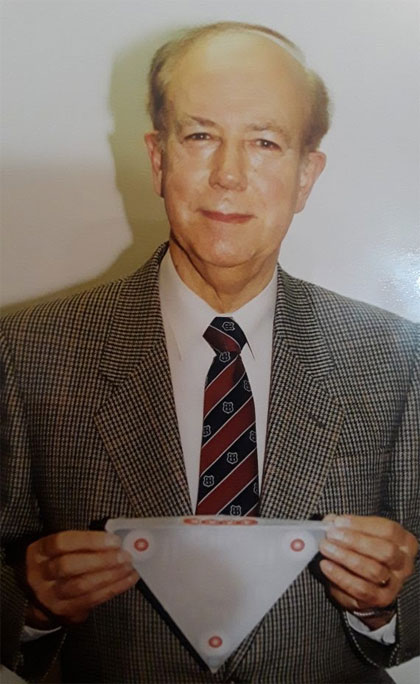 (Nick Redfern) The late U.K. UFO researcher, Omar Fowler, with a model of one of the “Flying Triangles”

Now, let’s have a look at the U.K. and its pilots and UFOs. At around 10:20 a.m., on the morning of April 29, 1957, two British Royal Air Force Hunter aircraft took to the skies from an RAF base called Odiham, located in the English county of Hampshire. The plan was for the aircraft to take part in a mid-air military training exercise. Things didn’t quite turn out as planned, however. When the planes reached a height of roughly 45,000-feet, one of the pilots found himself confronted by what can only be described as an undeniable, unidentified flying object. The official Air Ministry report on the affair states: “…when over Hayling Island Mission 28 No. 2 saw a large white object at 10 o’clock slightly above. The object was circular with a white slightly curving tail hanging below. The time was approx. 1110. Formation leader was informed and both pairs turned east onto a northerly heading to look for the object. At first the object was thought to be a parachute but later it was realized that the object must have been larger and at a greater distance because of the slow passing speed.”

One of the most fascinating of all UFO pilot-based encounters – an incident that almost resulted in a mid-air collision between a UFO and a Meteor jet – occurred over Royal Air Force Gaydon, Warwickshire, England, on the night of October 21, 1957. Less than a week later, the UK media was chasing down the story. Describing RAF Gaydon as “one of the RAF’s top V-bomber stations,” the Sunday Express newspaper stated that the Air Ministry (today, the Ministry of Defense) had taken rapid steps to get to the heart of the mystery. Reportedly, the UFO was seen visually by the pilot and tracked by ground-radar personnel – and only a few minutes apart. Questions, unsurprisingly, were quickly being asked: could the UFO actually have been a Soviet spy-plane? It was certainly a scenario that the Air Ministry felt important enough to address. Although – as will become apparent – the description given by the pilot did not sound like that of the average Russian aircraft. Plus, six days after the event occurred, Air Ministry staff were still scratching their heads. The reports can still be found in the U.K.’s National Archive. 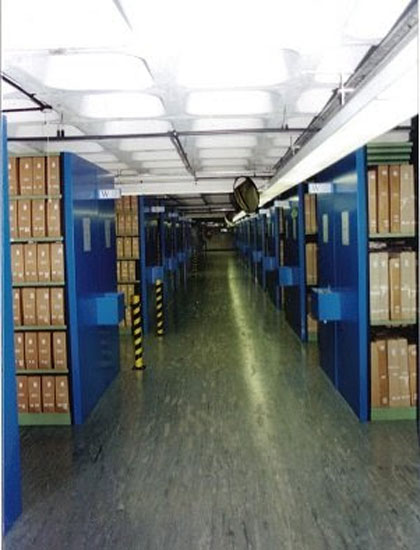 (Nick Redfern) The National Archives, where the U.K. Ministry of Defense’s pilot-based UFO reports are held.