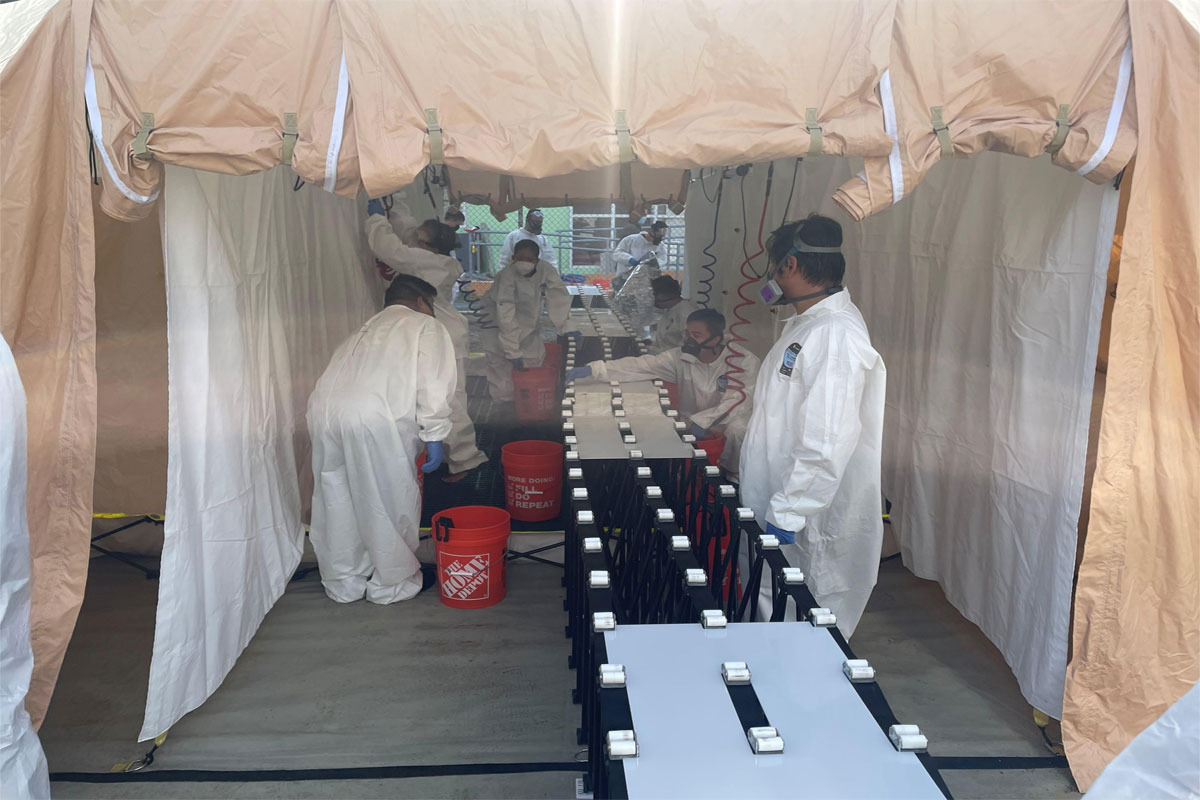 BFP personnel practice setting up the ‘Mass Casualty Decontamination System’, which is designed to decontaminate large numbers of patients effectively and simultaneously in a short period of time.
Provincial,

THE United States government, through the Defense Threat Reduction Agency (DTRA), partnered with the Bureau of Fire Protection (BFP) and the Southern Philippines Medical Center (SPMC) to train Filipino emergency personnel on how to respond to chemical, biological, radioactive, and nuclear (CBRN) incidents.

More than 25 BFP officers and SPMC medical personnel participated in training courses held in Davao City from August 15 to 26, focusing on emergency response to mass casualty events involving CBRN components, addressing risks that first responders face, and using specialized equipment to determine the type of chemical or material present during a CBRN incident.

“DTRA continues to collaborate with the Philippines to further strengthen our longstanding partnership and produce trained personnel that are capable of conducting emergency CBRN response operations,” said DTRA On-Site Inspection and Building Capacity Director David Musgrave. “These training activities not only improve the readiness and capabilities of local first responders but also enhance interoperability with the United States and other international partners in CBRN and countering weapons of mass destruction operations that directly contribute to greater regional security.”

Filipino emergency personnel also benefited from a medical management course and practical demonstrations on using the “Mass Casualty Decontamination” kit to strengthen their capacity to respond to a CBRN incident in the southern Philippines.

The Mass Casualty Decontamination kit donated by DTRA to BFP and SPMC is valued at P20.8 million (US$370,000).

“On behalf of SPMC, I would like to take this chance to express my heartfelt gratitude for this donation from the U.S. government,” SPMC Director Dr. Ricardo B. Audan said.

“As the largest hospital in the Philippines, we hold an important position in the healthcare industry. This equipment and training would address the mitigation and preparedness against risks of CBRN hazards, either on an intentional, accidental, or natural origin,” Dr. Audan added.

DTRA has been a longtime partner of the BFP—the Philippines’ premier CBRN response agency—in exchanging best practices on threat response. It remains committed to supporting the BFP’s modernization program and its goal of becoming the Southeast Asian leader in CBRN incident prevention.

Future DTRA capacity-building activities in the Philippines will include additional virtual and in-person training for CBRN awareness and response and opportunities for BFP officers to travel to the United States for DTRA-sponsored multinational training activities.