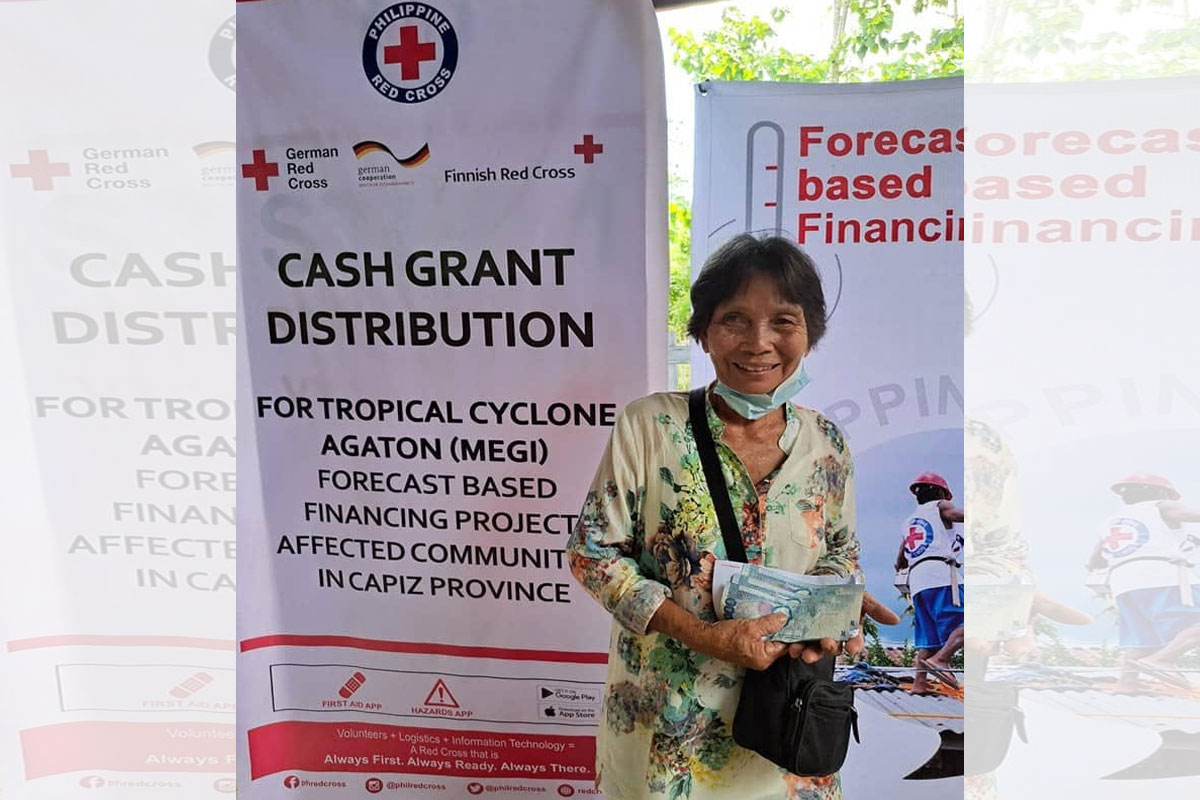 A recipient smiles as she receives the cash aid from PRC.
Provincial,

In April, the tropical storm caused flooding and landslides in four cities and 77 municipalities across the country.

The PRC intends the cash grant of P5,000 per family, or P1,665,000, to be multipurpose, which means it should help meet the beneficiaries’ needs.

The cash grant is part of the Forecast-Based Financing Project, a partnership between the Philippine Red Cross, the German Red Cross, and the Finnish Red Cross.

PRC Board of Governors member Francis Joseph J. Jalandoni, together with 72 volunteers and staff from various PRC services and teams, took charge of the relief operations.

PRC Chairman and CEO Senator Richard “Dick” J. Gordon reassured those who were made vulnerable by TS Agaton that the Red Cross will continue to assist until they are able to recover.

It gave food items to 1,333 families and psychosocial first aid to 757 adults and 371 children.