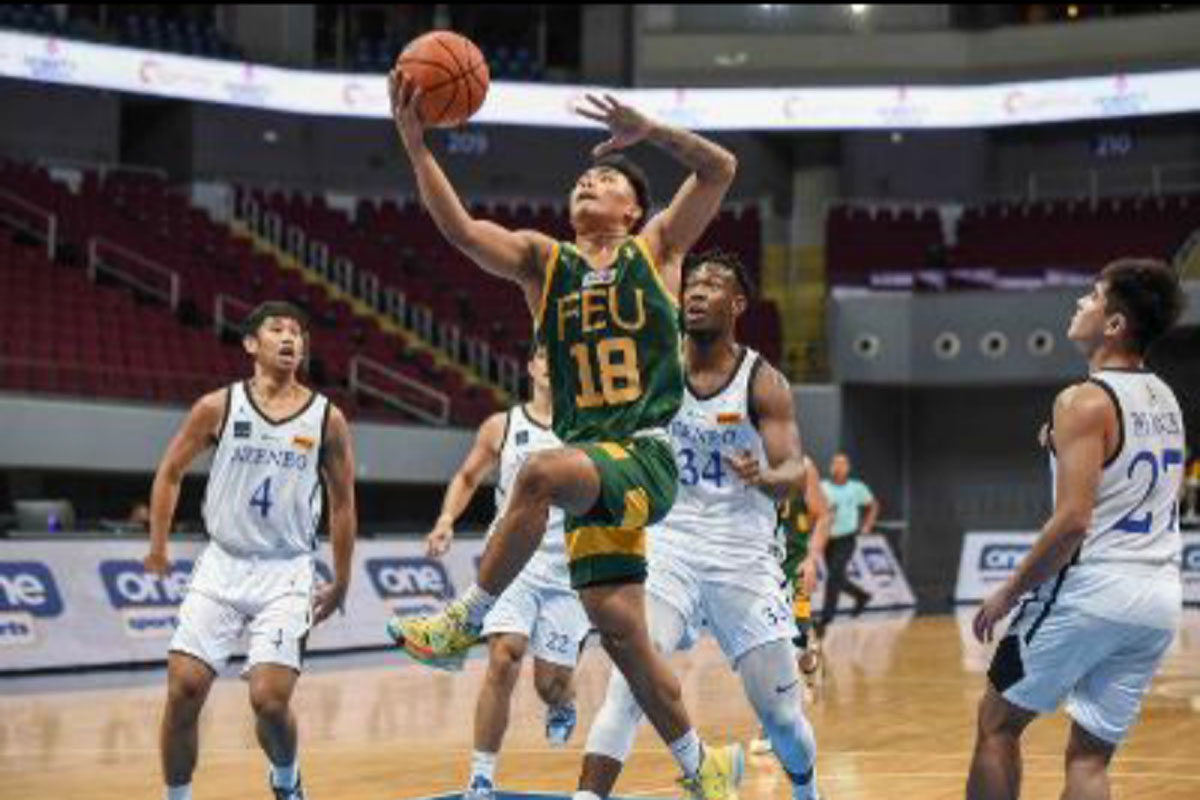 ATENEO used its patented third quarter run and fended off a late Far Eastern University uprising to score a 79-70 win in the UAAP men’s basketball tournament yesterday at the Mall of Asia Arena.

Tyler Tio scored all 17 of his points in that difference-making third quarter as the Blue Eagles moved to 2-0 in the young season and extended their winning streak to 28 games.

The defending three-time champions were coasting to a 63-42 advantage when the Tamaraws made a last stand and got to within six, 72-66, after an Emman Ojuola basket.

Ateneo showed its poise in the endgame with SJ Belangel draining a clutxh floater and Dave Ildefonso’s free throws in the final minute to put the game away.

FEU fell to 1-1 in a tie with Adamson, which entered the win column after a 82-66 rout of University of the East.

“Really tough game, but you always get that from Olsen (Racela) and his team. They’re just a tough organization and they don’t give anything away easily and that’s the case again today,” said Eagles coach Tab Baldwin.

Rjay Abarrientos picked up from where he left off in the opener, leading the Tamaraws with 16 points, five rebounds and three assists.

Nigerian Ojoula held on his own against naturalized center Ange Kouame with double-double outing of 15 points and 17 rebounds to go with two blocks.

Jerom Lastimosa scattered 11 out of his 14 points in the first quarter as the Falcons raced to a 32-12 lead and never looked back to give coach Nash Racela his first win in his new home.

“The good thing about it is that slowly the things we emphasized on, medyo na-co-correct at gumaganda,” said Racela after Adamson rebounded from a narrow two-point loss to National University.

“Again, it’s a process. As long as we take the right steps towards the right direction, we’ll be good,” he added.