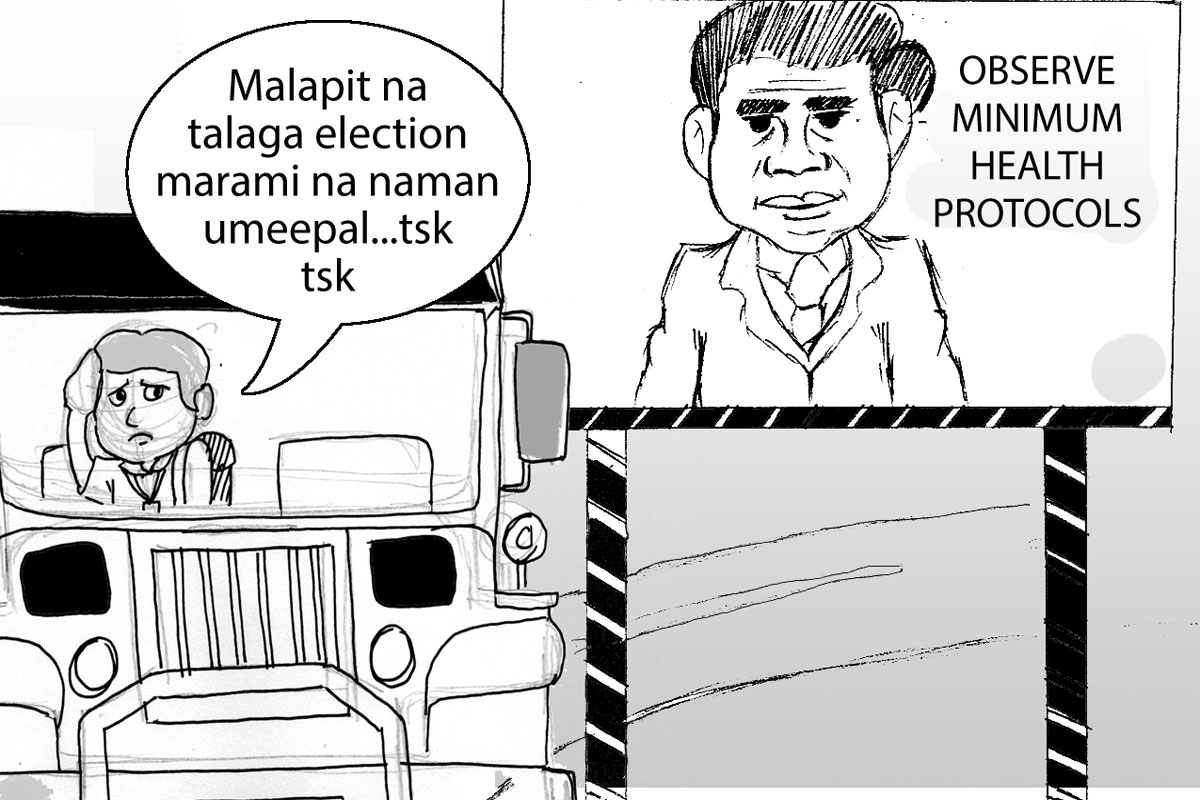 SOME quarters are annoyed by the proliferation of tarpaulins bearing the pictures and names of politicians running for public office in the upcoming elections across the country.

But others are amused since these posters remind and call on the Filipino people to observe government-decreed health and safety protocols to prevent the spread of COVID-19.

In fact, these politicians, mostly local candidates, are actually helping the government in its nationwide informination dissemination campaign on how to fight the dreaded disease.

And many people, including elementary pupils and high school students, are seen reading the posters which are wired to fences along national roads, side streets and even alleys.

The housewife thanked the candidates for their “timely reminders” to the public at a time when people need to wear masks, observe social distancing and wash hands regularly.

Another housewife said these candidates are certainly engaged in premature campaigning since the official campaign period for those seeking local posts starts on March 25.

Premature campaigning is any act of promoting one’s candidacy prior to the beginning of the official campaign period for the forthcoming political exercises..

In the Philippines, which is teeming with election-crazy people, many politicians manage to skirt around the law and advertise themselves long before the election period.