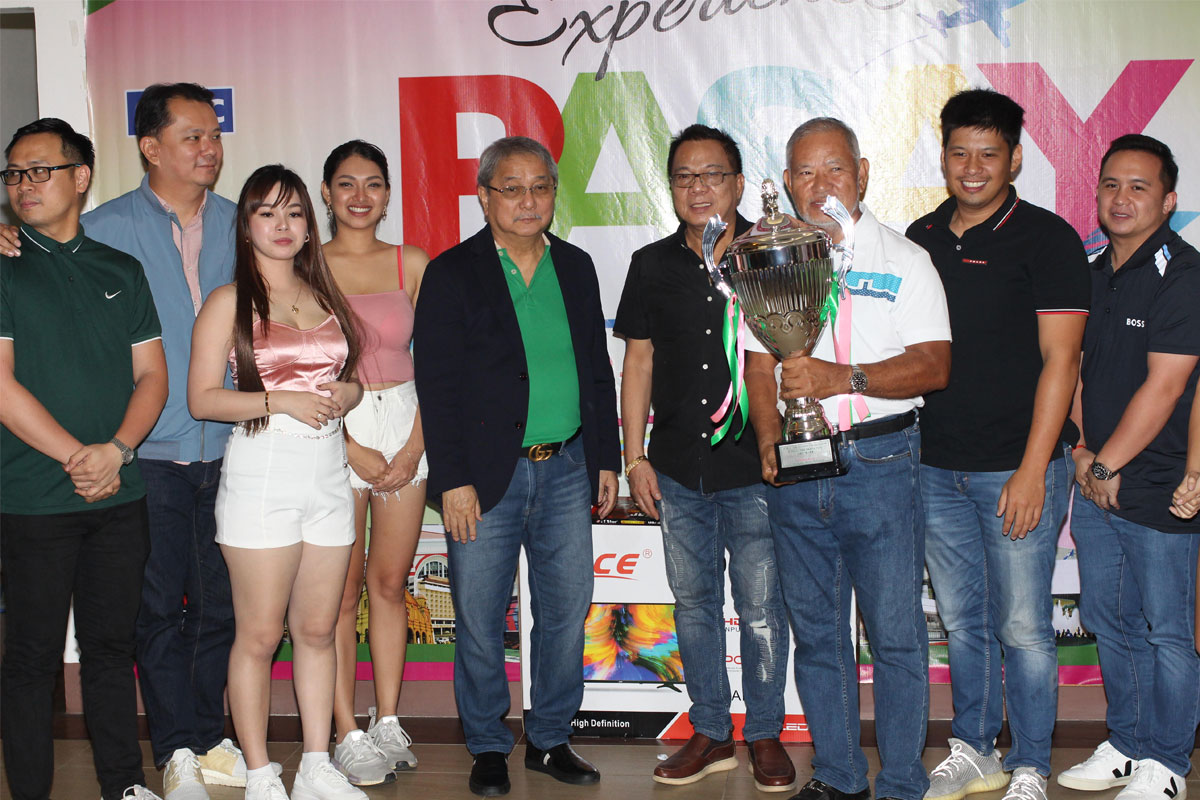 Jun Sevilla receives the elegant Pasay ‘The Travel City’ Grand Cup from Pasay Rep. Tony Calixto after his horse Time For Glory won the centerpiece event of the annual racingfest in honor of the founding anniversary of Pasay City.
Other Sports,

The other finishers in the centerpiece event of the annual racing festival that coincided with founding anniversary of Pasay City were Magnificent Lady, Kercharmer, King Tiger, Blackburn, Gomper Girl, and Boom Raider, in that order.

The event also posted two significant records as racing fans were treated to a spectacular whole-day of well-balanced and heart-pounding races.

A whopping sales of P25.75 million was posted for the day, the biggest Sunday gross so far this year. Also, not a single bettor won in the three popular winner-take-all schemes for the day, a first in the history of horse racing in the country.

In the 9th Pasay City Rep. Tony Calixto Cup, Basheirrou, piloted by Kelvin Abobo, fashioned out a wire-to-wire victory to bag the top prize of P300,000.

Palibhasa Lalake placed second and claimed the P112,500 purse while Speed Fantasy was third for P62,500, and Sudden Impact was fourth for P25,000.

Swakto Power Duo was second for P90,000 while Player Andri and Gintong Hari checked in third and fourth for P50,000 and P20,000, respectively.

It was Righteous Ruby who won in the 2022 Philracom Japan Cup which was worth a whopping P600,000. Wonderland placed second for P225,000 while Dragon Butterfly finished third for P125,000.

All winning owners each received a very elegant silver trophy, considered the best in the industry which many early winners had kept as significant memorabilia.

The two 40-inch TV sets that were raffled off for the winning Trainers and Jockeys were won by trainer Atong Yamco and jockey Kelvin Abobo.

All the winning grooms for the day were given a sack of 25-kilo rice plus a bonus of P2,000 each, courtesy of Pasay Rep. Tony Calixto and Pasay Mayor Emi Calixto-Rubiano.