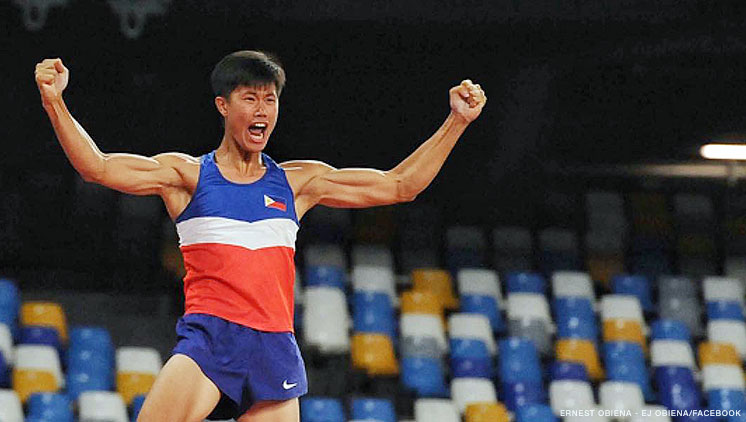 CONTINUING his strong buldup for the Tokyo Olympics, Filipino pole vaulter EJ Obiena won a silver medal at the FBK Games Sunday at the Blankers-Koen Stadion in Hengelo, the Netherlands.

After clearing 5.80-meters to finish second behind world record holder Armand Duplantis of Sweden, the 25-year old Obiena, through his Facebook account, credited his improved jump for the silver finish.

Obiena also tried to better his personal best as he attempted to clear 5.86 meters, but was unable to complete it.

Duplantis set a new meet record by clearing 6.10 meters. A thorn on Obiena’s Olympic dreams, Duplantis tried to clear 6.19 meters, which would have set a new outdoor world record, but was unsuccessful.

It was another good result for Obiena, who is coming off a gold medal-winning effort at the Göteborg Grand Prix in Sweden where he recorded 5.70 meters to open his outdoor season on a high note.

The Netherlands’ Menno Vloon also cleared 5.80 meters but settled for the bronze after failing to clear 5.92 meters in all of his three attempts.