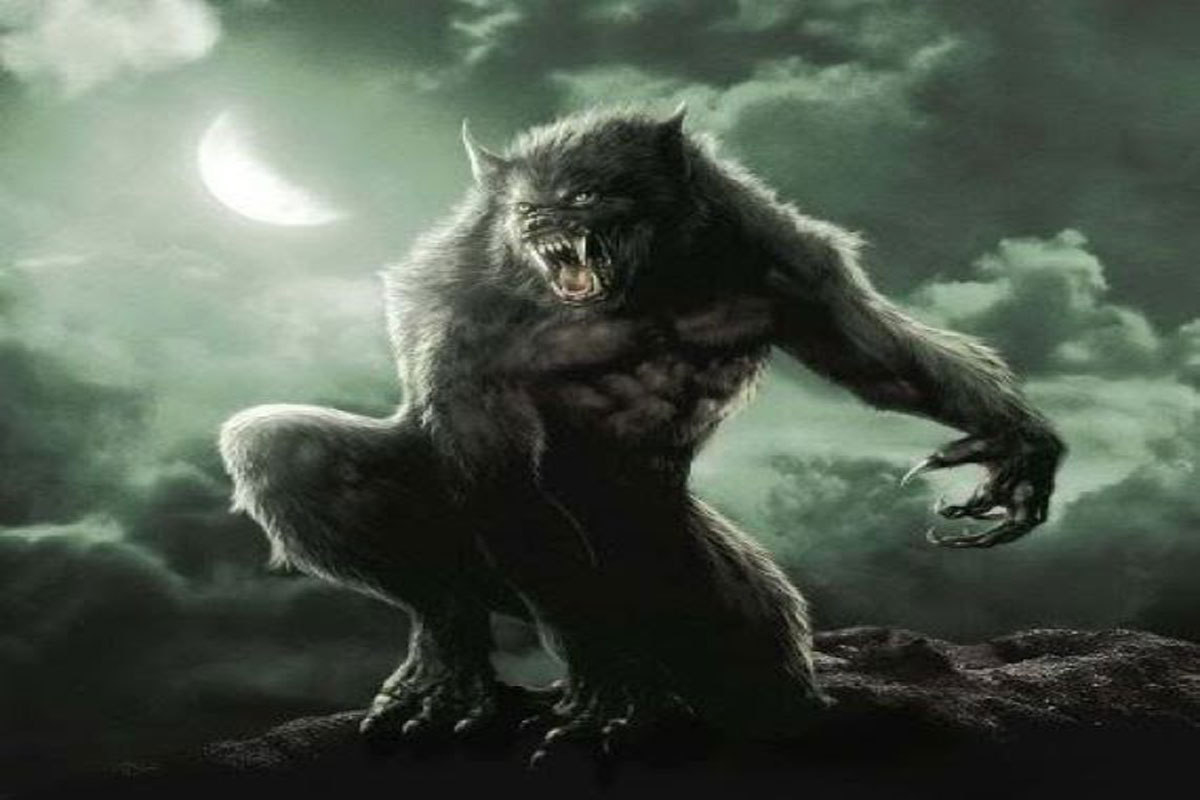 The Warrior Werewolf Tribe of Ireland

Some deep legends seem to appear across cultures. Across geographical boundaries one legend that has managed to pop up in various mythologies is that of the shapeshifters, and specifically werewolves. A common feature of horror films and literature, such beasts are present in the lore of various far-flung lands, and in many tales are spoken of as being quite real. One realm where werewolves were very popular is in Ireland, and here going back through the centuries we have tales of a mysterious tribe of wolf-men that inspired fear and respect wherever they went.

Although wolves went extinct long ago in Ireland, there was a time when they were rather numerous here, and these fierce animals inspired many stories and legends over the centuries. Like in many other cultures, the Irish too had their legends of werewolves, and among the most famous of these was that of a kingdom that was called Ossory, and where there dwelled a tribe of warriors said to have the ability to transform into hulking wolves. The werewolves of Ossory even in human form were said to have a wild appearance, with fierce eyes, disheveled long hair, and a taut muscularity that implied animalistic strength, with these warriors often draped in wolf skins. They were said to make their transformation and run amok across the countryside, attacking livestock and settlements, but it was also said that alliances could be formed with them, with the werewolves being prized warriors who many tried to recruit to their causes. These werewolves have been mentioned in Irish lore since all the way back to the 11 the century, with one Latin poem about them written in the tome De mirabilibus Hibernie, or “On the Marvels of Ireland,” which reads:

There are some men of the Irish race,

Who have this wondrous nature from ancestry and birth:

Whensoever they will, they can speedily turn themselves

Into the form of wolves, and rend flesh with wicked teeth:

Often they are seen slaying sheep that moan in pain.

But when men raise the hue and cry,

Or scare them with staves and swords, they take flight like true wolves.

But whilst they act thus, they leave their true i.e. their own bodies

If any man harm them or any wound pierce their flesh,

The wounds can be seen plainly in their own bodies:

Thus their companions can see the raw flesh in their jaws

Of their true body: and we all wonder at the sight. 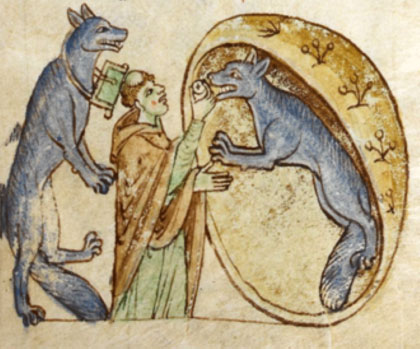 The most well-known story related to the werewolves of Ossory is that of the legendary werewolf warrior called Laignech Fáelad, who was said to be the brother of Feradach mac Duach, the king of Ossory, and the ancestor of the subsequent kings who ruled the land until being invaded by the Normans in the 12th century. Laignech Fáelad was said to be one of the fiercest warriors and most powerful werewolves in all of Ireland, and it was he who was said to have carried on the lineage of the Werewolves, siring many children who were also cursed with his affliction of transforming into an animal. Indeed, many tales tell of him being the original Werewolf, from which all others were created. The medieval Irish work Cóir Anmann, or “Fitness of Names,” says of Laigneck:

He was a man that used to go wolfing, i.e. into wolf-shapes, i.e. into shapes of wolves he used to go, and his offspring used to go after him and they used to kill the herds after the fashion of wolves, so that it is for that that he used to be called Laignech Fáelad, for he was the first of them who went into a wolf-shape.

Another legend of the werewolves of Ossory is connected to St. Patrick, who was trying to stamp out paganism in the land through introducing Christianity and who thought of them as being cursed by God due to wickedness and sin. An account from De Ingantaib Érenn (On the Wonders of Ireland) would say of St. Patrick and the werewolves:

It is told that when the holy Patricius (St Patrick) preached Christianity in that country, there was one clan which opposed him more stubbornly than any other people in the land; and these people strove to do insult in many ways both to God and to the holy man. And when he was preaching the faith to them as to others and came to confer with them where they held their assemblies, they adopted the plan of howling at him like wolves. St Patrick responded by praying for God to punish the clan, resulting in them suffering a fitting and severe though very marvelous punishment, for it is told that all the members of that clan are changed into wolves for a period and roam through the woods feeding upon the same food as wolves; but they are worse than wolves, for in all their wiles they have the wit of men, though they are as eager to devour men as to destroy other creatures. The werewolves were not permanently transformed, as they either took the form of a wolf every seventh winter or were transformed into a wolf for a seven-year period, following which they never transformed again. 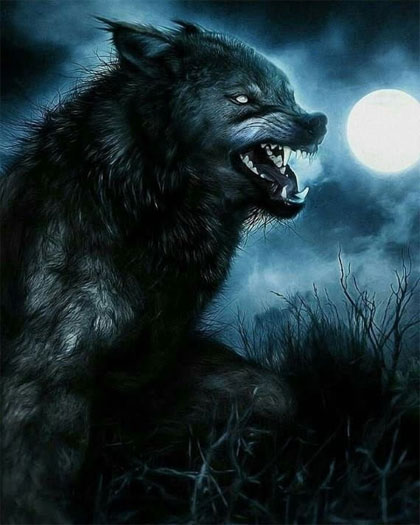 Another well known account of the Werewolves of Ossory was written of by the historian Gerald of Wales. Who was also appointed as Archdeacon of Brecknock in 1175, and wrote of the werewolves in his 12th century work Topographia Hibernica, or “Topography of Ireland.” The tale is about a priest who is traveling through Ossory in the dark woods on his way from Ulster to Meath, along with a young squire. At some point they are sitting around a campfire when they hear a voice from the gloom beyond the trees, which tells them not to be afraid. The priest peers into the darkness but cannot see from where the voice comes, so he asks the stranger to step into the firelight. The stranger refuses, explaining that his bestial appearance would frighten them, as he is in the form of a wolf due to a curse placed upon him. This stranger then tells the priest that his wife has the same curse, and that she is ill and needs the priest’s services. The wolf says:

I am a member of Clan Allta, a tribe of this region, and like yourself, Father, we are believers in Jesus Christ and in the power of His salvation. We are natives of Ossory, who through the curse of one Natalis, saint and abbot, are compelled every seven years to put off the human form and depart from the dwellings of men. Quitting entirely the human form, we assume that of wolves. At the end of the seven years, if they chance to survive, two others being substituted in their places, they return to their country and their former shape. I am one who lives under a terrible curse. Once I was like you but am now forced to wear this terrible form for a period of seven years. Yet in my heart I am still a devout Christian in need of succour and blessing. And there are yet more of us out in yonder forest who are afflicted with the same curse. Although we wear this ghastly form, we are as human and in need of salvation as any other people. ‘The sin which my clan committed has long been forgotten, but the curse is still in force. It is a terrible burden, Father, and one which will never be lifted, for Natalis is long dead.

And now, she who is my partner in this visitation lies dangerously sick not inspired by divine charity, to give her the consolations of your priestly office. If you were to see me, you would be greatly afraid. And, in truth, it is not absolution for myself which brings me so close to your fire but rather it is to seek absolution for she who cannot come. My wife and I were chosen to take the wolf-shape over six years ago. We were old and it was assumed that the clan could do without us, and so we were driven out from among our people under the curse. Our time in wolf-shape had almost passed when some hunters, passing through these woodlands, aimed an arrow which struck my wife, grievously wounding her. Father, I fear that she is not long for this world and I would implore you to give her the final absolution before she dies. 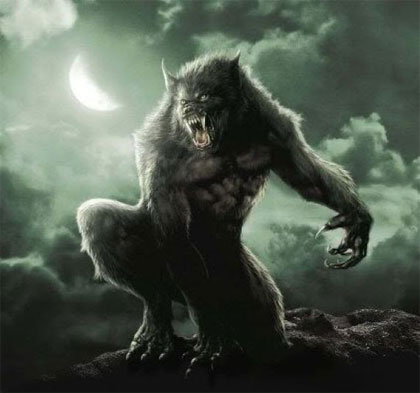 The priest then tells the stranger that he is not afraid, as he is protected by God, and implores him to come forth to show himself. After this, there is movement in the trees, and the hulking shape of a massive dark wolf nearly the size of a horse ambles partially into the flickering glow of the firelight, its fierce eyes pinpoints of glowing red light. The priest can barely contain his terror at such a sight, and has to console the horrified boy by his side, holding up his crucifix towards the looming wolf. The wolf is unfazed by the crucifix, taking another step towards them, and once again tells them that he means them no harm. The priest then becomes convinced that the wolf is indeed telling the truth, and is not a product of the Devil’s work. The priest composes himself and agrees to go to the wolf’s forest dwelling to administer last rites to his fallen companion, where the she-wolf reveals her human form beneath her wolf visage to prove that they are indeed shapeshifters. After his work is done, the wolf leads them out of the woods and proceeds to give them various prophesies about the future of Ireland and its English invaders, before stalking off back into the murky forest to vanish. Gerald of Wales would add his own reflection on the tale and the shapeshifters, writing:

We agree, then, with Augustine, that neither demons nor wicked men can either create or really change their natures ; but those whom God has created can, to outward appearance, by his permission, become transformed, so that they appear to be what they are not; the senses of men being deceived and laid asleep by a strange allusion, so that things are not seen as they really exist, but are strangely drawn by the power of some phantom or magical incantation to rest their eyes on unreal and fictitious forms.

This story is intriguing in that it does not paint these creatures as evil or as instruments of the Devil, but rather as victims with souls and redeemable, God-fearing beings that could still retain their humanity in the face of their condition, a rarity in a time when such creatures were the stuff of nightmares, evil and darkness. The werewolves of Ossory would hold a prominent place in Irish lore for centuries, and are still spoken of much today, but it is unclear just from where such stories sprang or what truth any of it ever had. Most theories today point to these being just misrepresentations and romanticized accounts of the warriors of the era, who would appear looking barbaric and draped in wolf skins, while others declare that this was just an evolution of the common connection made between warriors and wolves. Whatever the case may be, these creatures were much spoken of in their time, and hold a strong place in the folklore and tales of old Ireland, creatures prowling out past the periphery of our understanding and inhabiting a realm somewhere between reality, fantasy, and legend.