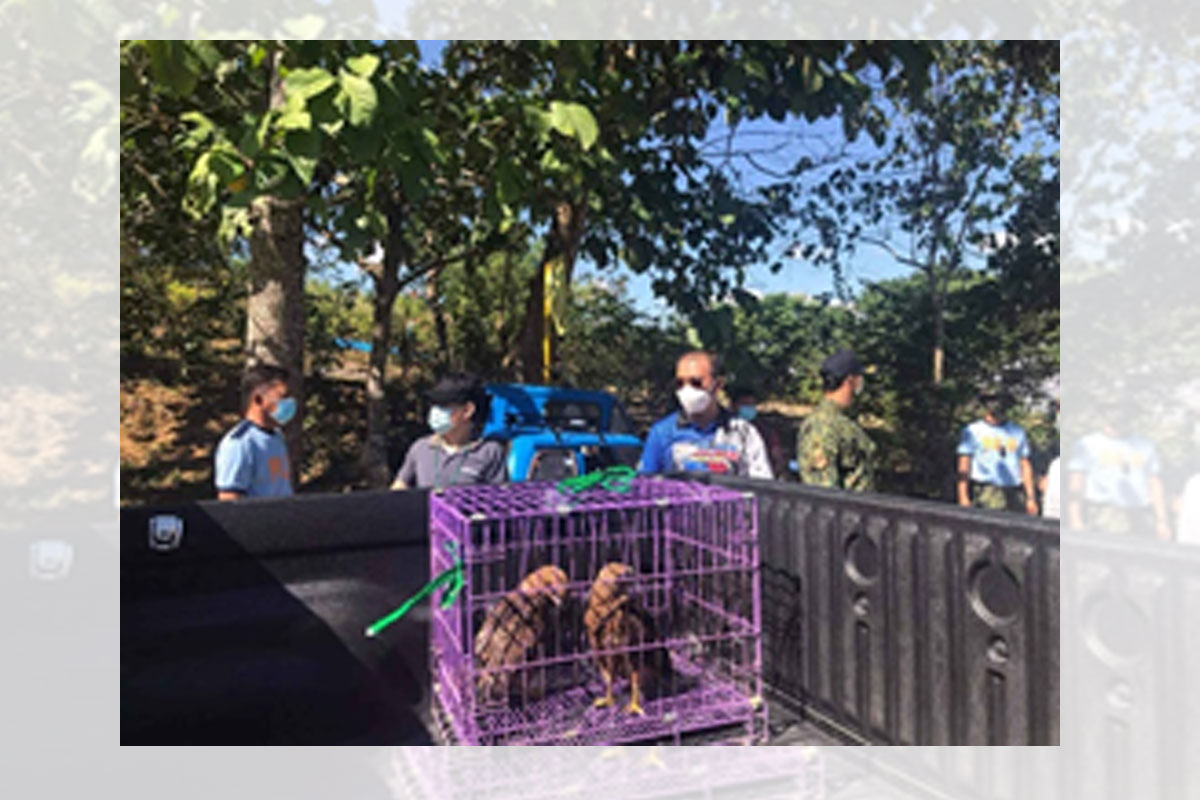 The two rescued Philippine eagles are now at the custody of DENR-Ilagan City.

After their rescue, the eagles were nursed and fed by the police for a few days, with the help of Pablo Cabaccan of Kaligkasan Advocacy Group, before these were turned over to Ilagan City CENRO, pointed out Nieves.

The Philippine Eagle is an endangered species and the government has banned its capture.

2 held for fake cigarettes at COVID-19 checkpoint
September 24, 2021 Steve A. Gosuico
SHOW ALL