Journal News / Sports / Other Sports / The tough gets going in PCAP 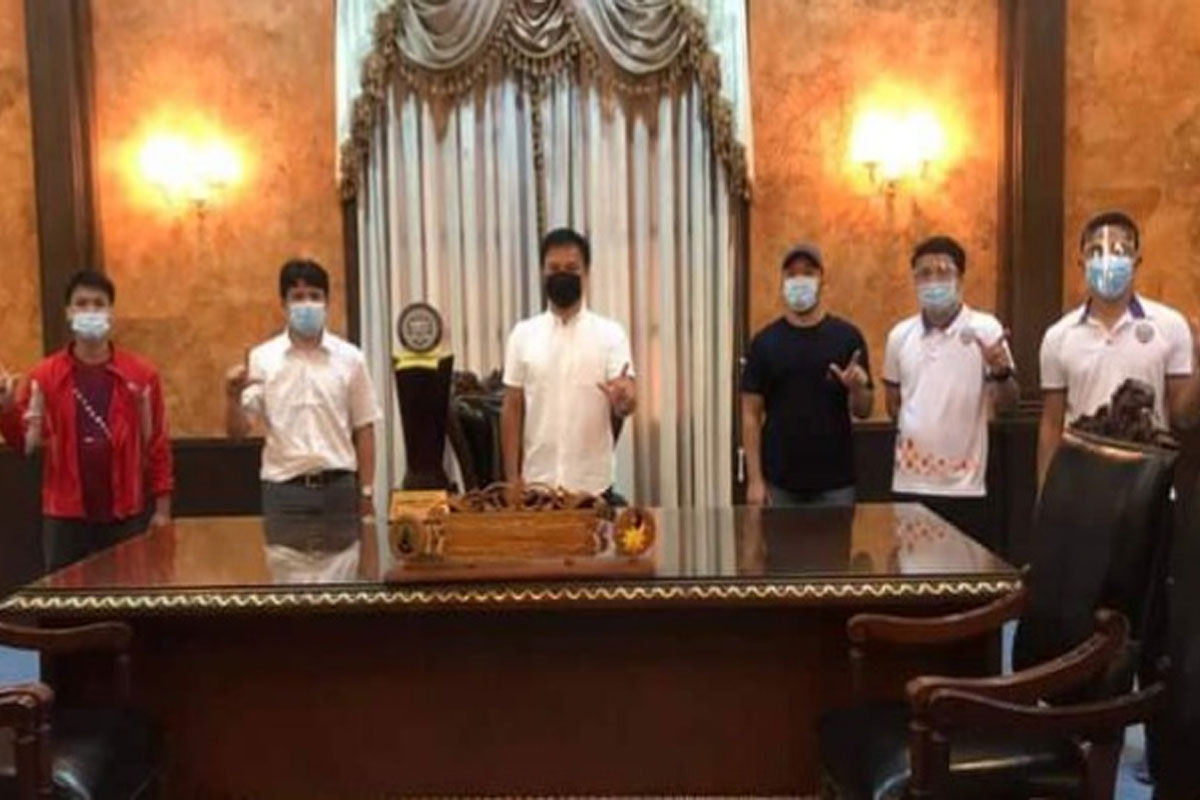 The tough gets going in PCAP

GM Oliver Barbosa, the fourth leading individual scorer after the regular season with 78 points, and WIM Jan Jodilyn Fronda, the top local female player with 74.5 points, will banner the Predators’ bid against the Spartans in this 24-team, import-flavored conference sponsored by San Miguel Corporation.

San Juan’s import — GM Victor Moskalenko — is also expected to play a big role as the Predators of PCAP Chairman Michael Angelo Chua and coach Hubert Estrella hope to make it three wins in a row over the Spartans.

Cavite,which finished ninth, made it to the quarterfinals by beating No. 8 Cagayan Kings twice, 11-10 and 11-10, in the play-in competition last Saturday.

In other North quarterfinal matches, it will be No.2 Manila Indios Bravos against No. 7 Isabela Knight Raiders: No. 3 Laguna Heroes against No. 6 Pasig Pirates; and No. 4 Caloocan Load Manna Knights against No. 5 Antipolo Cobras.

Manila will be bannered by veteran IM Cris Ramayrat, Jr., who leads all players in the individual standings with a runaway score of 92 points on 78 wins, six drawa and five losses.

Cordova, which edged All-Filipino runner-up Camarines Soaring Eagles for te top spot in the South, will pin its hopes on GM Nitzan Steinberg and the high-scoring trio of WIM Bernadette Galas (72), Brylle Arellano (71.5) and Allan Pason (71..5).

Other South quarterfinal pairings will pit No. 2 Camarines against No. 6 Mindoro Tamaraws; No. 3 Iloilo Kisela Knughts against No. 6 Toledo City Trojans and No. 4 Negros Kingsmen against No. 5 Zamboanga Sultans.

Backing up Paragua are Christian Mark Daluz of Letran, who ruled the NCAA junior chess tournament recently; and Ellan Asuela.

The Eagles’ quarterfinal.opponents will be the Tamaraws, who became the lowest-rated team to make it to the quarterfinals after beating the all-female Palawan Queen’s Gamvits twice in the play-in.

PCAP, the country’s first and only professional chess league, is headed by Atty. Paul Elauria as President-Commissioner, Michael Angelo Chua as Chairman; and Ariel Potot as Vice-Chairman.

The tournament is sanctioned by the Games and Amusements Board (GAB), headed by Chairman Abraham “Baham” Mitra.