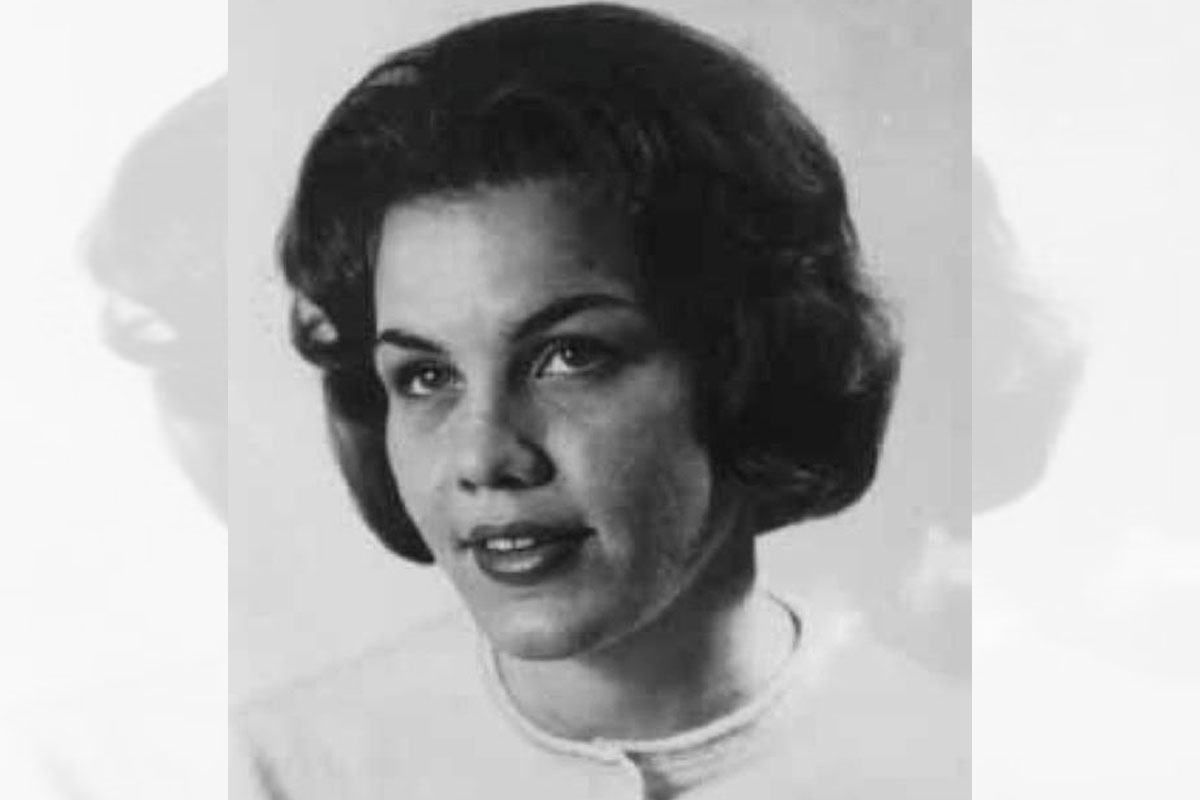 Mary Shotwell Little had very little in her life that would point to her becoming one of the most baffling unsolved mysteries in United States history. An unassuming 25-year-old secretary at the C&S Bank in Atlanta, Georgia, she had a happy life with her husband, a bank examiner named Roy Little Jr., she was considered a hard worker, had close friends and no enemies, and mostly lived a normal, content life with long, rewarding life ahead of her. Yet, her life would soon spiral into an incredibly weird series of events and a strange and tragic vanishing that has never been solved.

On October 14th, 1965, Mary went to work as usual, and after that she went to do some shopping at a posh, upscale shopping mall called Lenox Square, which was well-lit, full of people, and considered to be one of the safest places in the city. There she bought some groceries at the Colonial grocery store, browsed through some of the high-end shops there, and later on met up with a friend for work to have dinner at the mall’s S&S Cafeteria, after which they went shopping at Rich’s Department Store until 8 p.m. Mary would be described as acting totally normally and indeed in high spirits, looking forward to her husband coming back the following evening and entertaining their friends that night. When Mary and her co-worker parted ways at approximately 8 p.m., it was totally normal, with Mary giving a casual “See you” and walking off through the well-lit mall still bustling with people. It was a perfectly nice, normal evening in a safe place, so when she walked off there would have been no way to know that she was about to keep on walking right off the face of the earth. 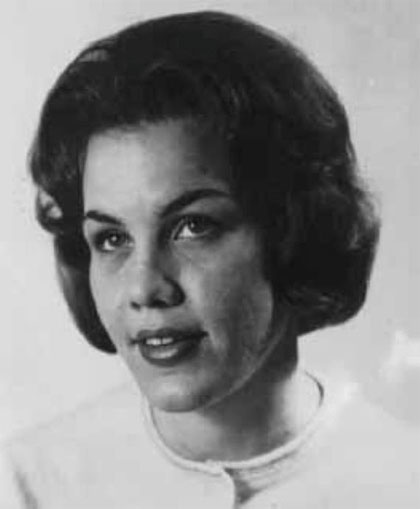 The next day, Mary failed to show up for work, which was very odd because she never missed work and would have called in even if she had. Phone calls to her home remained unanswered, so her concerned boss and co-workers went to go look around for her, in the meantime calling the mall security guards. Oddly, although initially Mary’s car could not be located by security guards, when Mary’s boss and co-workers arrived they found her car, a new 1965 metallic pearl gray Mercury Comet, still in the Lenox Square parking lot exactly where she had parked it, as thought she had never left the mall in the first place. Two other people who worked at Lenox also insisted that the Comet had not been in the parking area that morning, and the car had never been ticketed, which it would have if left in the parking area overnight, so what was going on here? Also weird was that her car’s license plates were gone and replaced with what turned out to be stolen plates from Charlotte, North Carolina.

The car itself was in quite a strange state, covered with a coating of red dust and dirt, as if it had been driven around off road. Even weirder than this was what was inside. Besides four bags of groceries, some Coke bottles, and Mary’s cigarettes, rather bizarrely her slip, panties, a girdle, a bra, and a single stocking were found neatly folded inside the vehicle on the console between the front bucket seats. Nowhere to be seen were her outer clothes, raincoat, purse, keys, or jewelry, including the Women’s College class ring she wore at all times. More ominously, the interior car was peppered with visible smears of small amounts of blood. However, of Mary herself there was no sign.

There were already numerous questions swirling. Where was she and why was her car so dirty? Her husband’s meticulous mileage logs and Mary’s odometer showed 41 miles unaccounted for, which was also a bit strange. Considering this, the dirty condition of what had been a spotless new car, as well as the fact that security had not located it at first and witnesses had not seen it in the morning, police were going with the working theory that someone had abducted her, and driven somewhere else to imprison her or worse, but if that was the case then why would the perpetrator risk bringing the car back at all? Why kidnap a woman, bring her somewhere else to possibly kill her, then bring the car back to risk being seen and caught? Also, why leave the woman’s undergarments and all of the other evidence within it? Indeed, how could someone have managed to overpower he in a crowded, upscale mall area without anyone noticing? Nothing seemed to make any sense, and it was all about to get even more bizarre. 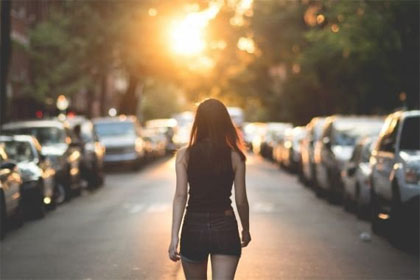 As the search went on for the missing woman across the city and her face was plastered all over the news and on posters and flyers, authorities began to turn up some creepy clues. Speaking with her friends and family, they learned that Mary had expressed a fear of being home alone or in her car alone, which was very uncharacteristic of her and a sentiment she had never shared before. Co-workers also explained that she had been getting calls at work that seemed to upset her, although she never talked about who the calls were from or what had been said to her, although one witness claimed to have heard her say “I’m a married woman now.” She had also apparently received flowers from a “secret admirer” in the weeks leading up to the disappearance, which they had purchased from a florist near the Littles’ home. None of this had a clear connection to what had happened but it was certainly curious.

Police also started to find other weird clues that seemed to show that she may have still been alive after the disappearance. They found that Mary’s gasoline credit card had been used at two separate stations in Charlotte and Raleigh, North Carolina, the first time just hours after she had last been seen and the second 12 hours later, both times signed “Mrs. Roy H. Little Jr.” in what appeared to be her handwriting. Witnesses at both establishments also said they had seen a dazed and confused, disheveled woman with a minor head injury being escorted by two intimidating and unshaven middle-aged men as she tried to cover her face. Interestingly, Charlotte was Little’s hometown, where she had lived before moving to Atlanta, but talking with her family there turned up nothing because they claimed they had not heard from her.

If the woman in question had indeed been an abducted Mary Little, it posed more questions than answers. Why would her kidnappers take her to her own hometown hundreds of miles away from where she had gone missing and a place where she would surely be recognized? Also, considering the time frame, her car back at Lenox Square would have been taken and returned after she had already been far away in North Carolina, suggesting that there would have to be two separate perpetrators working together, but why? Also, how had those stolen license plates wound up on her car and why? Another anomaly is that the two cities where the card had been used were only a two or three-hour drive apart, so why had the car needed to be refilled and why 12 hours between charges? Considering that an attendant had gotten the plate number of the car allegedly carrying Mary, the car in North Carolina was searched in the system, but would prove to have had stolen plates, leading to a dead end. Oddly, shortly after this lead, Mary’s father would be contacted by a person claiming that she was still alive and demanding a $20,000-dollar ransom, but no one ever showed up at the location and there was no further contact. It was thought to be a hoax. This is where the entire investigation hit a wall that it has stayed up against ever since. 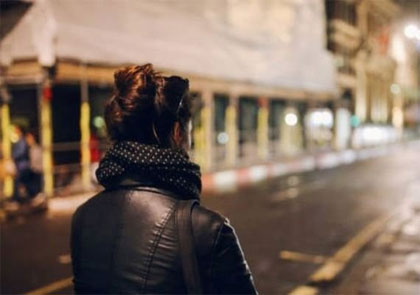 No suspects were ever found in connection to the vanishing, and while some suggested Mr. Little as a potential person of interest, with the possible motive of finding out about her fling, he had an alibi in his business trip and there was never any evidence to show that he had had anything to do with it. Over the years the investigation would pursue every scrap of information or lead they could find, and while some of these seemed promising at the time, they ultimately led nowhere. One of these potentially groundbreaking leads was a murder that happened in May of 1967, in which the victim, Diane Shields, had worked as a secretary at the exact bank where Mary had worked. Rather spookily, Shields had also received mysterious flowers before her death. It seemed like a major breakthrough, but the one who had sent Shield the flowers was found and cleared, no connection between the two cases could be found, and in the end it was considered to be just a creepy coincidence.

There would be numerous people stepping forward to claim to have seen the missing woman or to know what had happened to her or no someone involved, but these never led anywhere and most were written off as unreliable at best and deliberate hoaxes at worst. As the case became famous and in the void of any good leads or evidence all manner of theories flew around, including that she was kidnapped, murdered, sold into a sex trafficking operation, or that she staged the whole thing to go off and start a new life, but none of these really make sense out of the quagmire of disparate, very bizarre clues. The legendary Atlanta homicide detective W.K. “Jack” Perry would spend the rest of his career pursuing the cold case and never manage to crack it, and Mary Little has never been found, nor a suspect ever arrested. It seems it will probably remain that way as well, since there is no DNA evidence remaining to test with more modern techniques, all of the detectives who worked on the case have either long since retired or died, and witnesses are no longer available. The case is mostly followed by amateur sleuths, and unless some major breakthrough comes out, this is a case that will probably forever remain unsolved.